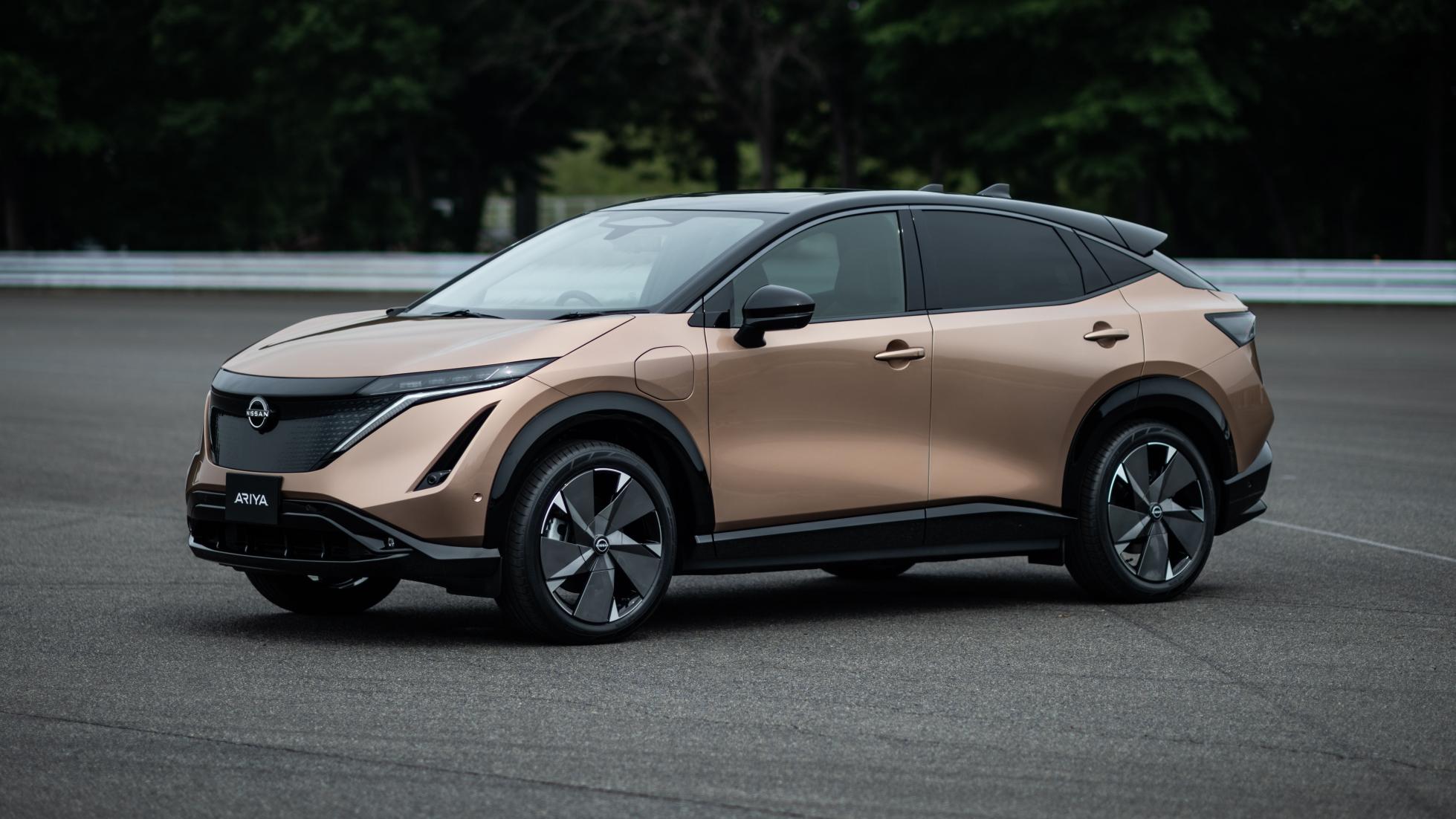 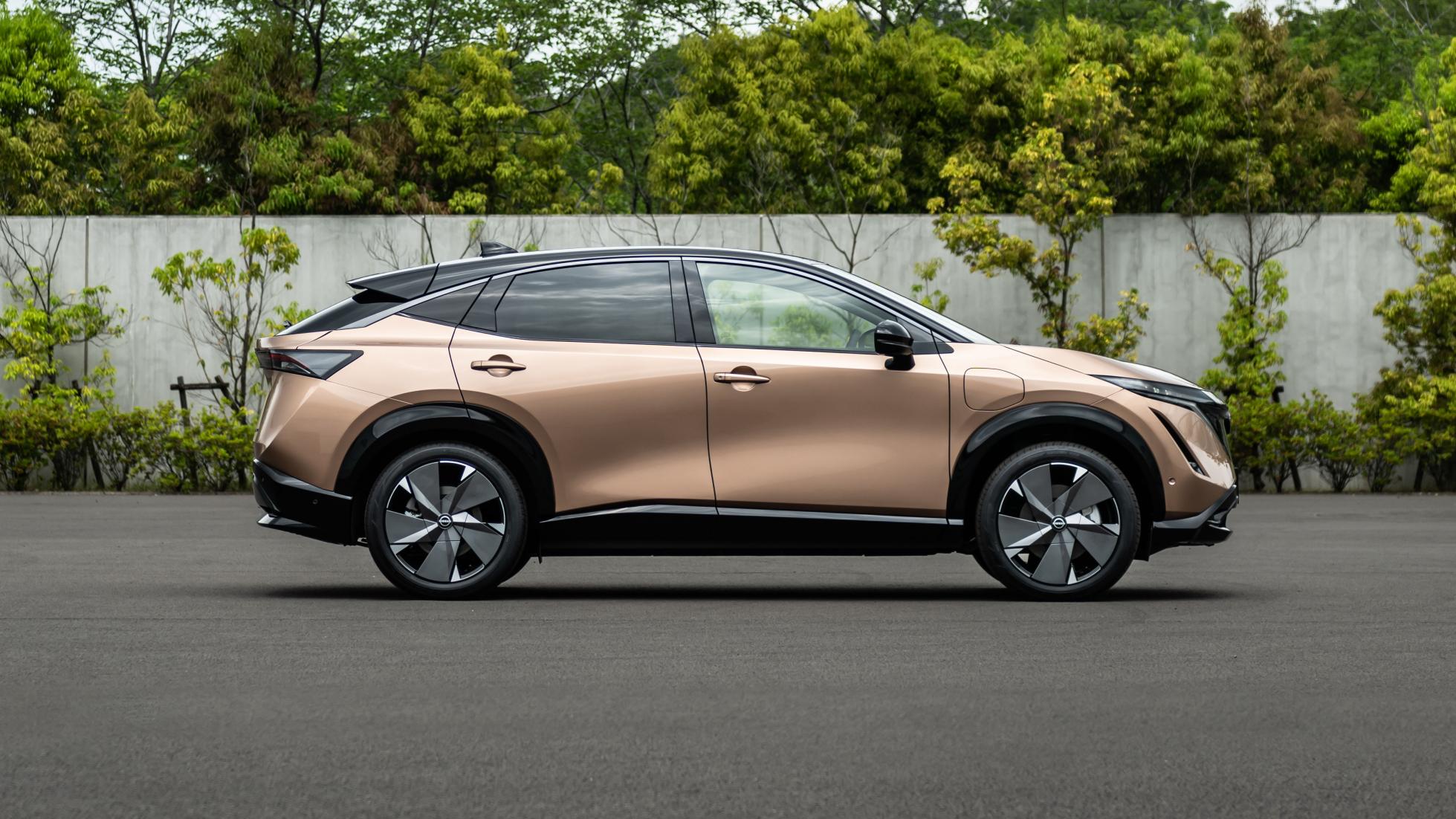 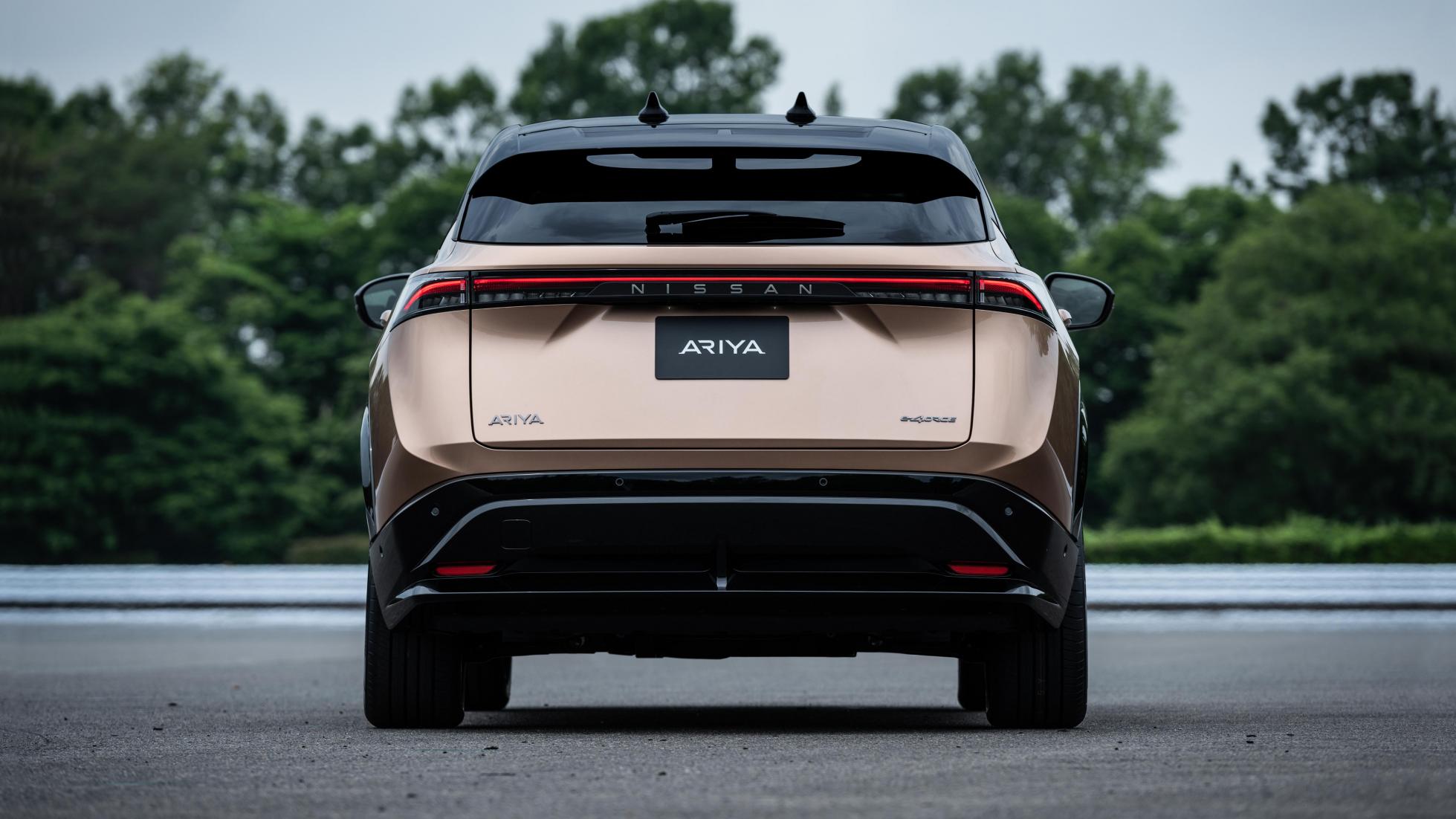 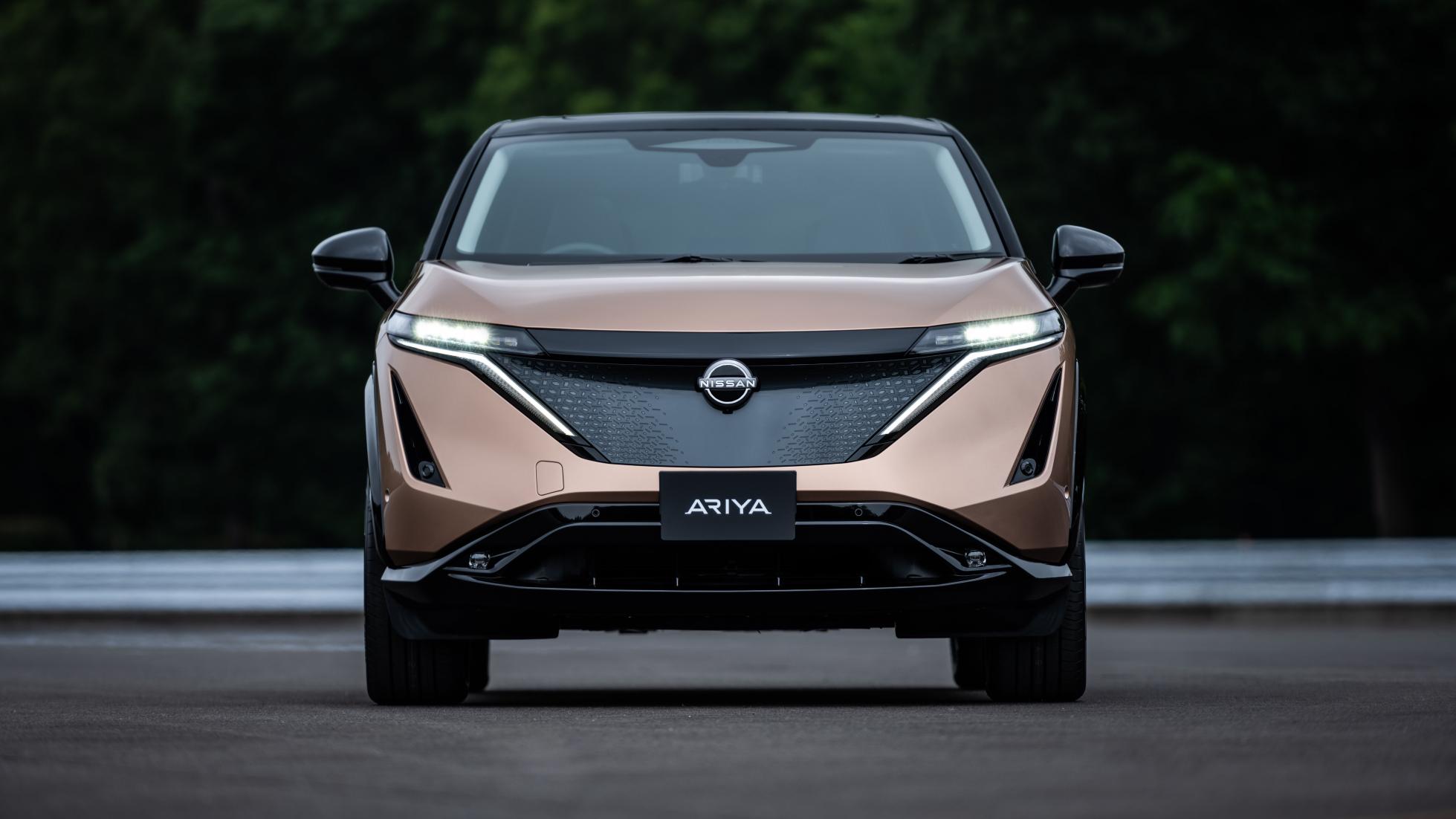 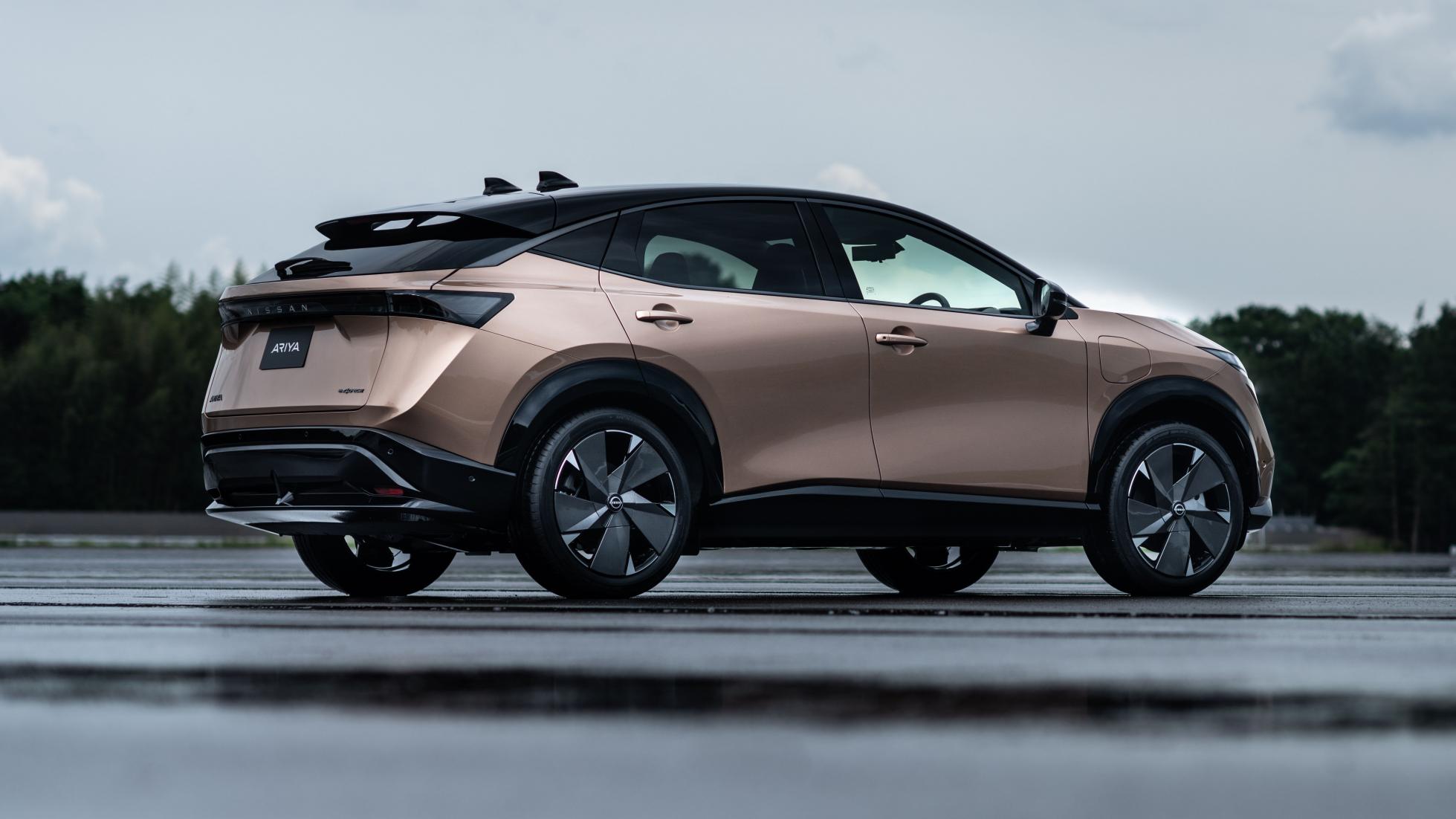 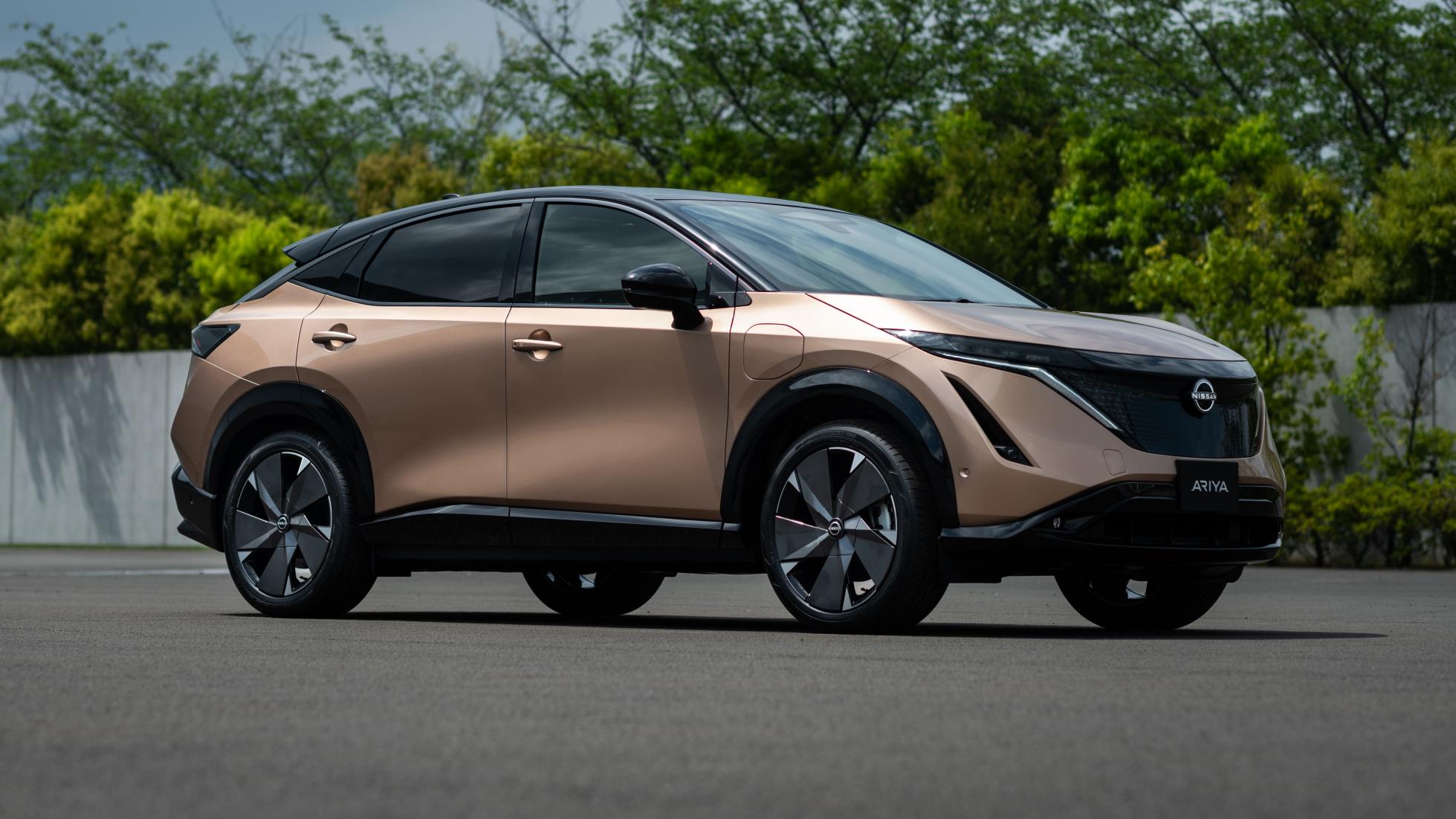 A decade after the Leaf, Nissan has shown its second electric car, the Ariya. In the world of EVs, a decade is an epoch, and this is an epoch ahead.

Start with some numbers no Leaf owner would recognise: a 0-100 time of 5.1secs, and 400hp from four-wheel-drive. Or a 2WD one with 500km range. It also charges far faster than the Leaf.

But then it needs these things, because it’ll be up against a bunch of other electric crossovers when it goes on sale here next year.

The Tesla Model Y, VW I.D.4, Ford Mustang Mach-e and BMW iX3 are no pushovers. It doesn’t replace the Leaf, but sits above it.

The production version of the Ariya is strikingly similar to the concept version shown at the Tokyo show last year. That applies to the interior too, the part of concept cars that usually suffers a depressing watering-down.

Outside, the simple surfaces seem to have been sliced out with a samurai sword. It’s all about clean design reflecting the clean energy, see.

In front there’s a textured shield in place of a grille, providing a home for all the sensors for the ProPilot assisted-driving tech. That’s framed by oblique running lights, with super-slim LED headlamps. Air-curtain intakes reduce drag past the wheels.

The profile shows a long wheelbase, and the windscreen pushed forward to cut drag. Two-tone paint and a chrome blade aim to hide the bulk of the upper canopy.

Inside, it’s all about calm visual simplicity, as is the idiom among these EVs. At least until the screens come to life. The dash looks slim, because the climate unit is evicted to a home under the bonnet. Its controls are a set of hidden capacitive haptic-touch buttons that illuminate through the dash trim when the car is running.

Two 12.3-inch screens plus an HUD give a bunch of display options. You can choose how to divide cabin space by motoring the armrest/console back or forward. 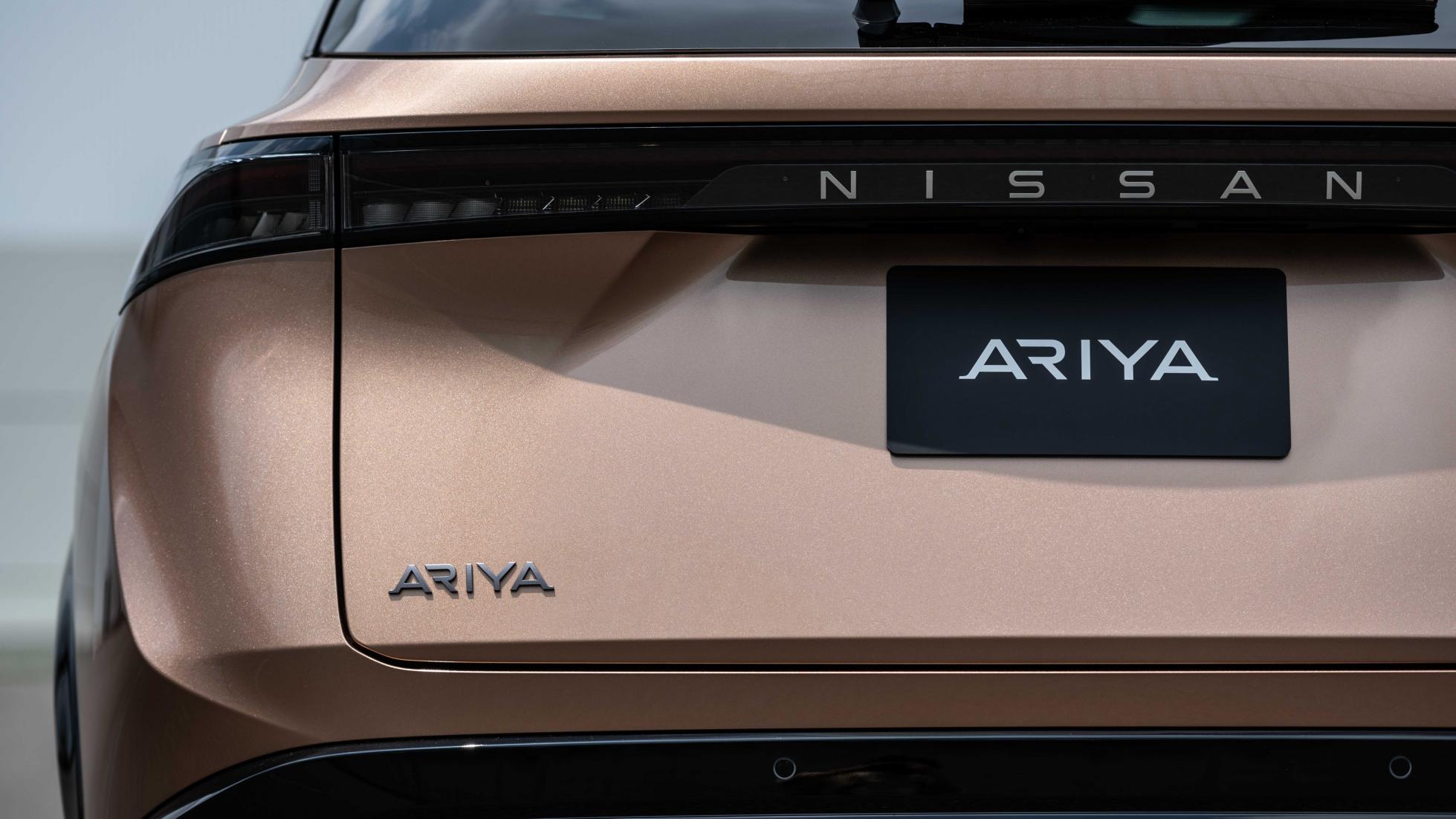 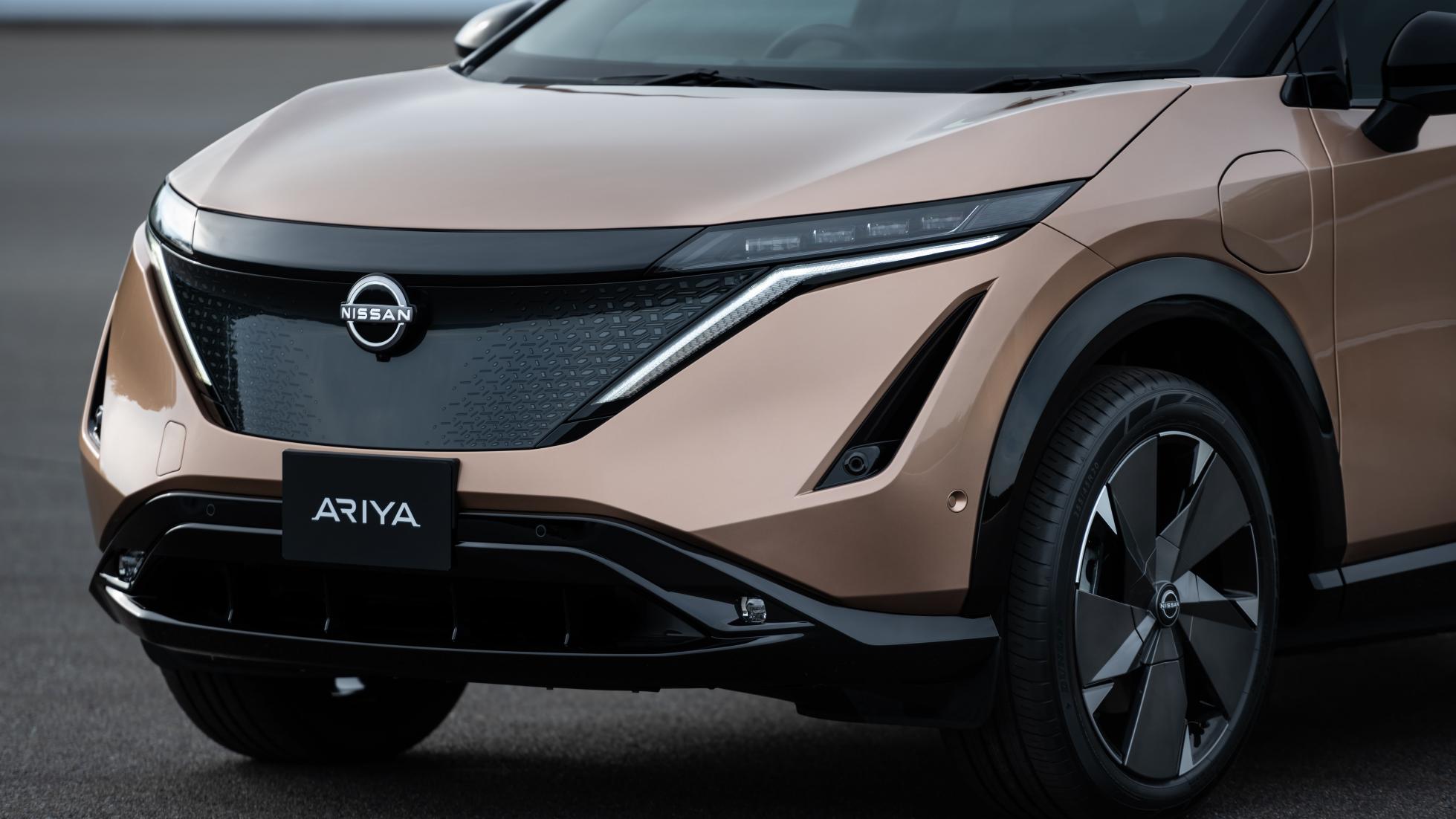 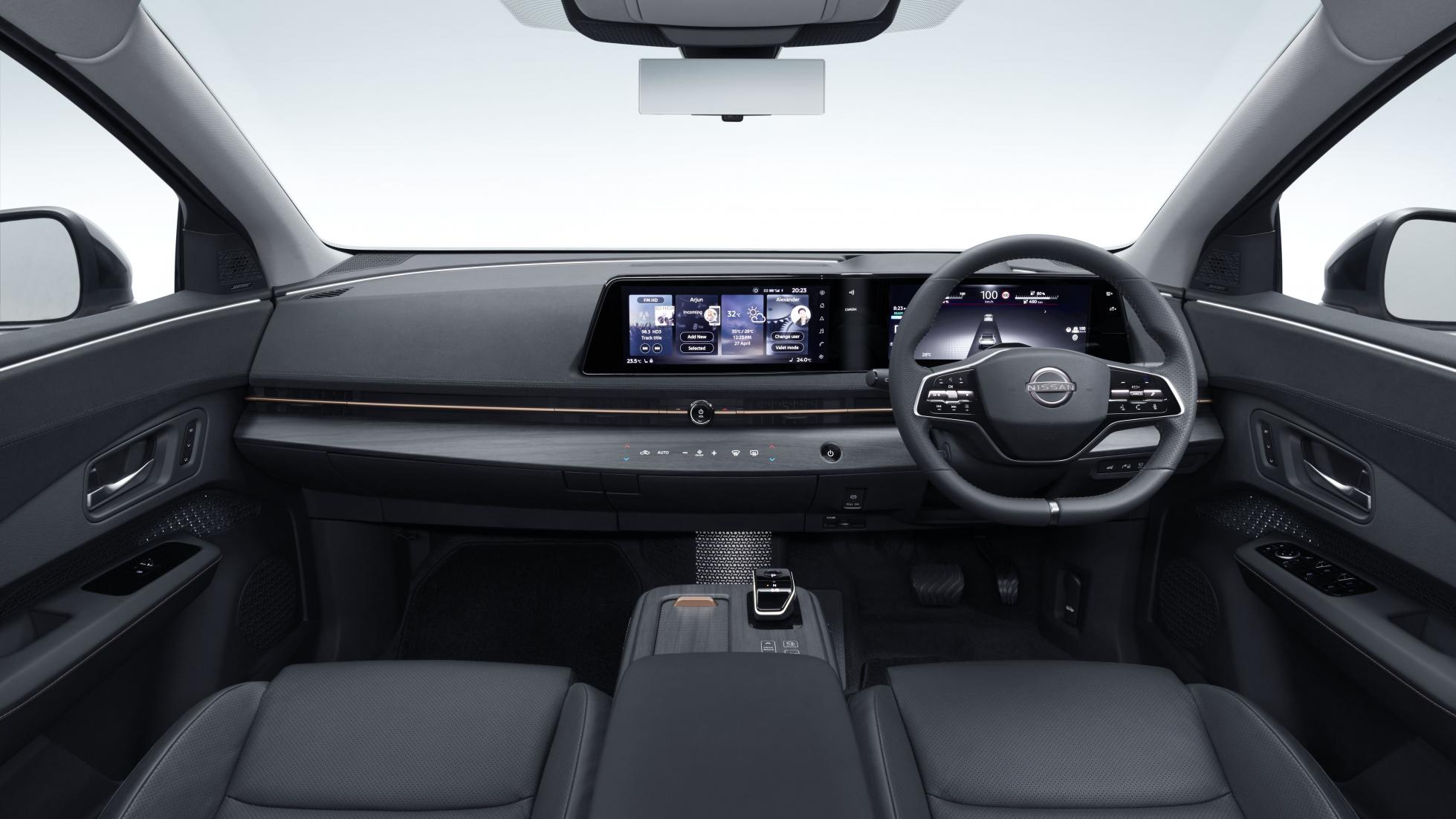 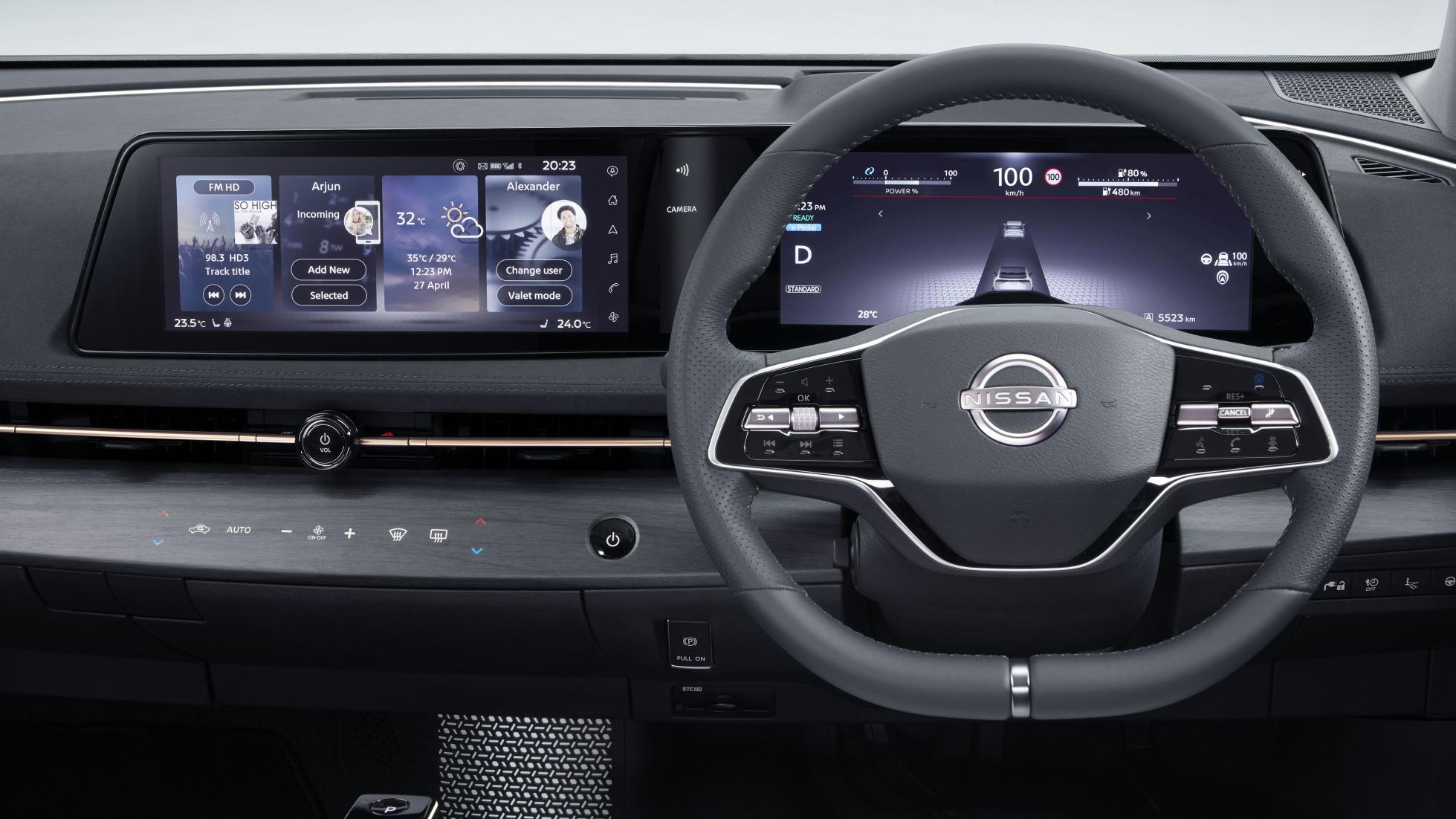 It’s an all-new electric platform, which will serve other Nissan and Renault cars. In this case, it’s 4.6m long, just 20cm more than a Qashqai. But Nissan says the long wheelbase makes it much roomier inside.

The battery sits under the floor, but isn’t a simple flat oblong shape. It has a thicker section under the back seats.

Two battery capacities are available, 63kWh and 87kWh (admirably Nissan is quoting the useable capacity not the gross as others do).

These pair with two main drivetrains, a front-motor and a twin-motor 4WD. The cheapest is the front-motor 63kWh, giving 358km range.

There are two big-battery 4WD options, the top one being a ‘performance’ version with that 5.1secs 0-100 time. Nissan calls the two-motor system e-4ORCE because if its torque-vectoring ability.

The battery system shows two voltes-face versus the Leaf’s. It’s water-cooled, allowing much faster charging of up to 130kW.

That means adding 375km range in half an hour to the big-battery version, if you can find a charger with this much power.

The Ariya also uses a CCS connector in Europe, which is becoming the standard here, rather than the Leaf’s CHAdeMo.

Although the launch video showed drivers smiling with their hands in their laps (ooh-err), it turns out the ProPilot 2.0 driver assist system is still hands-on. But it uses high-def online maps as well as a thicket of sensors to help steer as well as change speed according to limits and upcoming corners.

Nissan is talking up the Ariya as a ‘new start’ for the company, which has been losing money and focus over the past few years.

Predictably, this means it also has a new brand logo, with a lighter type and tapering borders. Its predecessor, a chubbier shape, was known internally as the hamburger. With a new Nissan Zed on its way, which is your favourite from this list?