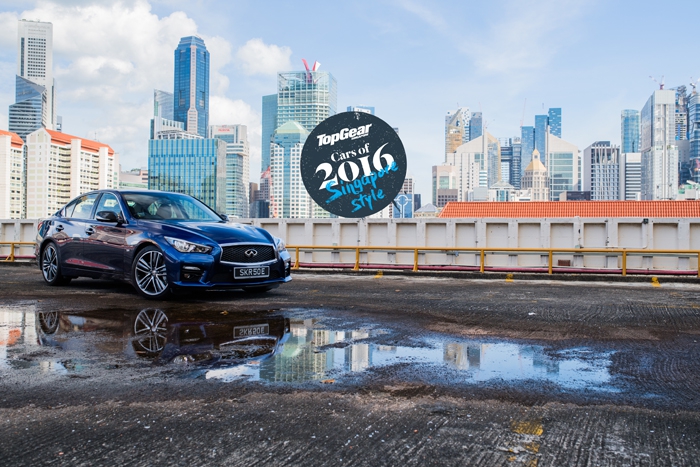 With the Q50 Red Sport 400, Infiniti speaks softly, but carries a big stick 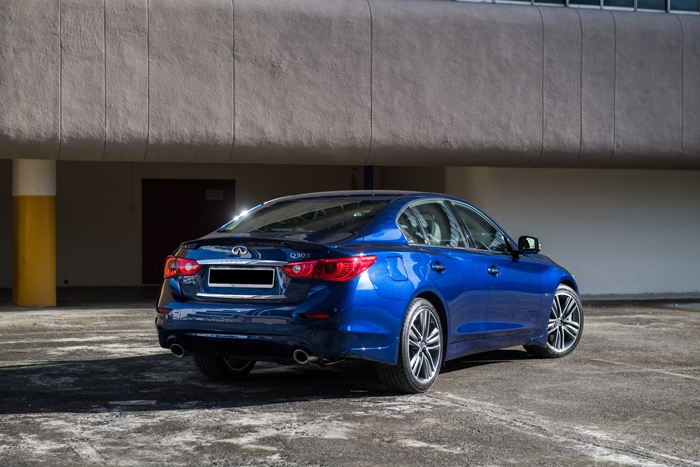 Singapore - It’s hard to pooh-pooh a compact, rear-drive Q-sedan with 400bhp, especially since it so happens the Infiniti Q50 Red Sport 400 is ‘Q’ in both spirit and name.

Ignore the mouthful for a moment and let’s tackle the elephant in the room: engine output, marketing spiel and wishful thinking aside, the Red Sport isn’t intended to compete with the hard-edged Teutonic triumvirate that comprises RS, M and AMG, so you should recalibrate your expectations accordingly.

Even if it’s not intended as such, at some subconscious level, the few guys we put behind the wheel still mentally benchmarked it against their own M and AMG cars.

In reality, Infiniti’s plus-sized performance upgrade is targeted at folks who want a quick compact sedan of the same ilk as say, a BMW 340i, for instance, which is likely to spend the most time on normal roads and regular B-road blasts, with likely zero to no chance of a track outing. 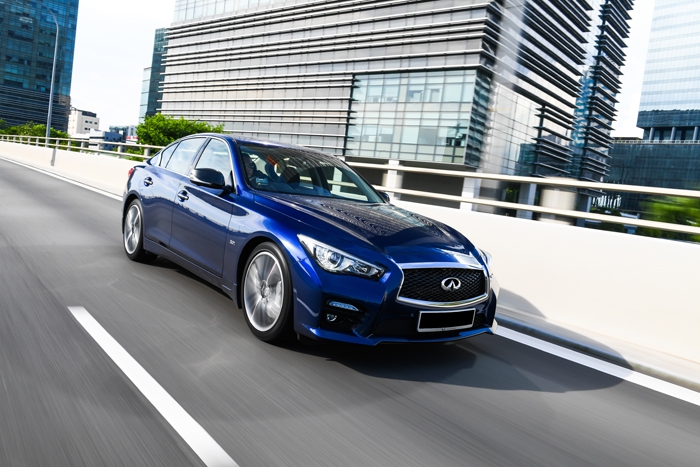 As a fledgling effort for the brand, the Red Sport is modest, demure even, with scant visual war-markings and armour to announce its storming credentials, all of which is perfect for someone looking for discreet performance.

It’s subtle to the point of being nondescript – a classic hallmark of a stealth car – but the aesthetic cues are there for those who know what they’re looking for, which makes the Red Sport’s firepower all the more incongruous. 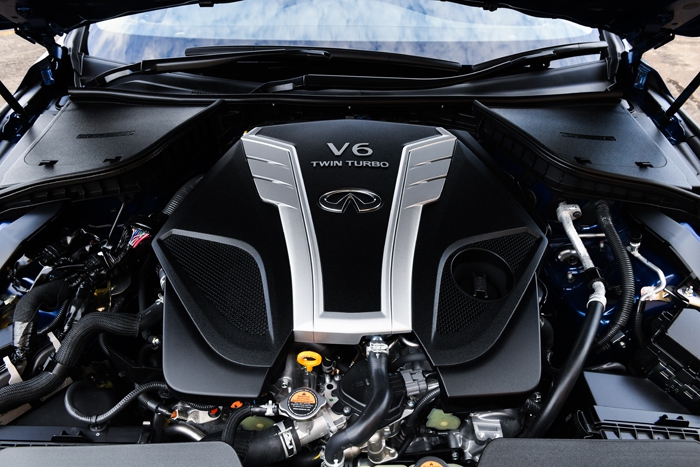 Replacing last generation’s VQ naturally-aspirated V6s, at the heart of the Red Sport beats a stirring ‘VR30’ biturbo V6 that is from the same engine family as the mighty Nissan GT-R – in this highest-performance Q50 model currently available, the 3.0-litre is tuned for 400hp and 475Nm (if you’re wondering, a BMW 340i produces 330hp/450Nm). 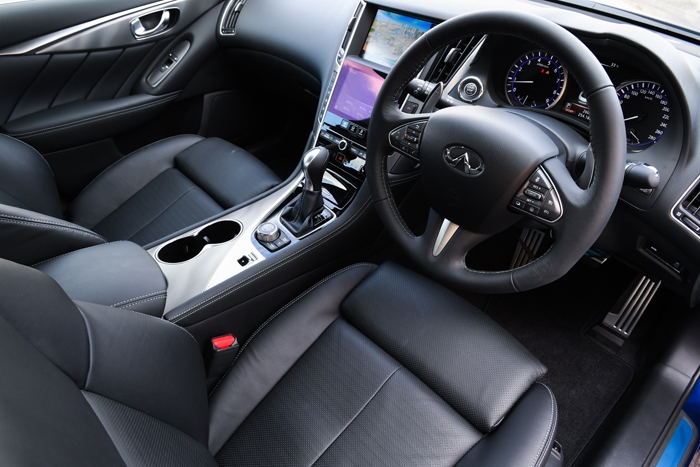 Paper qualifications are fine and dandy, but there’s a lot more to any sportscar than outright numbers alone.

Despite its impressive engine output figures, the Red Sport is still a heavy car that tips the scales at just under 1.75-tonnes, with a chassis more suited to B-road bombing than track precision driving.

Still, mated to a 7spd auto, the 100km/h sprint from standstill is dispatched in just over five seconds, which is decently brisk, but to us, the Red Sport offers a lot more than baiting sportscars at every traffic light grand prix. We should qualify that ‘perfection’ isn’t a quality we look for in our Cars of the Year awardees. Many new cars in the class feel sterile and clinical, as the emphasis on ‘effortless performance’ normally points to a ‘numbing-down’ of responses and sensations, so one ‘fast car’ begins to feel like any other fast car – getting into another one of those point-and-squirt-type cars lost its appeal a long time ago. As far as the Red Sport is concerned, we had no qualms working for our supper, because grappling with the new model’s grip and taming its chassis are still bits we enjoy about our jobs and it was pretty satisfying trying to get under the skin of the Red Sport.

Considering how most cars these days err on the side of safe and cosseting refinement, the Q50 proves it is capable of delivering old-school giggles – complete with flaws and foibles – with a good spread of performance from the V6 that can easily be tapped into for real-world fast-road driving.

You might not think so looking at it, but the Red Sport is capable of ambushing and embarrassing far more conspicuously sporty machinery at the traffic lights. 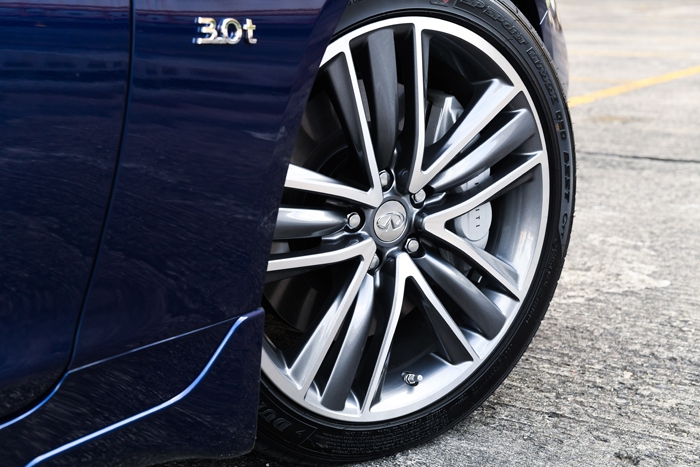 We left the traction control off for most of our time with the Red Sport, and its combination of playful chassis and the latest evolution of Infiniti’s Direct Adaptive Steering system made for a surprisingly involving driving experience.

The latter is a marked improvement over the first generation that was introduced on the bog-standard Q50, which to us, felt more machine than man. Thankfully, the new system lets the man feel more of the road than the machine... 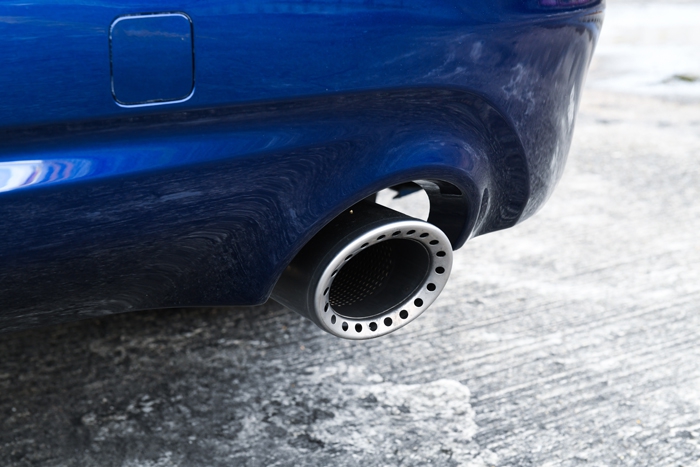 Not only does the Red Sport feature next-gen DAS, it’s also possible to configure feedback and responses to suit your preference, although it also has the usual pre-set driving programmes if you’re too lazy to fiddle around with it, including the ubiquitous Sport+.

If anything, we would have preferred an evocative soundtrack to go with the performance, because despite the exhaust garnish, the Red Sport is pretty much muted as far as exhaust notes go. 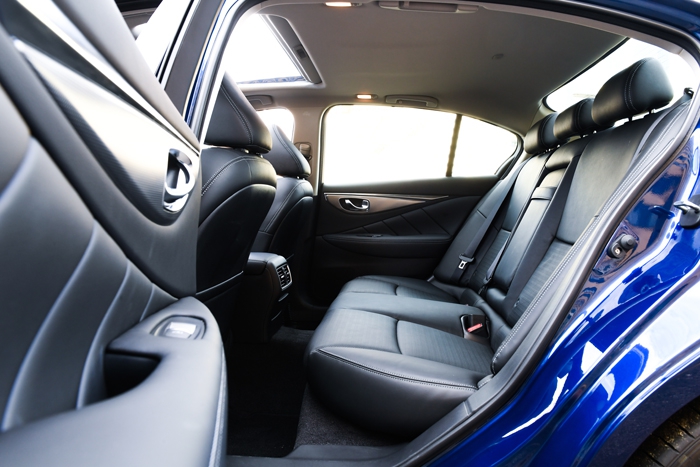 The Red Sport isn’t just a one-trick pony either, because it will also fulfill executive express duties, so it gets by without a rock-hard ride. Even then, the Dynamic Digital Suspension serves up decently sporty body-control and damping, yet offers a pliant enough ride for the occupants on team lunches.

Ultimately, we reckon that the enthusiasts to whom a car like the Red Sport would appeal are open-minded and don’t want another ‘more of the same’ type alternative, and certainly wouldn’t fall into the brand-snob trap, because gems and diamonds-in-the-rough can transcend brand and badge.

This story was first published in TopGear Singapore #59 (Feb'17)