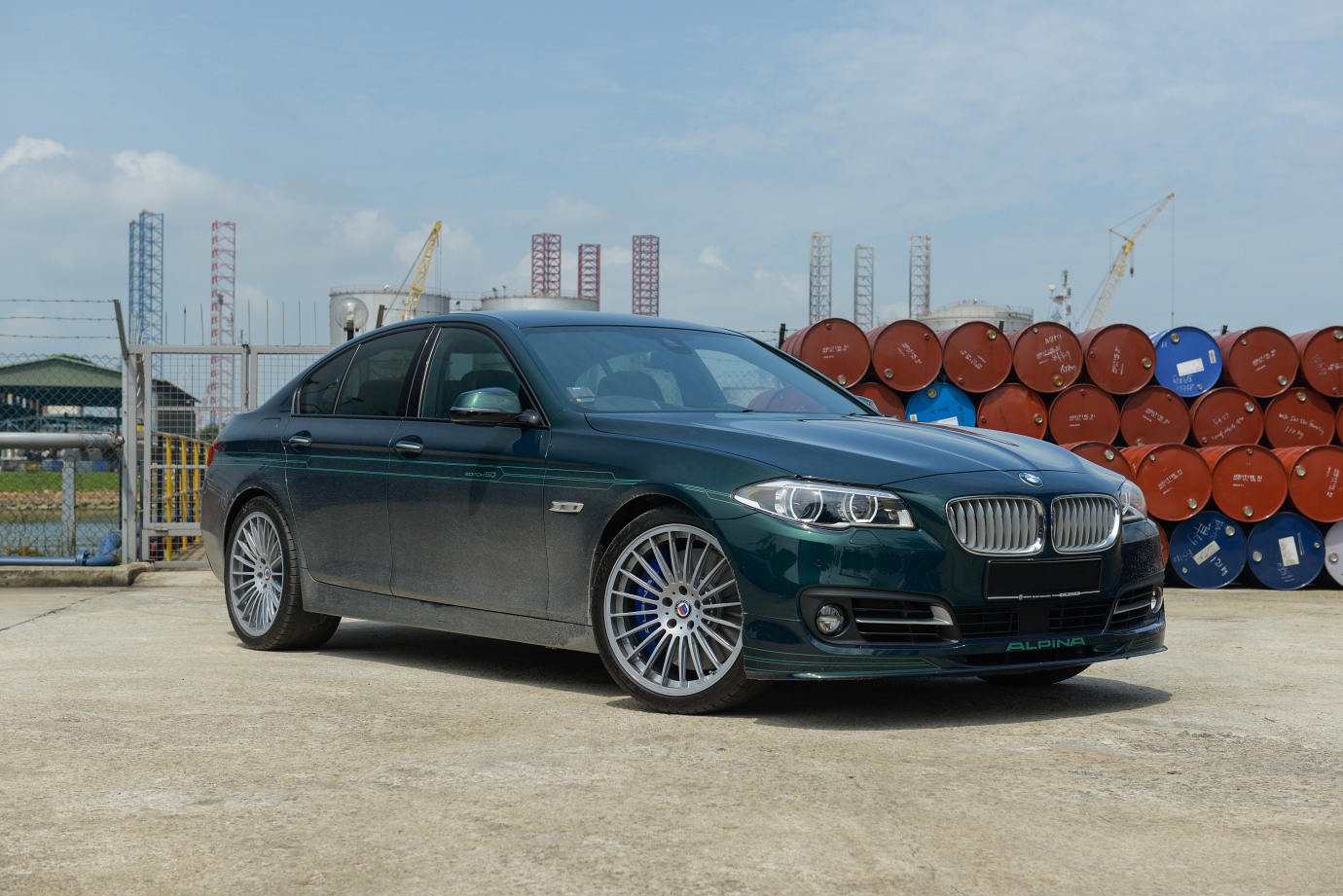 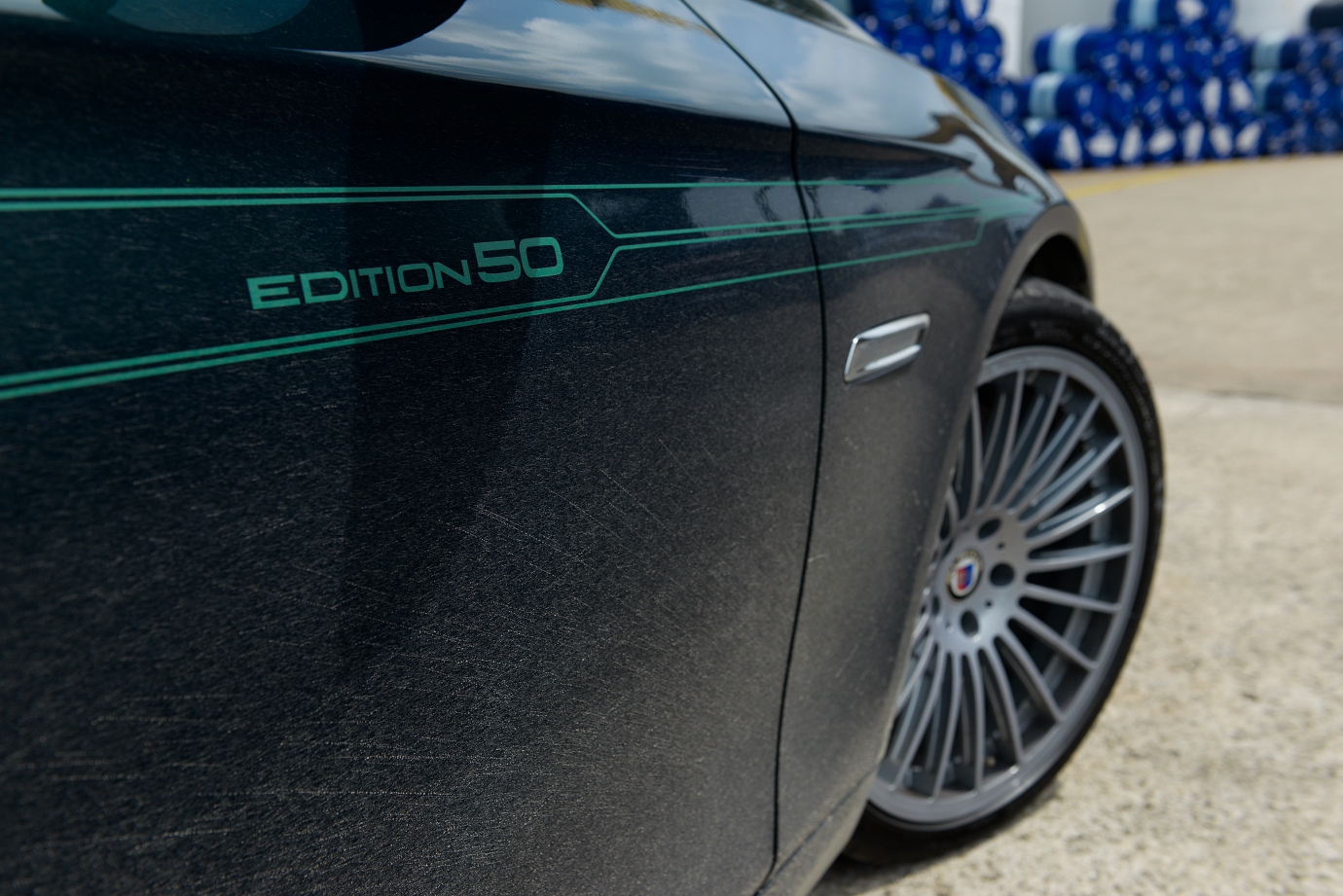 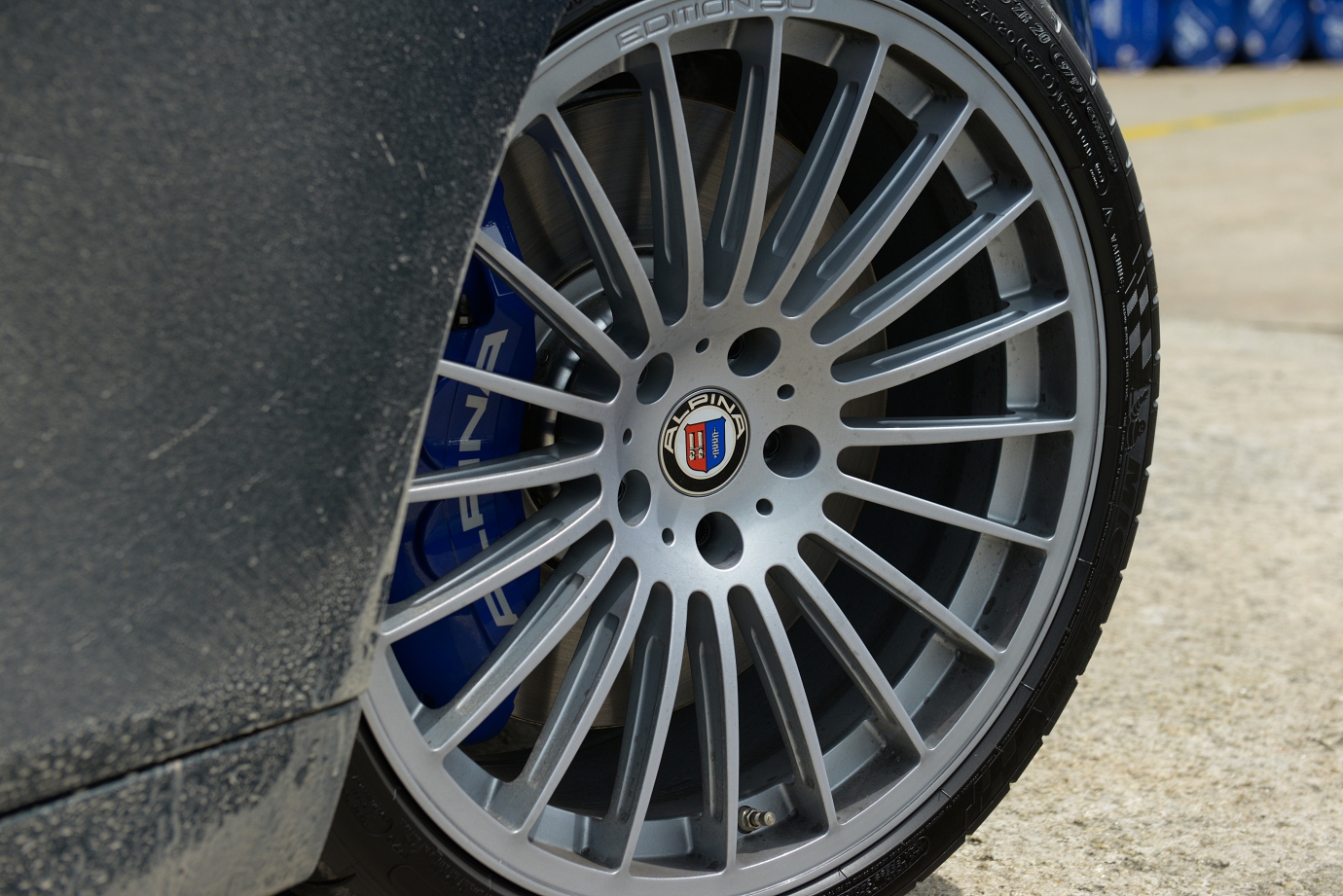 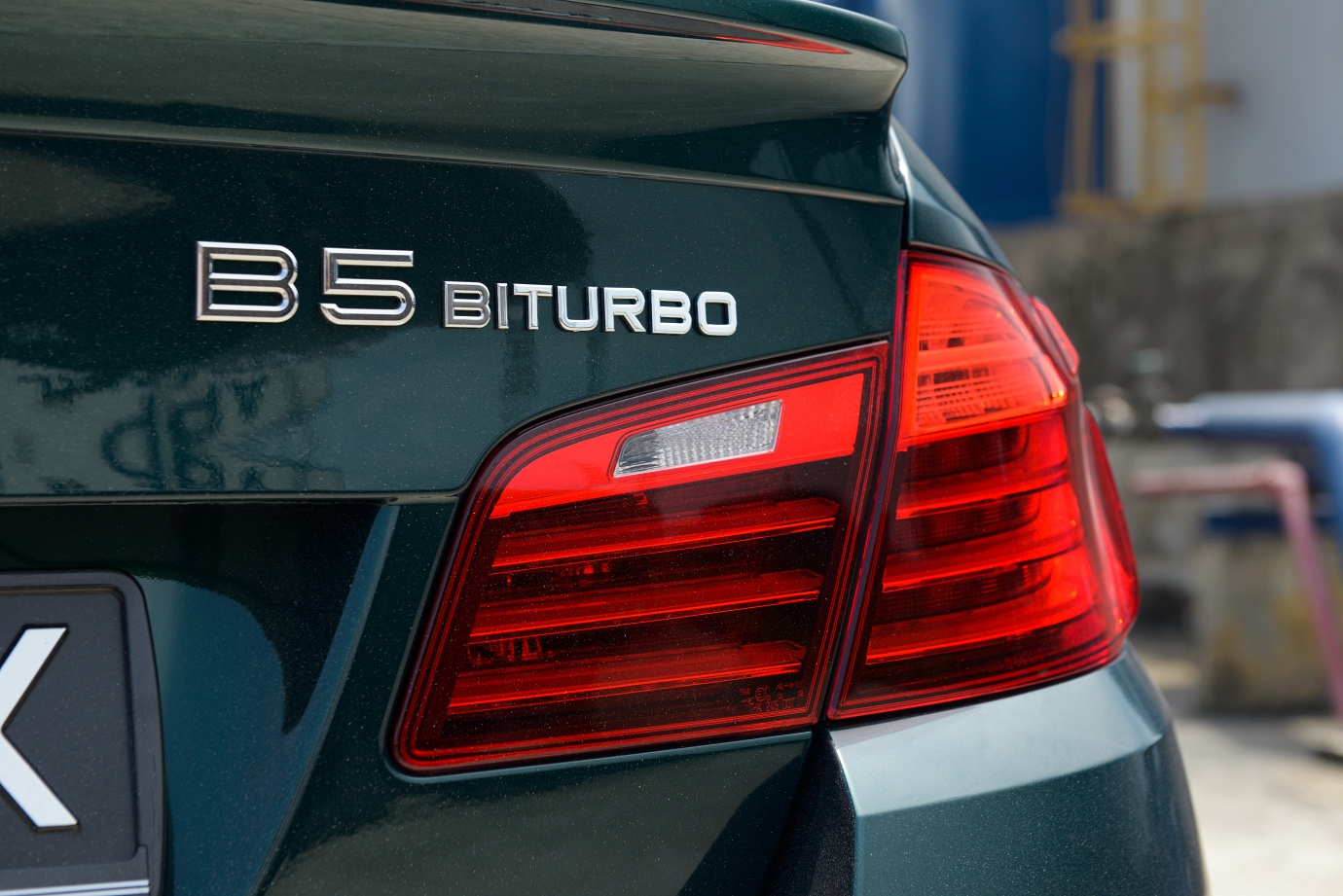 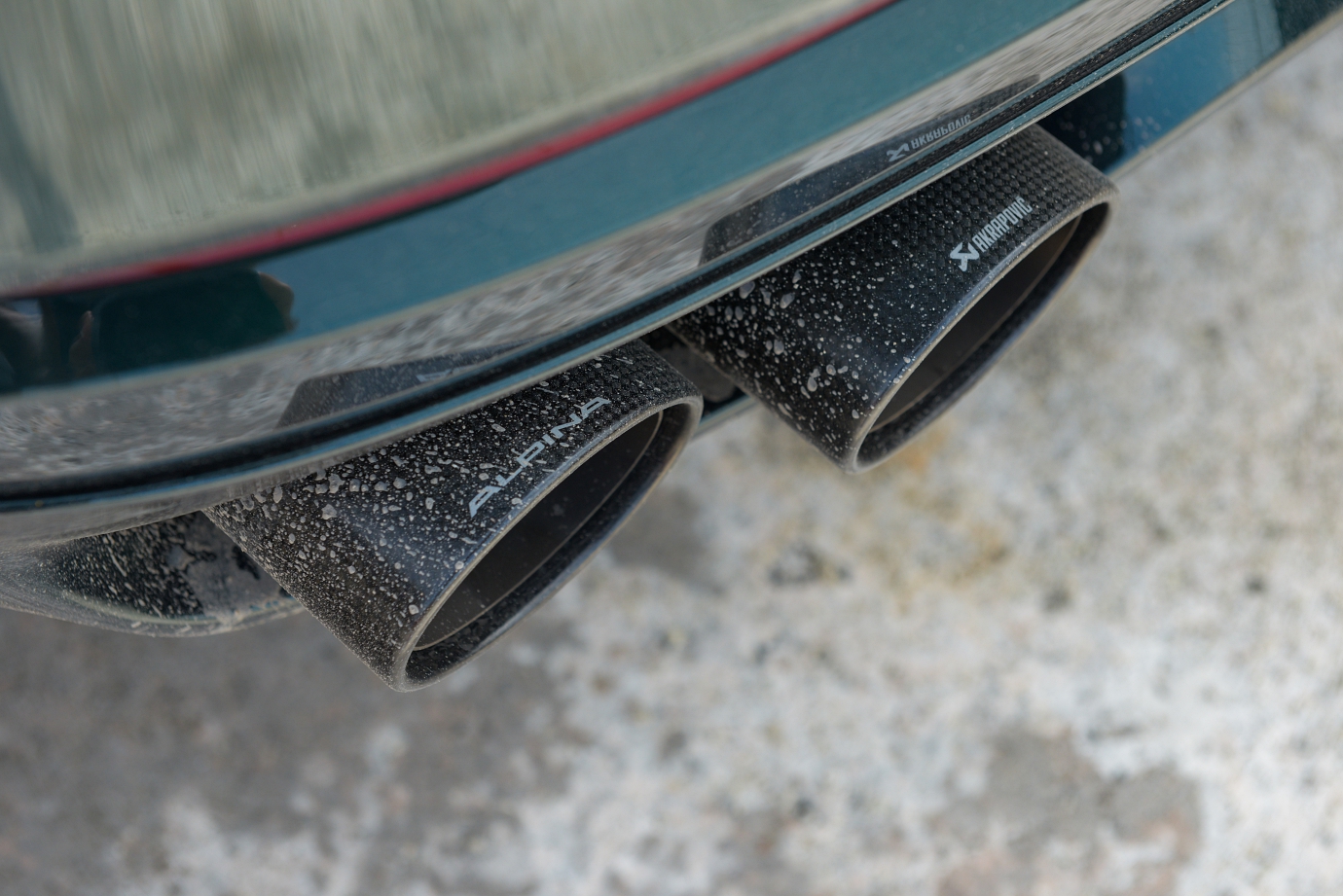 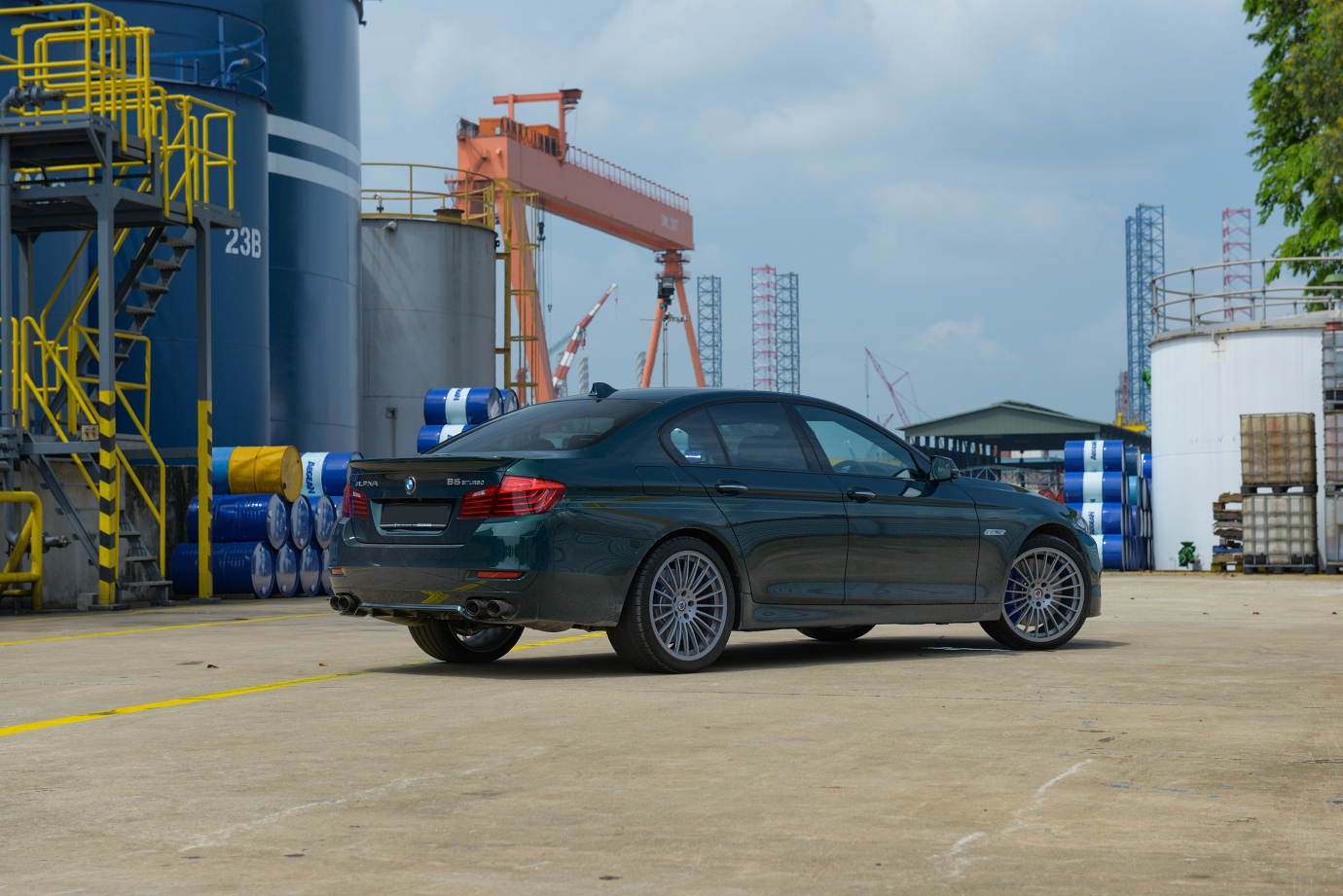 Singapore – Alpina is one of those brands commonly mistaken to be a tuner. It may have started out that way, but Alpina has achieved a level of competency that allows it to be regarded as a proper manufacturer of enhanced BMW cars.

The quality and extent of Alpina's work amounts to more than just emblems, oversized wheels, big boost and a slammed ride. The tuning style is holistic, where the cars look subtly sedate, but are capable of potent performance that borders on the insane.

Unfortunately, there's a catch: you need to drive them or you won't properly appreciate what you're paying for, since the important bits are found only under the skin. The cars tend to be bought by the passionate few who don't need the fanfare of the usual suspects, yet want a superlative level of performance.

Alpina used to be known for its legendary turbocharged beasts, but these days, everyone including BMW has turned to turbocharging so there's some erosion to the impact of its enhancements.

In a nutshell, BMW's customisation programme will take you so far and mostly in terms of aesthetics and handling, short of the hardcore M cars – for everything above and beyond that, Alpina steps in, with warranty to boot. We appreciate the covert understatement to its cars, which feeds our love for stealthy Q-cars.

To celebrate its 50th Anniversary, Alpina has launched 'Edition 50' models that span the B5 and B6, and we managed to get hold of the B5 Bi-Turbo Edition 50 sedan in time for this year's COTY – a novelty because the 5 Series is only otherwise available here as turbodiesel D5 and there's just this single Edition 50 sedan in Singapore. At the heart of this beast is the familiar 4.4-litre biturbo V8, but it's been tuned to a stupendous 600bhp and 800Nm – that's 100Nm more than the 675LT!

In its nostalgic Alpina Green and discreet decal livery, the Edition 50 sits in the lot humming quietly to itself. The visual cues are subtle so we'll highlight the special bits: the lightweight forged 20-inch wheels are a modern interpretation of the familiar 'Classic' wheels, even as a flash of blue callipers peeks out from under the spokes – an uprated brake system copes with the car's intergalactic pace. 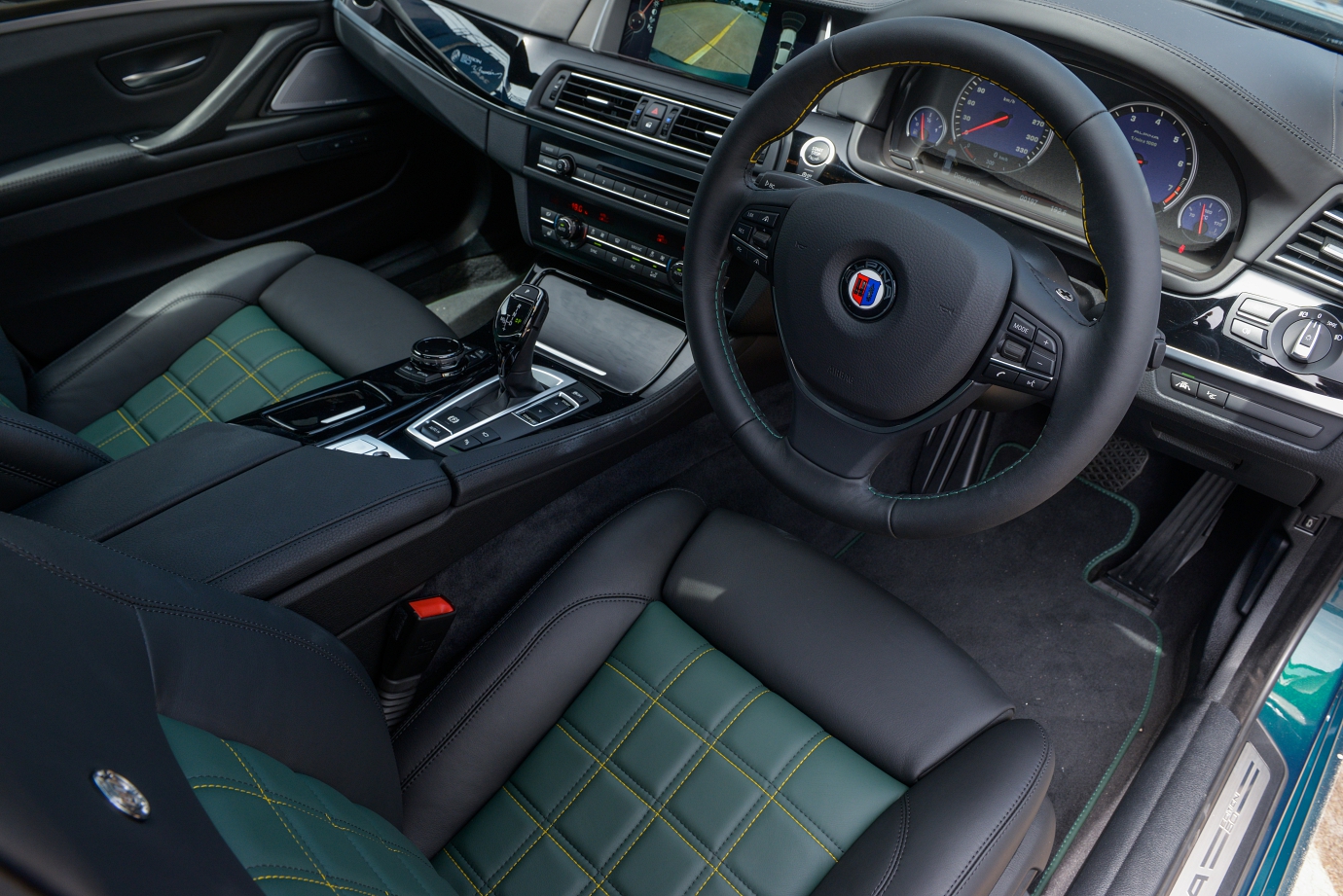 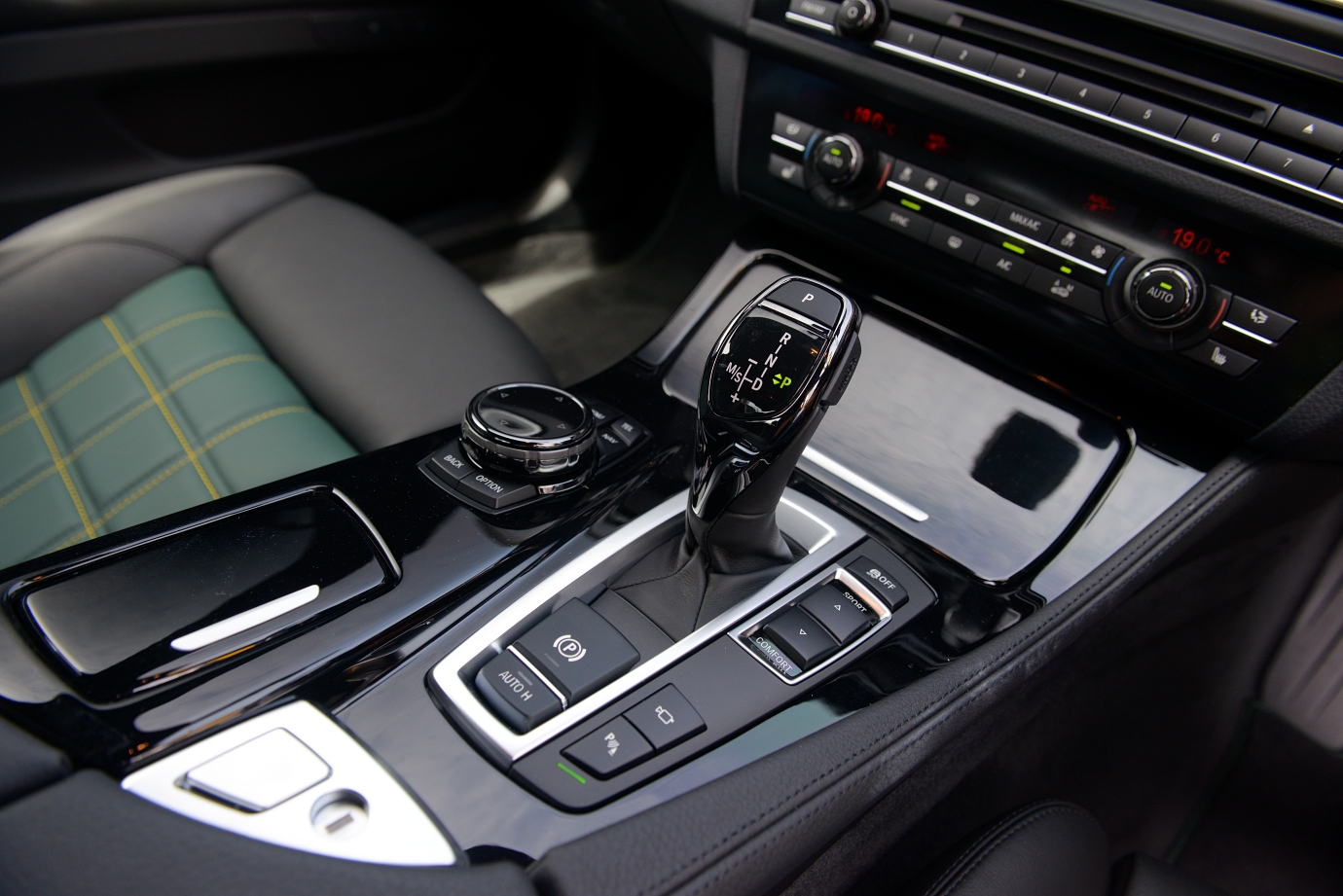 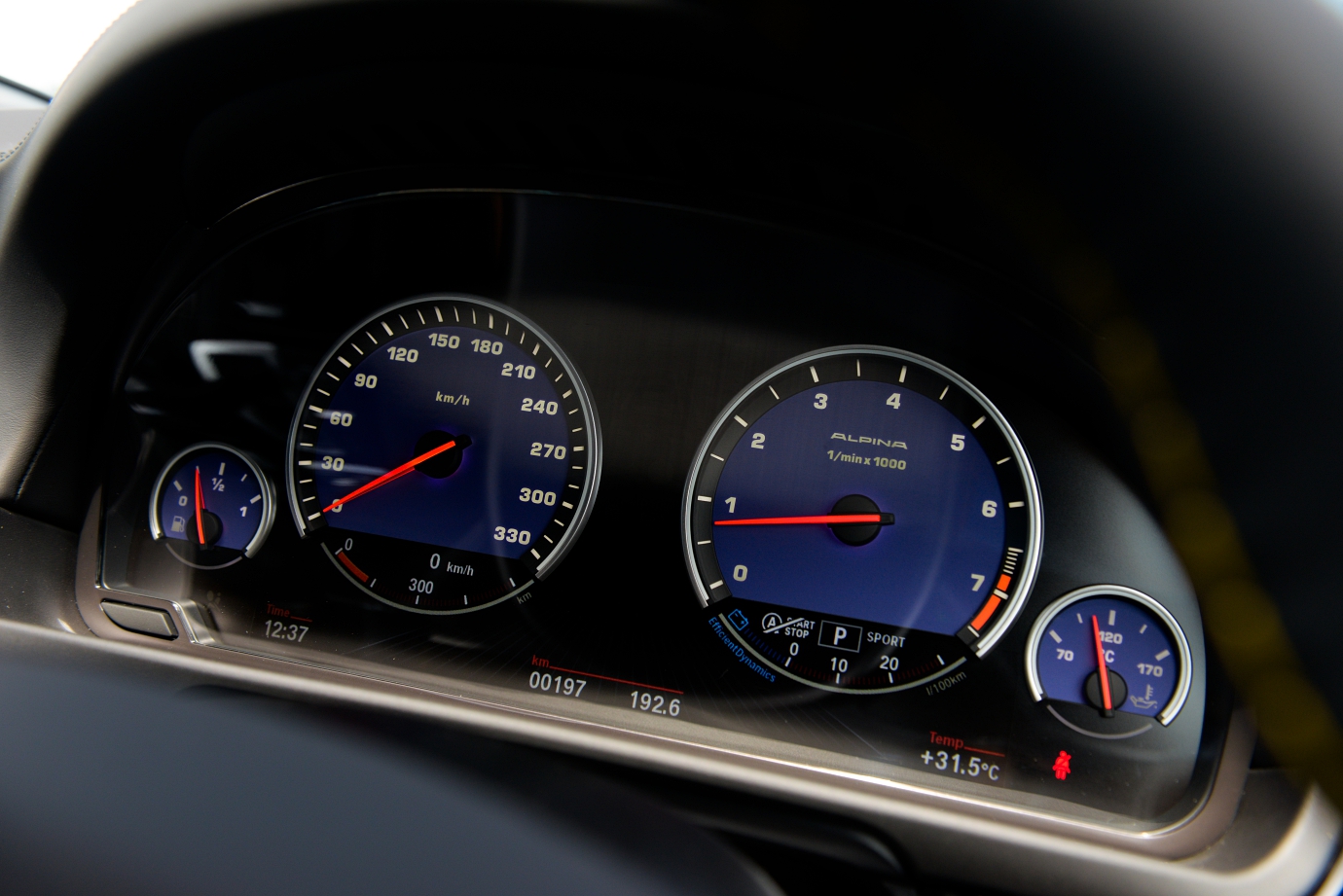 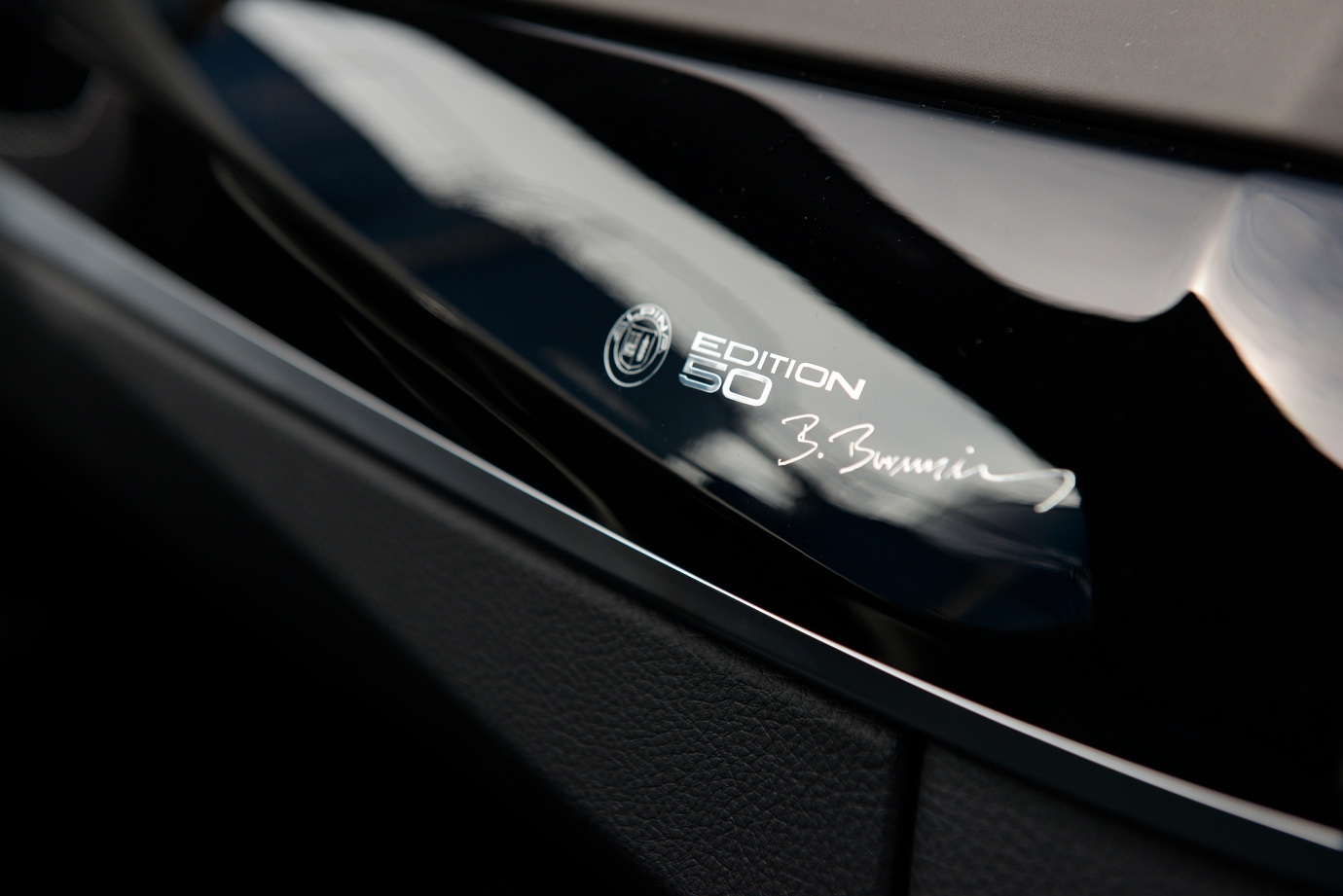 Exhaust partner, Akrapovic has conjured up a lightweight titanium exhaust system, which sheds 17kg compared to a stainless steel equivalent and sounds wicked with its V8 aural spectrum – Alpinas aren't known to be quiet or restrained even if they look the part of the goody-two-shoes.

The Edition 50 gets a heritage theme inside, a luscious Forest Green with chequered contrast yellow stitching on the brand's Lavalina leather, which takes its cue from the B7S Turbo Coupe of 1982, while piano black panels and the distinctive blue dial-faces complete the cabin package. It's only on such cars where colour combinations that otherwise seem gauche can work to such  stunning effect, especially if you're familiar with the brand's historical offerings

There's no hint to the B5's potential if you're wading through traffic – the engine is effortlessly tractable and the ride is never overly unyielding for something of its performance nature.

Instead of paddle shifters, Alpinas feature Switch-Tronic, which takes the form of discreet buttons for '+' and '-' behind the steering wheel and features a model-specific shift programme; they're more ergonomic than they look and tie-in with the brand's philosophy of understated performance.

Flat-out, the 1.9-tonne behemoth will dispatch the 100km/h dash from standstill in just over four seconds, with top speed rated to just under 330km/h.

When you do put your foot down, you'll marvel at how quickly the needle blazes past 4500rpm with an accompanying kick in the behind. The boost hits strong and hard and the engine seems so flexible even though it's barely run-in.

It's smooth and never feels brutish, just runaway locomotive relentless, and there's a surprising sharpness to the helm that belies its size and weight. There's a fluid balance to its responses that let you exploit its engine's complete repertoire; apart from the uprated chassis, a mechanical LSD is standard equipment.

The Edition 50 is so at peace with itself that its split personalities segue easily from one to the other to transform from mundane to mad and back again in the blink of an eye, or rather a prod of the gas pedal – a real case of Zen meets balance in the Force, if you ask us.