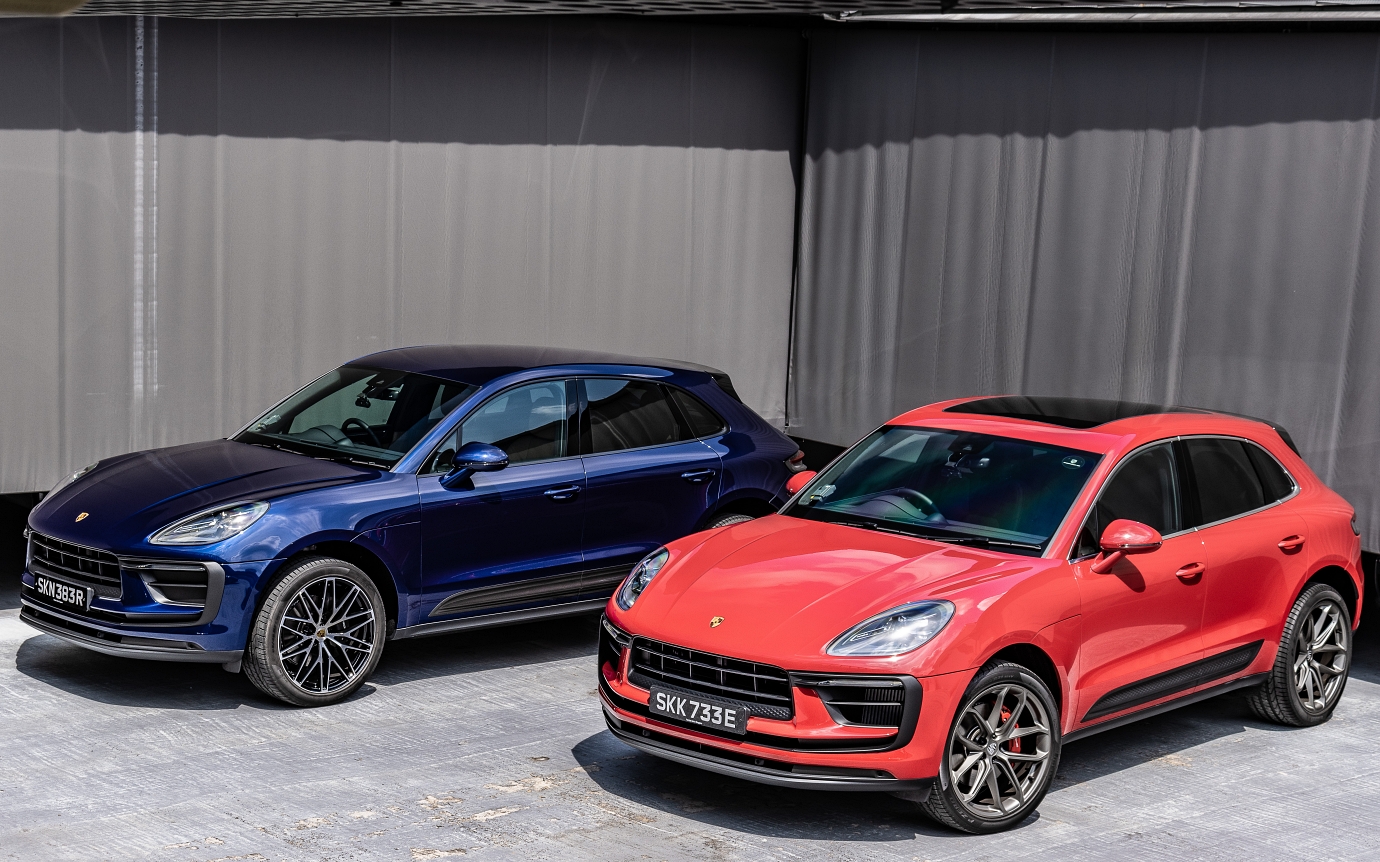 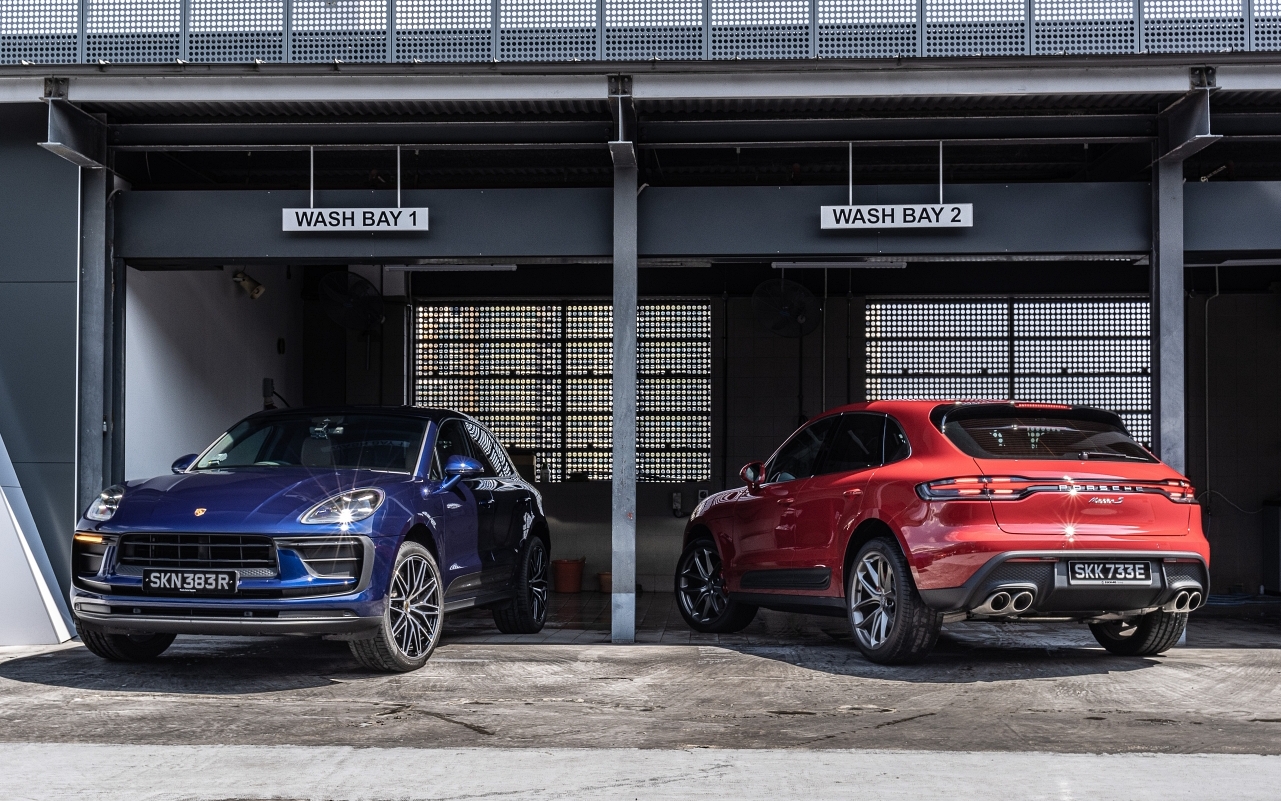 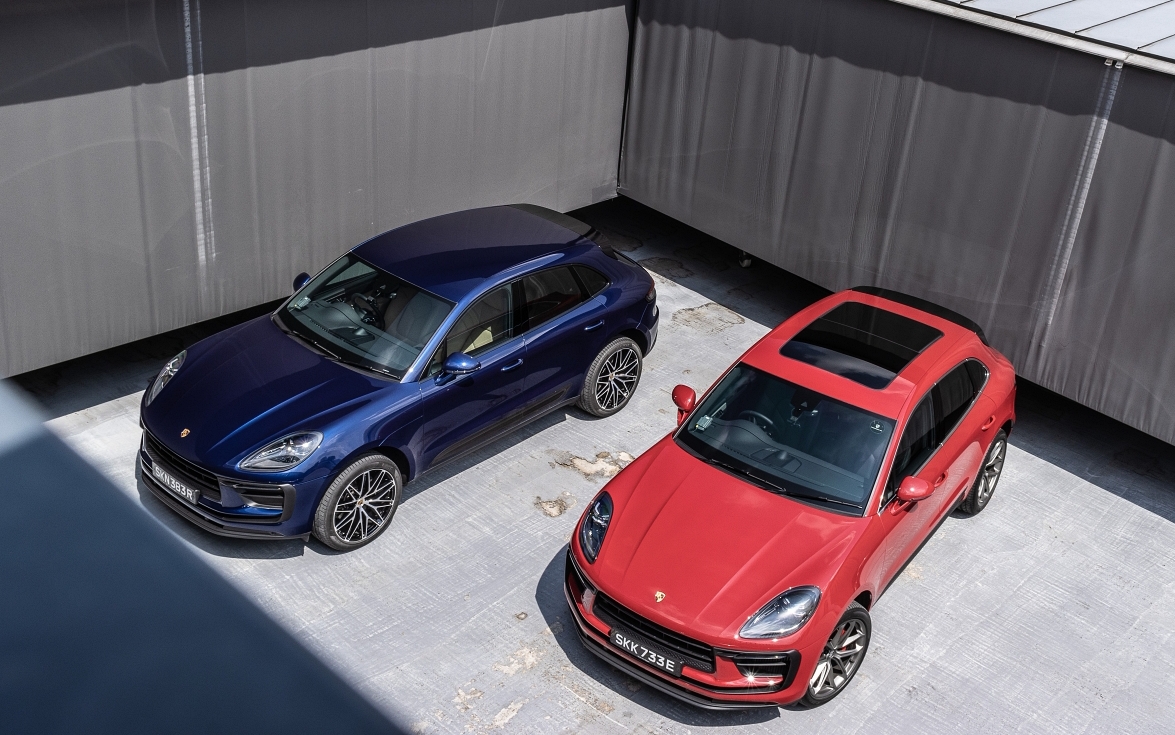 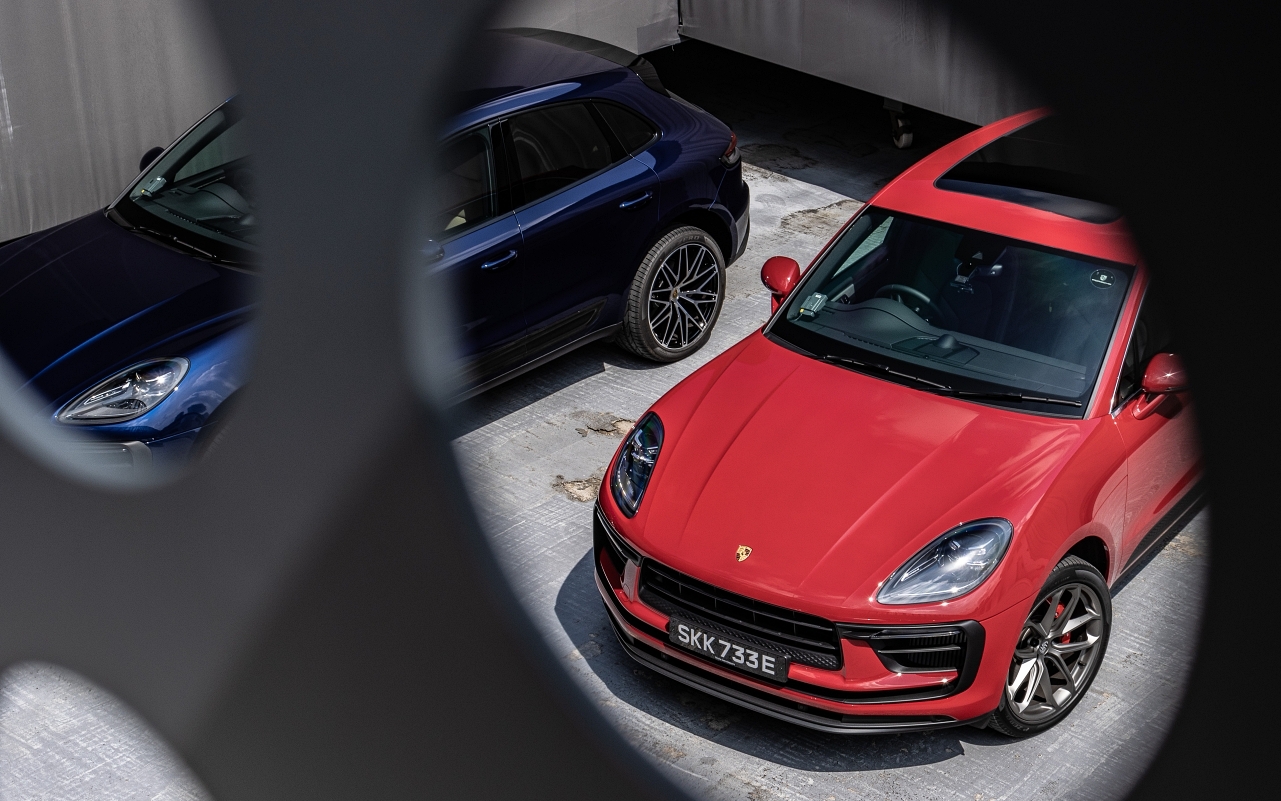 Singapore - The runaway success of the Porsche Macan can be attributed to a few simple things. The brand’s smallest SUV offering entered the market, as off-roader/soft-roader popularity was almost at its peak.

The Macan then was a foot-through-the-door model, easily hooking buyers with its sporty styling, Porsche design DNA and more importantly, engaging sportscar dynamics familiar to Porschephiles.

We get to drive the base Macan and the quicker Macan S, and very quickly, it is clear with the ‘new’ Macan, that Porsche is a master of building something great, and then building upon that greatness. The iconic 911 is truly proof of this.

After all, Porsche is a master not of – spend less, do more – but rather – spend right, do better!

Externally, there is very little to tell the average person they are looking at the new Macan, apart from a thin black surround for the front-end, with LED DRLs tucked neatly near the top.

The rest of the Macan remains largely the same, including the bonnet, headlight design and even the bootlid. The Macan S features large breathers in front to facilitate the cooling needed by the larger and more powerful V6.

What is most welcome though, is Porsche’s efforts to improve the interior. The dash has been completely redesigned. Importantly, it has done away with the two banks of physical buttons that used to flank the gearshift lever.

Unfortunately, if you were the owner of a base-spec Macan, the button blanks only served as reminder of what you were missing. 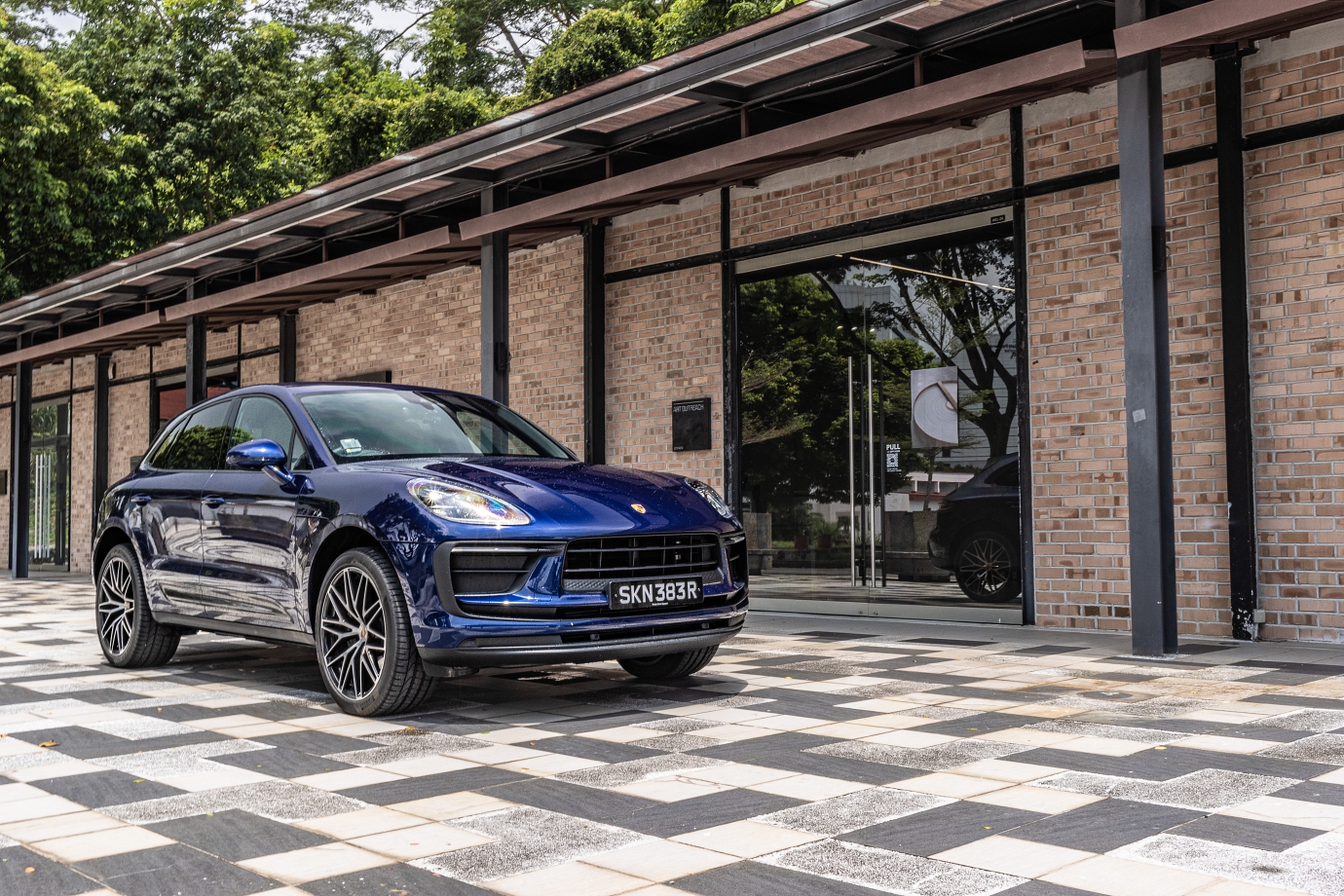 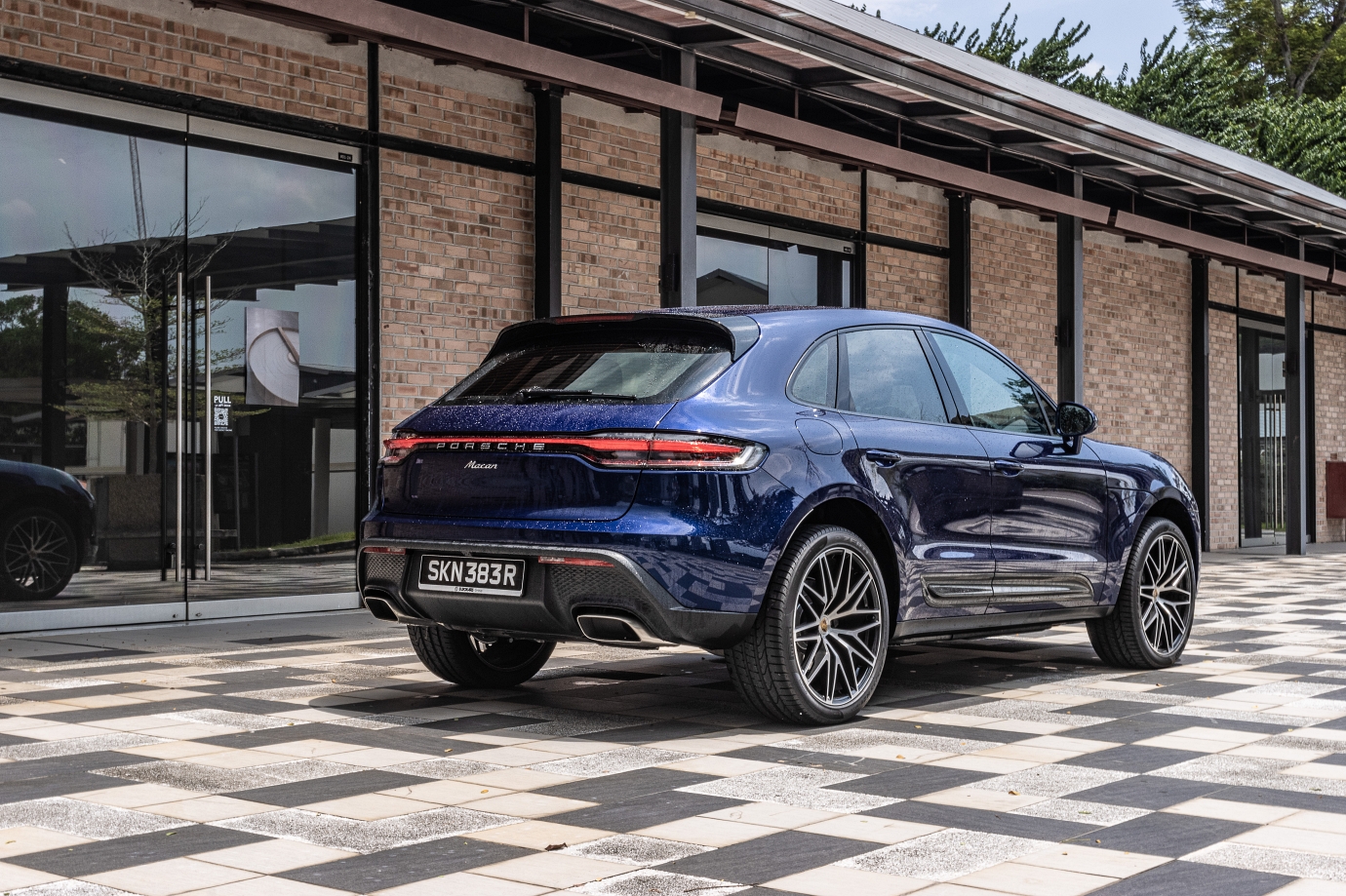 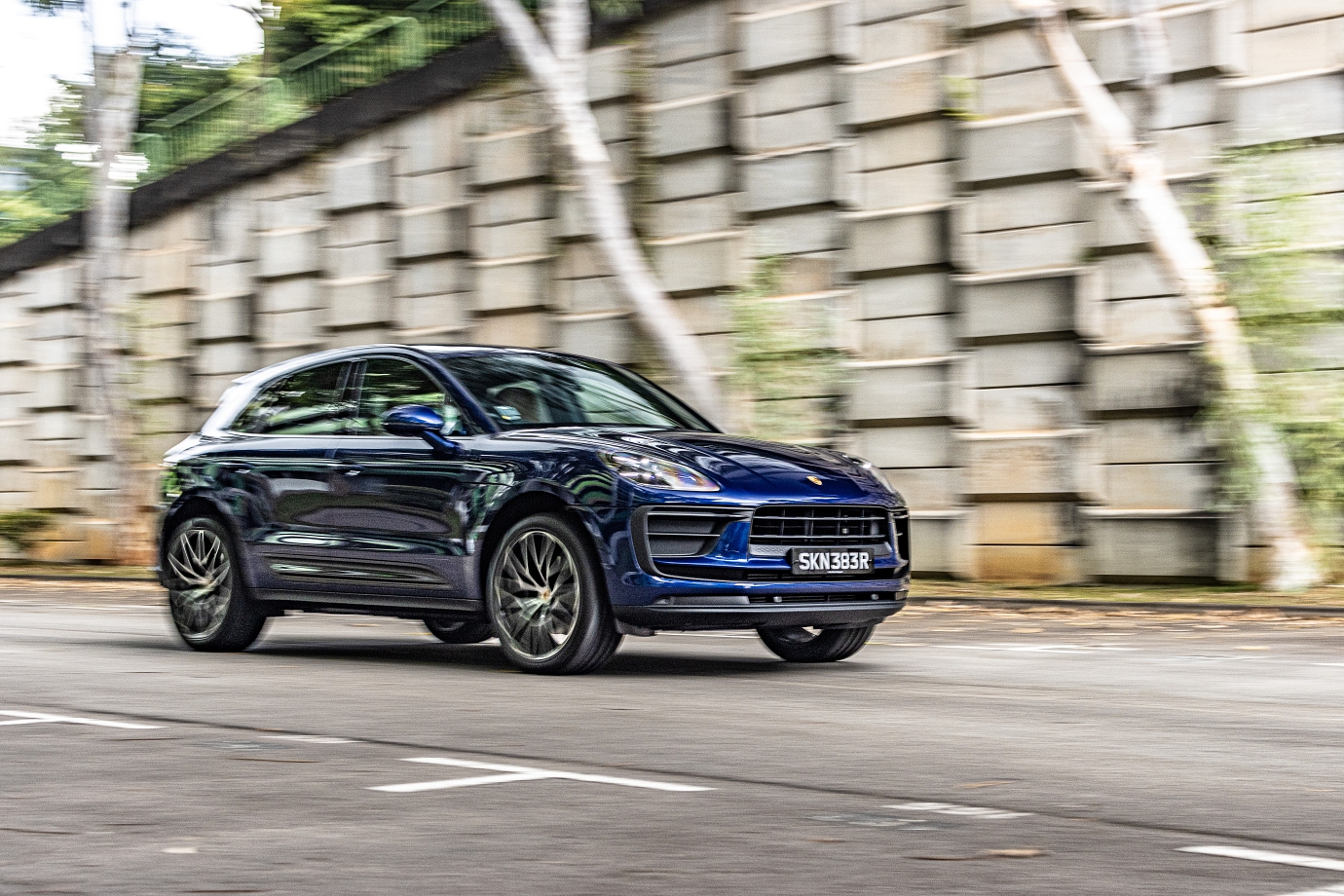 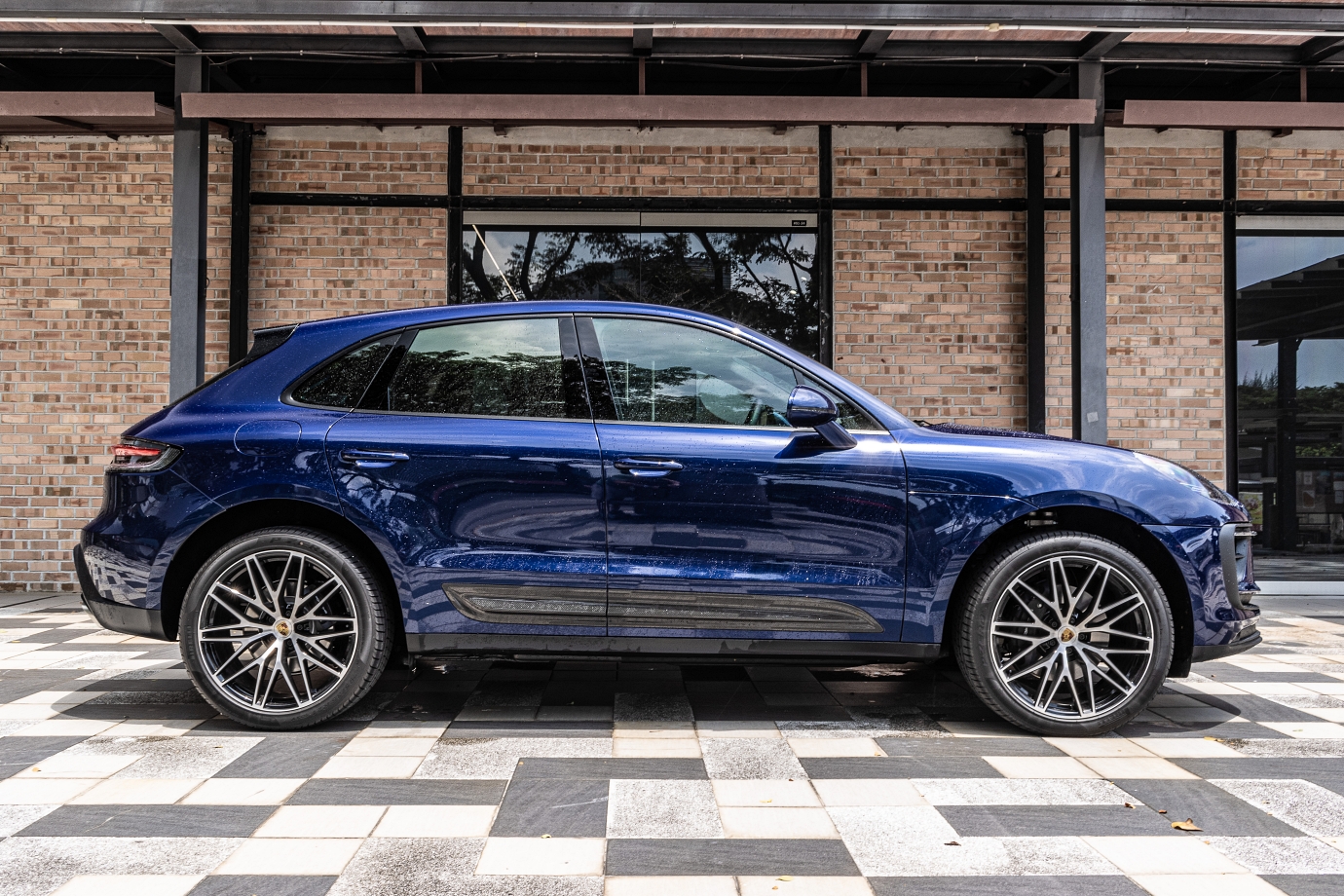 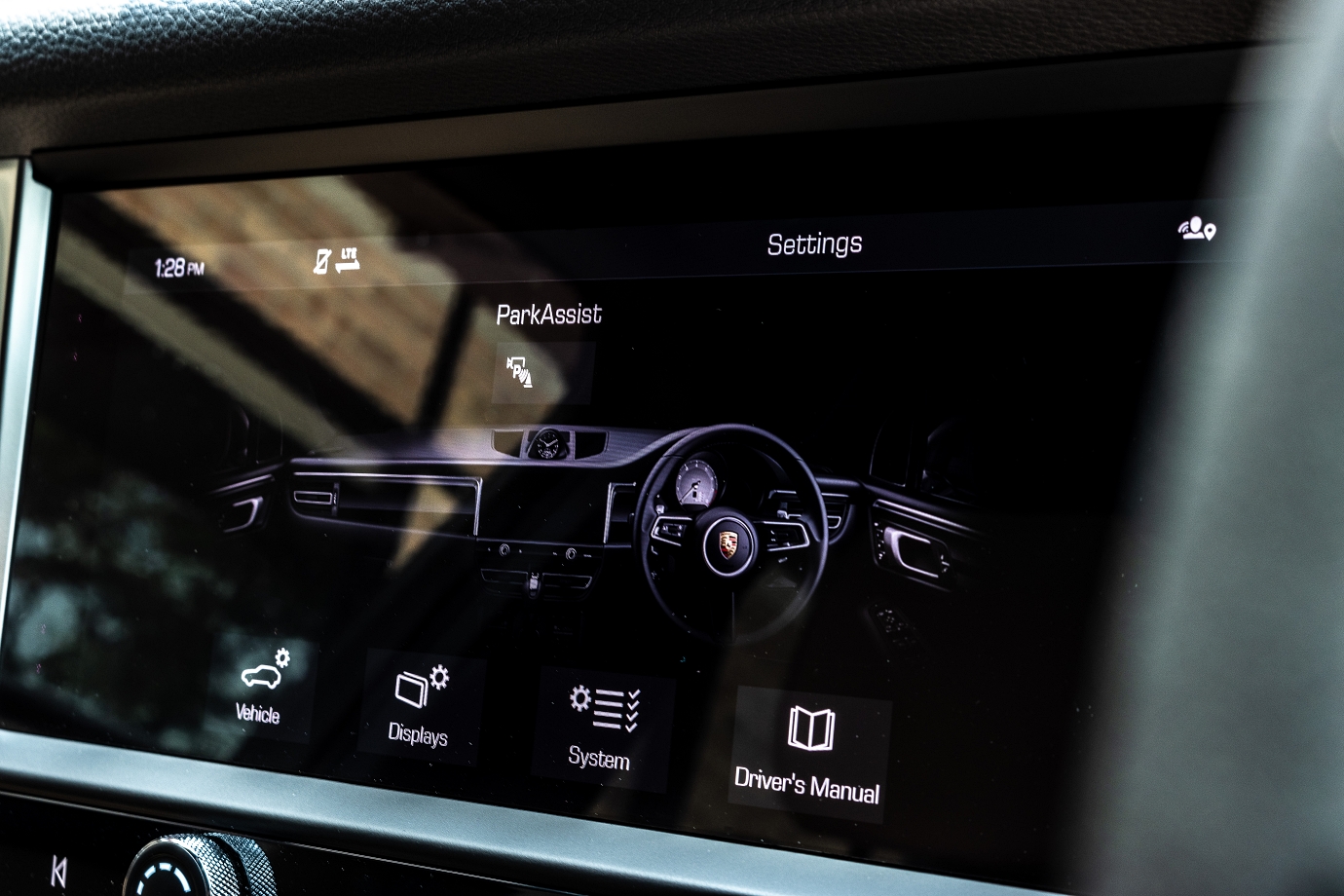 What you get in the latest Macan III is an elegant glass ‘rocker’ touchpanel to toggle between those same functions… keep a soft lens cloth handy to deal with the fingerprints, though.

The new Macan boasts a new infotainment system with a larger 10.9-inch touchscreen, which includes enhanced Internet connectivity so you can do more with Google.

Behind the wheel, there is the signature rev-counter in the centre instrument panel, flanked by two other dials; the right-hand side unit features a customisable digital display.

The base Macan’s inline4 engine supplies sufficient ‘go’, which should go some way towards justifying “money well-spent”. In ‘Normal’ drive mode, it makes an easy daily driver with decent oomph in the city.

The moment you squeeze the accelerator on exiting a corner, there is always the suggestion the chassis can deal with a whole load more, which is what we’ll come to savour in the Macan S.

As expected, the steering feels accurate like a sportscar’s should. You can even appreciate how the all-wheel drive system transfers the power around for optimum grip and performance.

If you recall the pre-facelift model, you wouldn’t be remiss in concluding the latest Macan feels more alive and not just because Porsche has upped the power either.

Put the Macan into “Sport” mode, and that quick-shifting 7spd PDK does an excellent job of shuffling through the gears. Squeeze hard on the throttle and its responsiveness is how everything comes together in the Macan.

The handling in the base test car is made even better with the Porsche Active Suspension Management (PASM), which provides you with two adjustable stages of stiffness for an even more dynamic drive. The Macan S delivers significantly more verve in its drive, thanks to a silky-smooth V6 engine that also sees service in some mid-tier Audi RS-badged models – of course, in the Macan S, the V6 is tweaked to deliver the oomph in Porsche’s inimitable fashion.

The Macan S is a very different animal from the base car, with a V6 under its bonnet that spins up even more effortlessly than the base model's 4cyl.

Switch the drive mode to ‘Sport Plus’, put your foot down and you will find that the S simply wants to get everywhere quickly.

Between shifts, the quad exhaust pipes let off a satisfying ‘broof’, as you gear up and build speed.

There is so much grip from the wide staggered tyres, especially around the tight twisties.

Somehow, I get the impression that the Macan S is all the SUV you will ever need and want.

The Macan may offer an opportunity for you to have your foot through the door if you are keen on scoring the coveted Porsche emblem.

Even compared to its other German peers, the Macan offers much more than the notion of ‘having arrived’... and the Macan S will let you arrive even quicker.