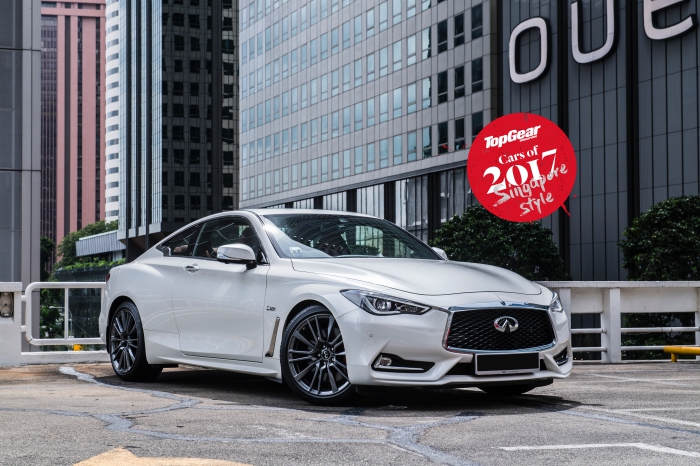 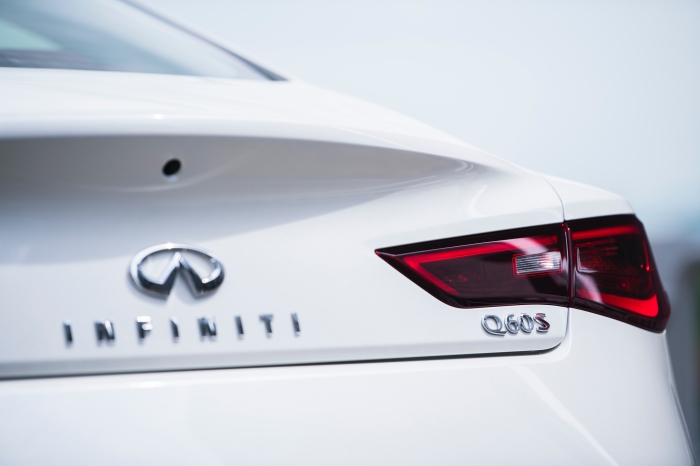 Singapore - What’s in a name? Well, it can make or break a car, even though we’re taught never to judge a book by its cover… or title.

Naming convention aside, the Infiniti Q60 Red Sport 400 is a handsome, striking coupe with the right dose of sporty elegance and chutzpah. 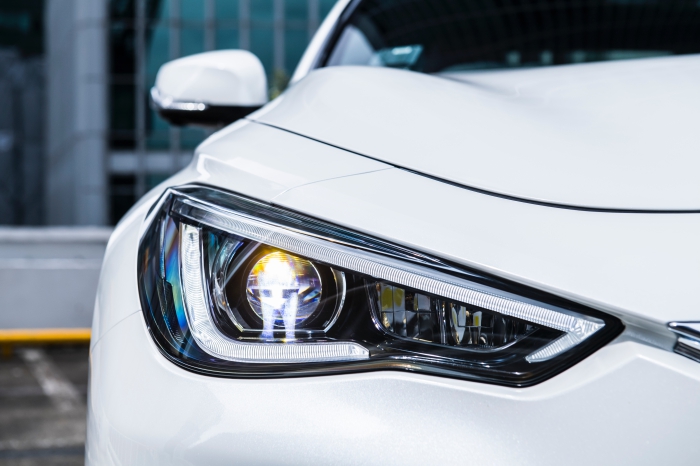 Furthermore, it probably also helps in the street cred stakes that when you’re out and about, you aren’t likely to see another one at every other junction. 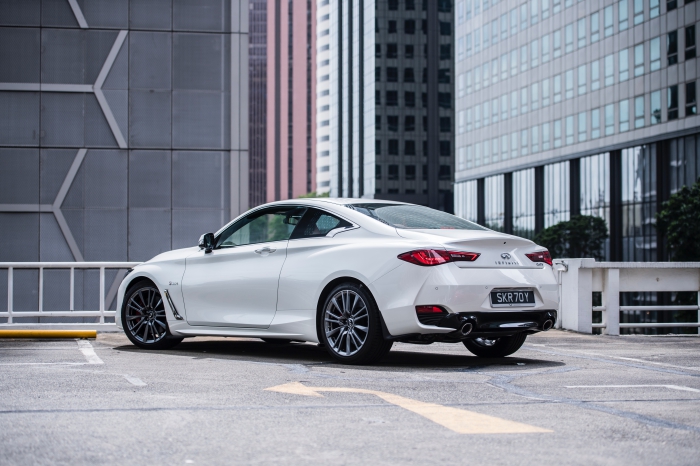 In fact, it was probably a breath of fresh air to jaded bystanders, because everyone turned and gawped whenever we drove past, even if our Red Sport wasn’t literally red on the outside. 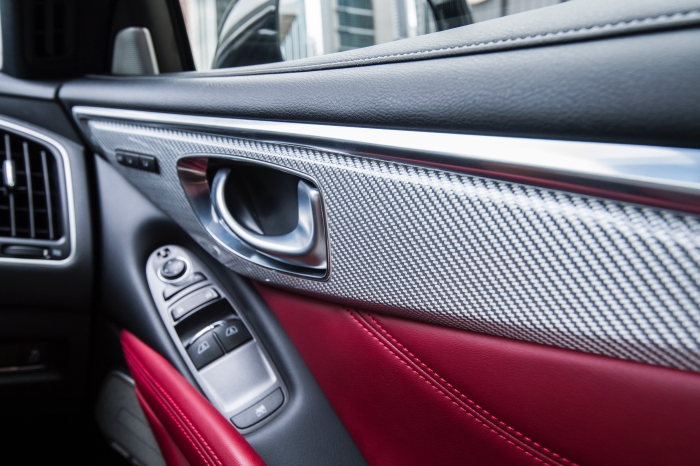 Then again, white is always a classy choice for a car, especially when matched to a sporty red interior, but the feather in its cap is it isn’t as anonymous in our Singapore road landscape like the German brands.

Like the Q50 Red Sport 400 from our 2016 Cars of the Year, the Q60 Red Sport 400 in our 2017 list helps turn up the spiciness level for the brand, even though we’re still not so sure about the naming convention. 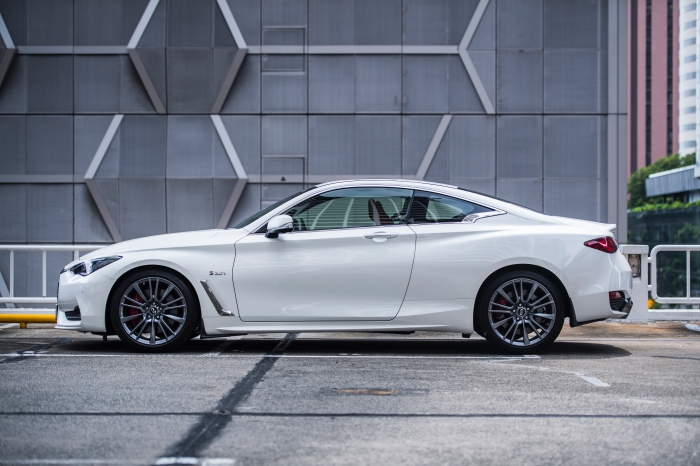 Infiniti Coupes enjoy quite a cult following although they used to be known as Nissan Skylines then, and the Q60 is the successor to the G35/G37 ‘Skyline’ Coupes, which are powered by Nissan’s formidable nat-asp Fairlady Z engines (and powertrain). 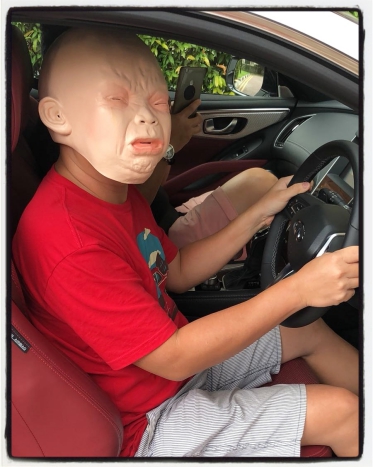 Since then, what’s been really helpful for Infiniti’s cause in Singapore is the shift from relatively large displacement naturally-aspirated engines to perky turbocharged ones; the former was probably to pander to fans in the USA, but became a tough sell for Europe and the rest of the world as everyone else moved to small-displacement, turbocharged engines that weren’t only punchier in performance, but also cleaner and more fuel efficient. 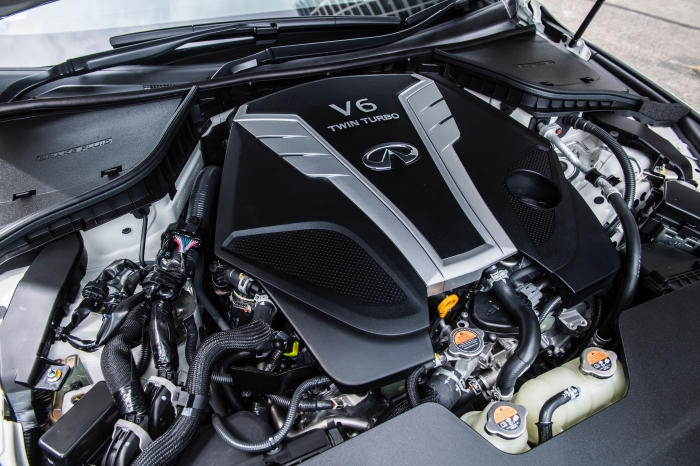 The Red Sport 400 models are powered by a twin-turbo’d V6 that has been coaxed to churn out a storming 400hp and 475Nm (the equivalent 40i model from BMW produces 326bhp/450Nm), with the latter available from just over 1500rpm, so the combination of well-stacked seven gear ratios and ample torque low-down helps hustle the 1.7+-tonne car along reasonably briskly from a standstill. 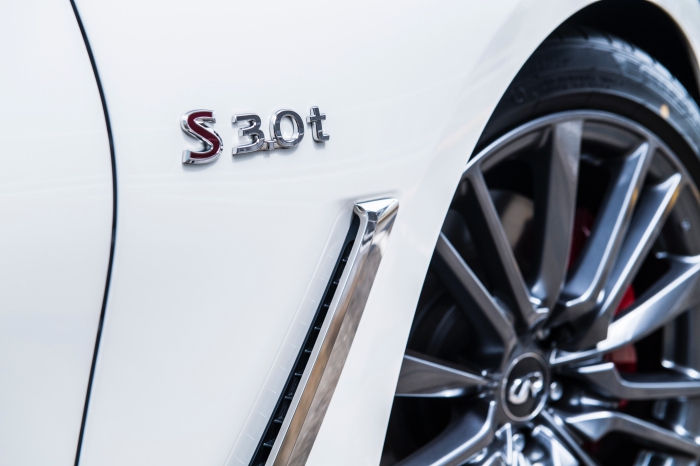 Right now, you’re probably wondering if the Red Sport models are meant to rival AMG, M and RS – they aren’t, so it’s best if you recalibrate your mind accordingly.

That’s the biggest misconception people have of the Red Sport models, which is likely due to the 400bhp output, because this puts them within spitting distance of the big boys. 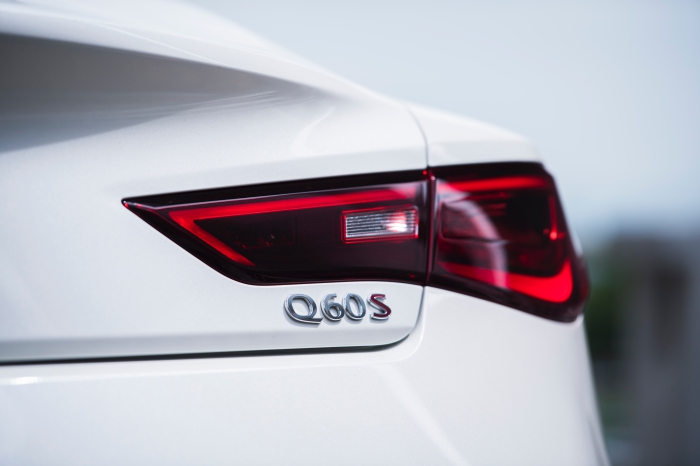 Think of the Red Sport cars as offering a little more than the highest-powered standard models from Audi, BMW and Mercedes-Benz and you’re getting warmer, even if the Red Sport’s performance is anything but warm. It’s not easy to pick-out the visual differences between the standard Q60 2.0 Turbo and the Red Sport, but this is the sort of understatement that appeals to some buyers. The user interface takes some getting used to, but the real cracker about the Red Sport is its biturbo V6 so the other things don’t really matter.

There’s a fizzy, old-school feel to the dynamics of the car that we really enjoy, and the Coupe is noticeably stiffer than the Q50 Red Sport so it’s possible to drive it with enthusiastic verve. The ride quality too, is surprisingly pliant, even on the 19-inch rims. 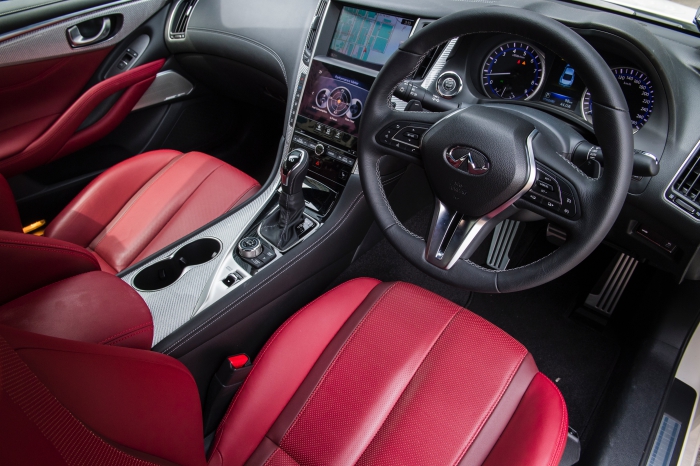 It doesn’t return a perfect performance, and that’s the bit about it that we appreciate. In a landscape of easy-to-exploit, stomp-and-go coupes, it’s nice to get into a car that makes you think before you try to put down the power. Go hard too quickly and the rear tyres will chirrup in protest, because there isn’t a sophisticated torque vectoring or traction control system on the car that lets you keep your foot down with impunity, and would you believe it, we found this to be far more engaging than a lot of new cars we’ve tried. There’s a no-frills, salt-of-earth feel to the Red Sport’s rear-drive dynamics that probably isn’t what Infiniti intended to impart, but ends up working well for us because it is refreshingly different from the homogenous feel of modern cars in the same segment. Also packed in the car is the second generation of the brand’s Direct Adaptive Steering (or DAS) – a steer-by-wire system – which is a vast improvement from when it first made its debut in 2013 in the Q50.

At least there is now a modicum of feedback and communication from the digital steering – essential on a car that is supposed to be sporty since the driver should really be the one doing the driving. Relatively new to the ‘premium’ game in Singapore, Infiniti has been slow to enjoy the same level of acceptance as Lexus, whose cars feel and look properly premium. However, there are some big highlights in Infiniti’s line-up, and the Q60 Red Sport 400 is one of them.