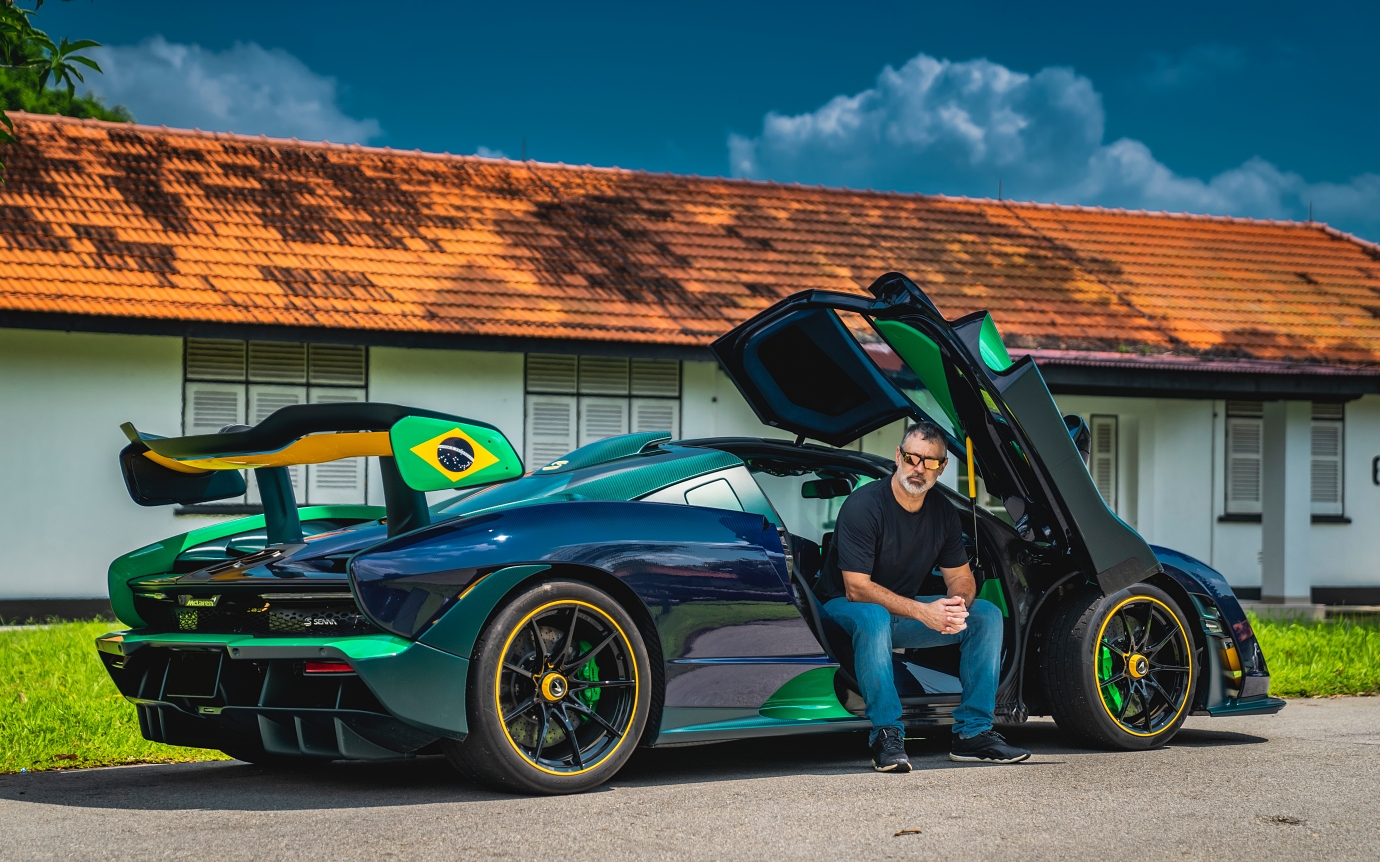 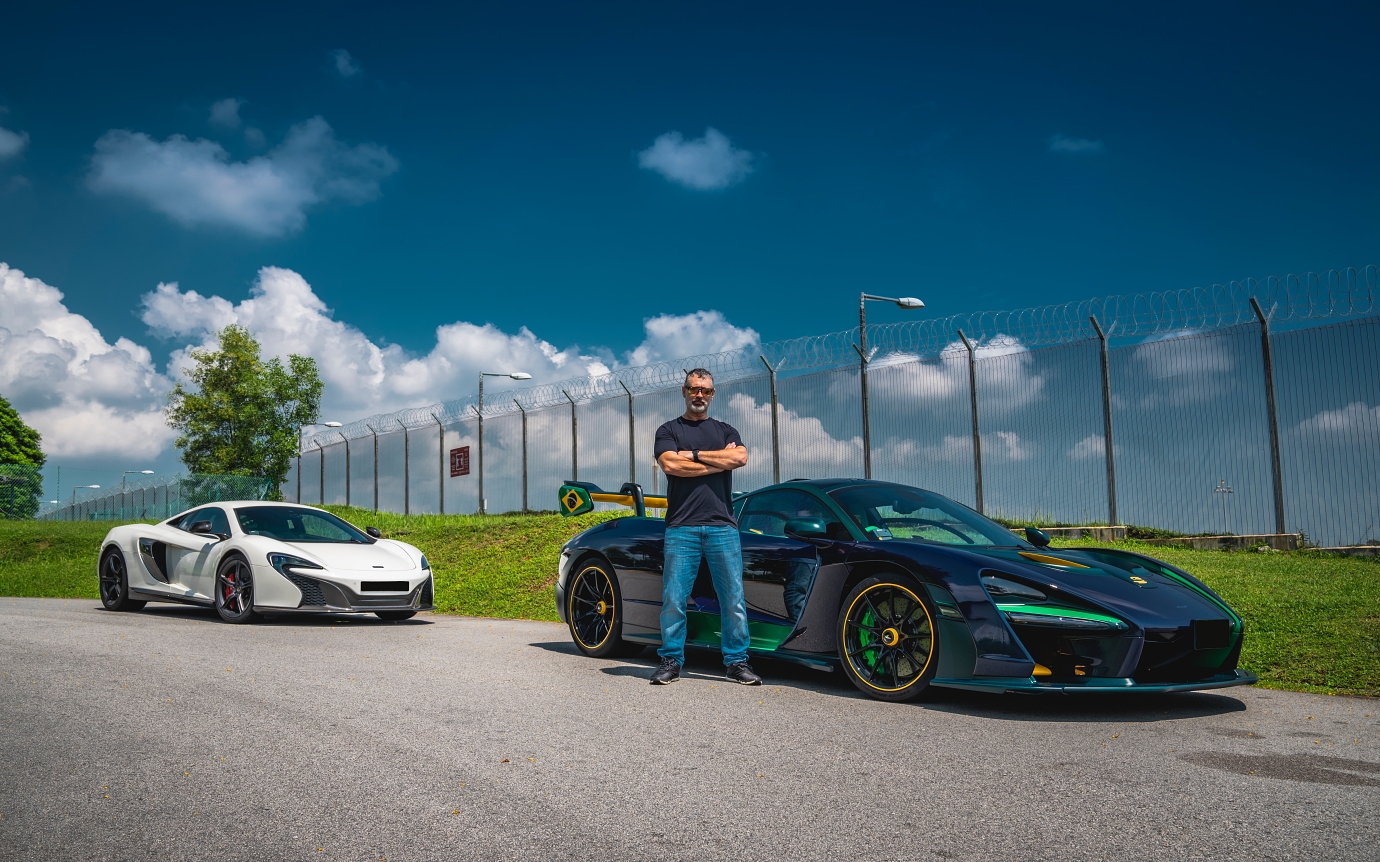 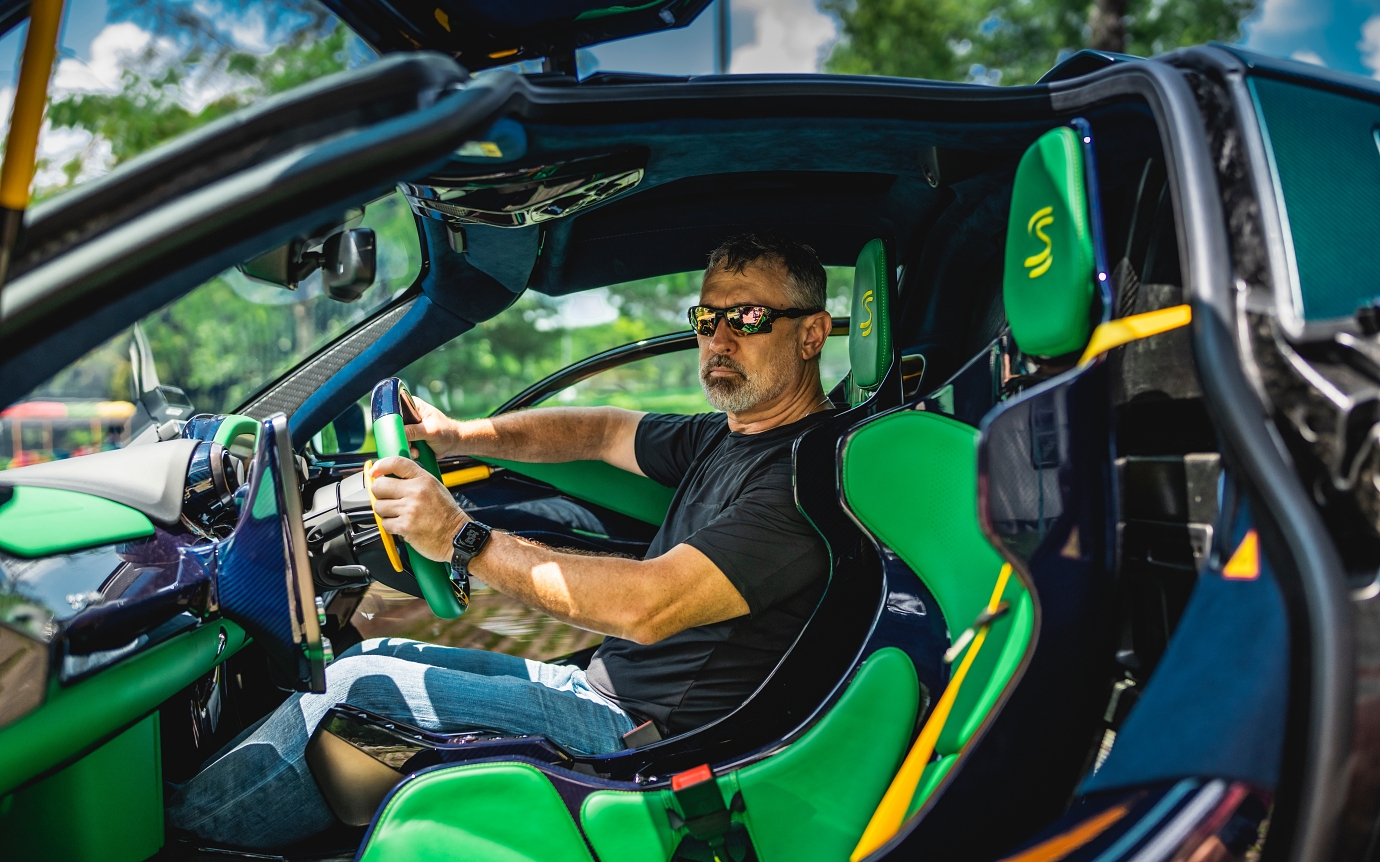 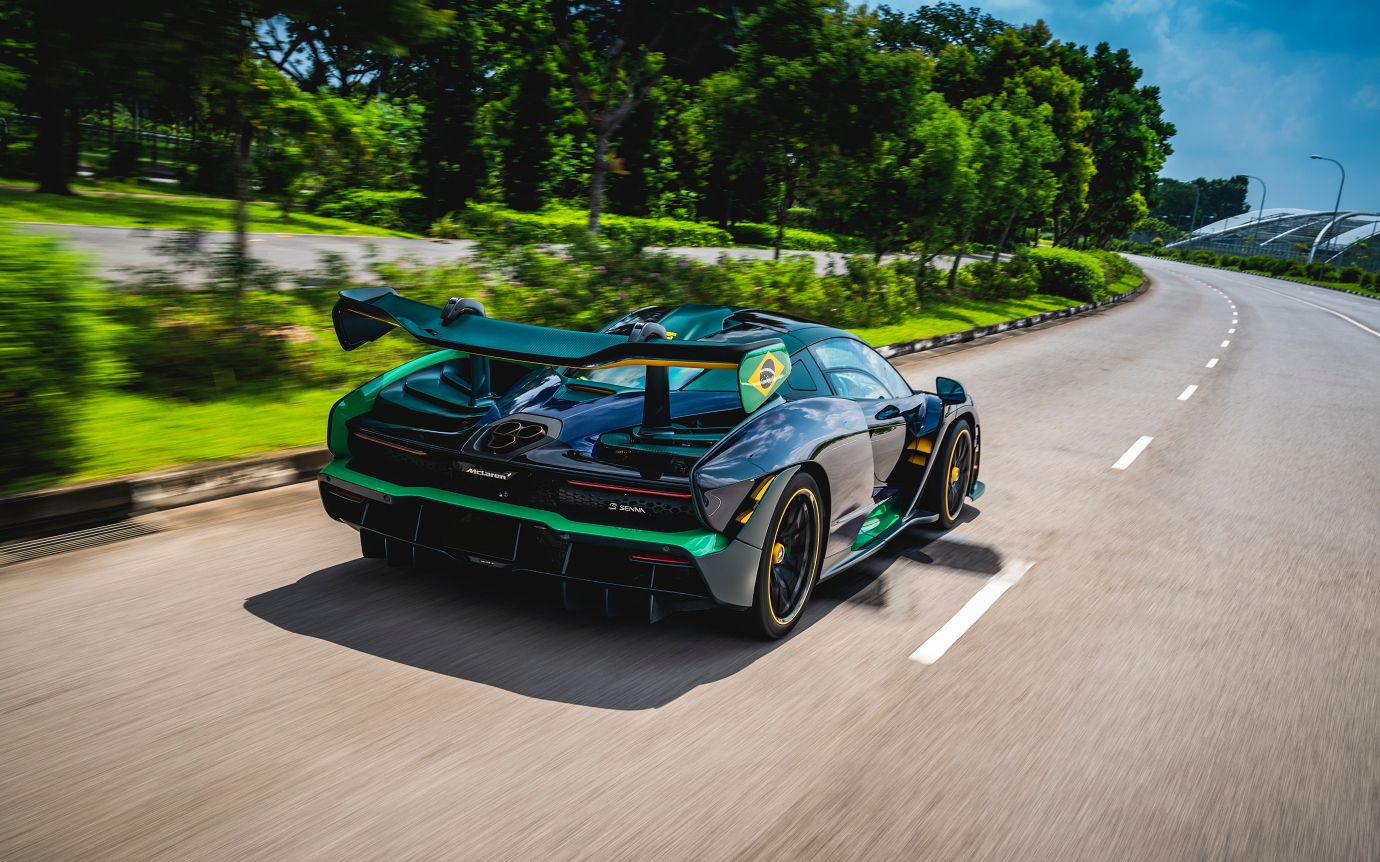 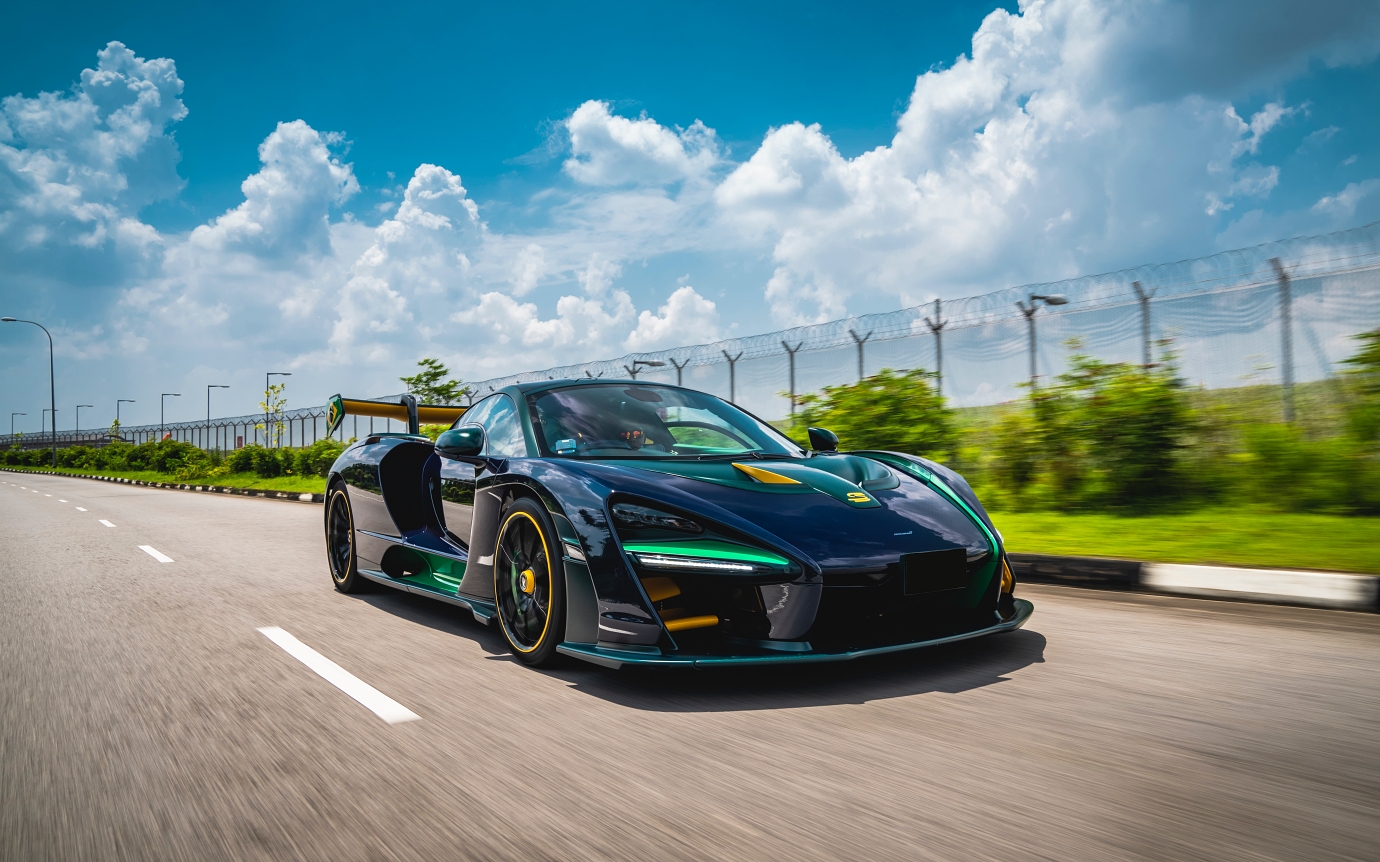 Singapore - If you somehow missed the memo, the bewinged Senna is McLaren’s dramatic lightweight, track-honed ‘downforce monster’, which just so happens to be road-legal.

In fact, few things turn heads as effectively as one of these beasts on the move.

However, when it’s Stewart Hine’s Senna, which is fully decked-out in the colours of the Brazillian flag (cos Senna is Brazilian, duh), be prepared for traffic to come to a complete standstill as all the other road users stop, drop (whatever they’re doing) and gawk.

TopGear Singapore (TGS): Nobody buys a supercar like the Senna to be a wallflower. Tell us about the inspiration behind the Senna's distinctive colour scheme.

Stewart Hine (SH): I'm super stoked with how well the colour scheme came out. I was worried it might be a little 'out there' for most people.

However, the response has been overwhelmingly positive. The colours of my Senna are inspired by the Brazillian flag. I wanted to pay tribute to Ayrton Senna, who is arguably the greatest F1 driver of all time, and for whom the car is named.

The livery is instantly recognisable from a distance, but when you get up close and personal, it’s absolutely breathtaking.

That's when you really appreciate the details in the exposed blue and green carbonfibre, the aero elements and the 'everything for a reason' design.

There’s also the track-focused interior – it stimulates my senses every time I get in. Any other interior is just dull to me now.

TGS: We know the Senna isn't your first McLaren. What appeals to you about the brand?

SH: McLaren is relatively new on the scene, but it hit the ground running with the debut MP4-12C to take on the likes of Ferrari, Porsche and Lamborghini, before following it up with the incredible P1 hyper-hybrid.

To me, the game-changing technology, design and performance of the McLarens over their rivals really raised the bar for supercars.

Before I committed to my 650S Coupe, I had the opportunity to test-drive it at the limit around the Sepang International Circuit, as well as dance with the 570S on the ice-tracks in Finland. All I could think was “Wow!”.

It was these Pure McLaren Experiences that got me hooked on the brand. However, it's not just about the cars, but the people too.

They’re like family: the people we met from McLaren and the other owners we met on those trips are still friends today.

Owning a supercar should be an experience on many levels. And McLaren does just that for me. 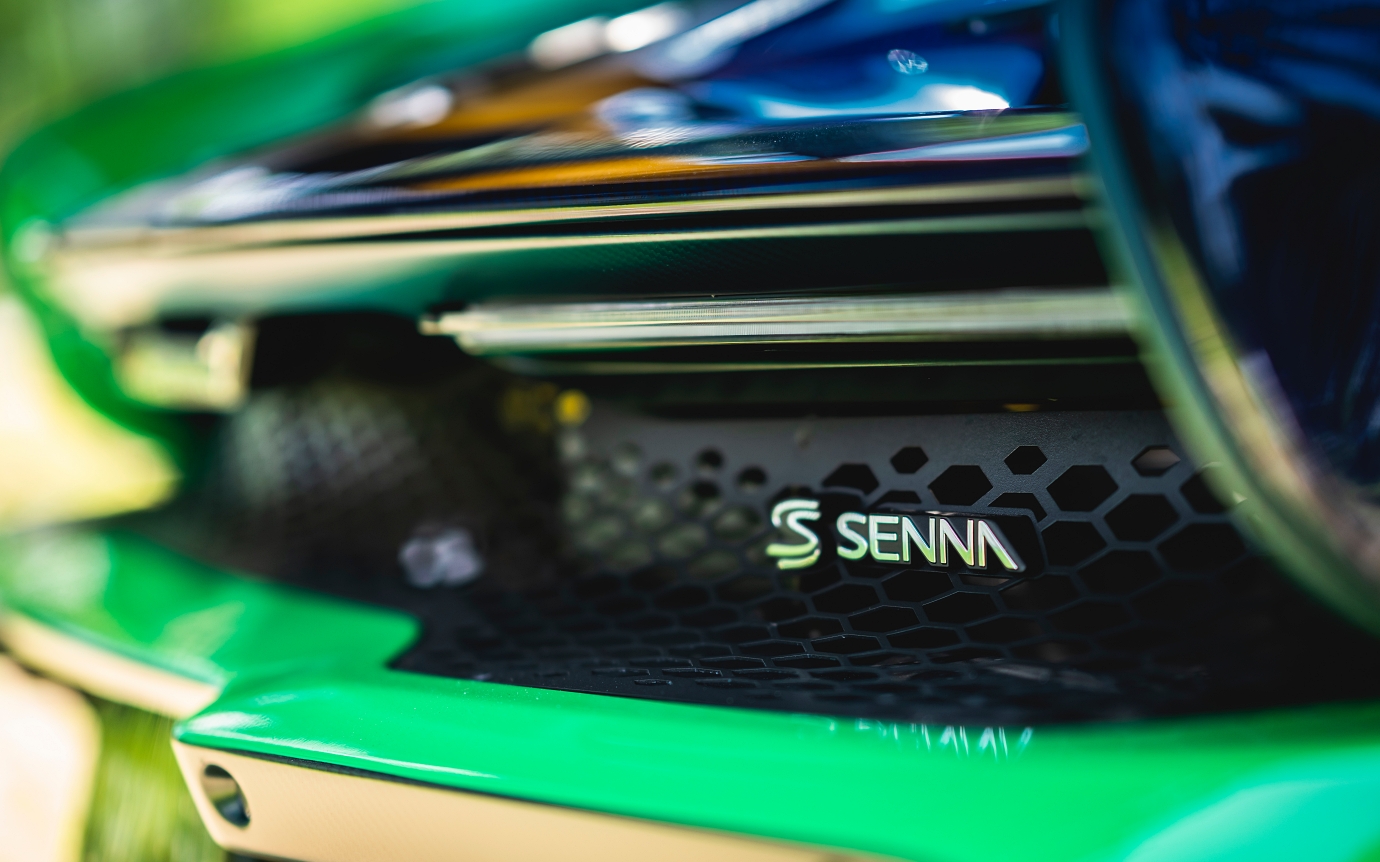 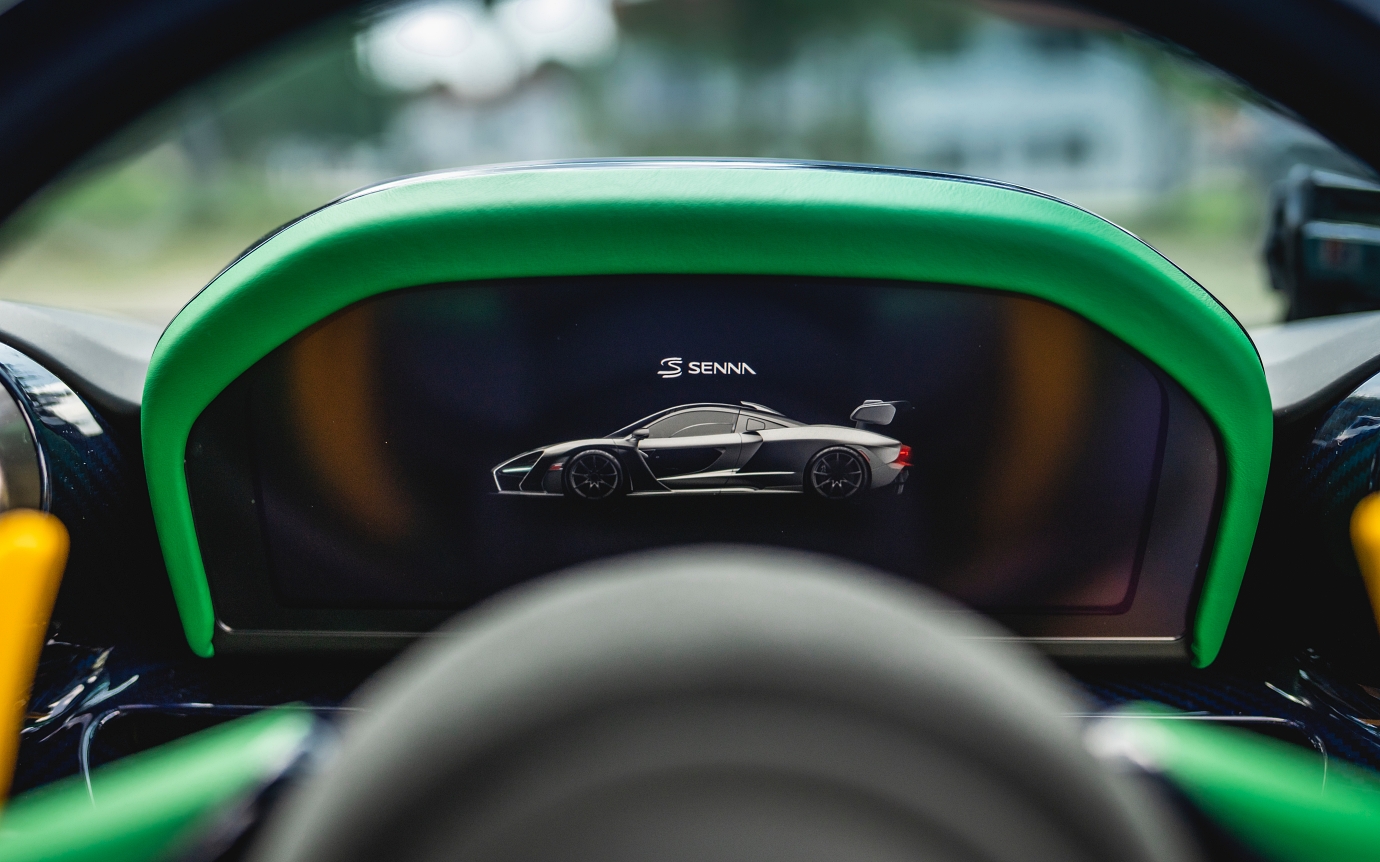 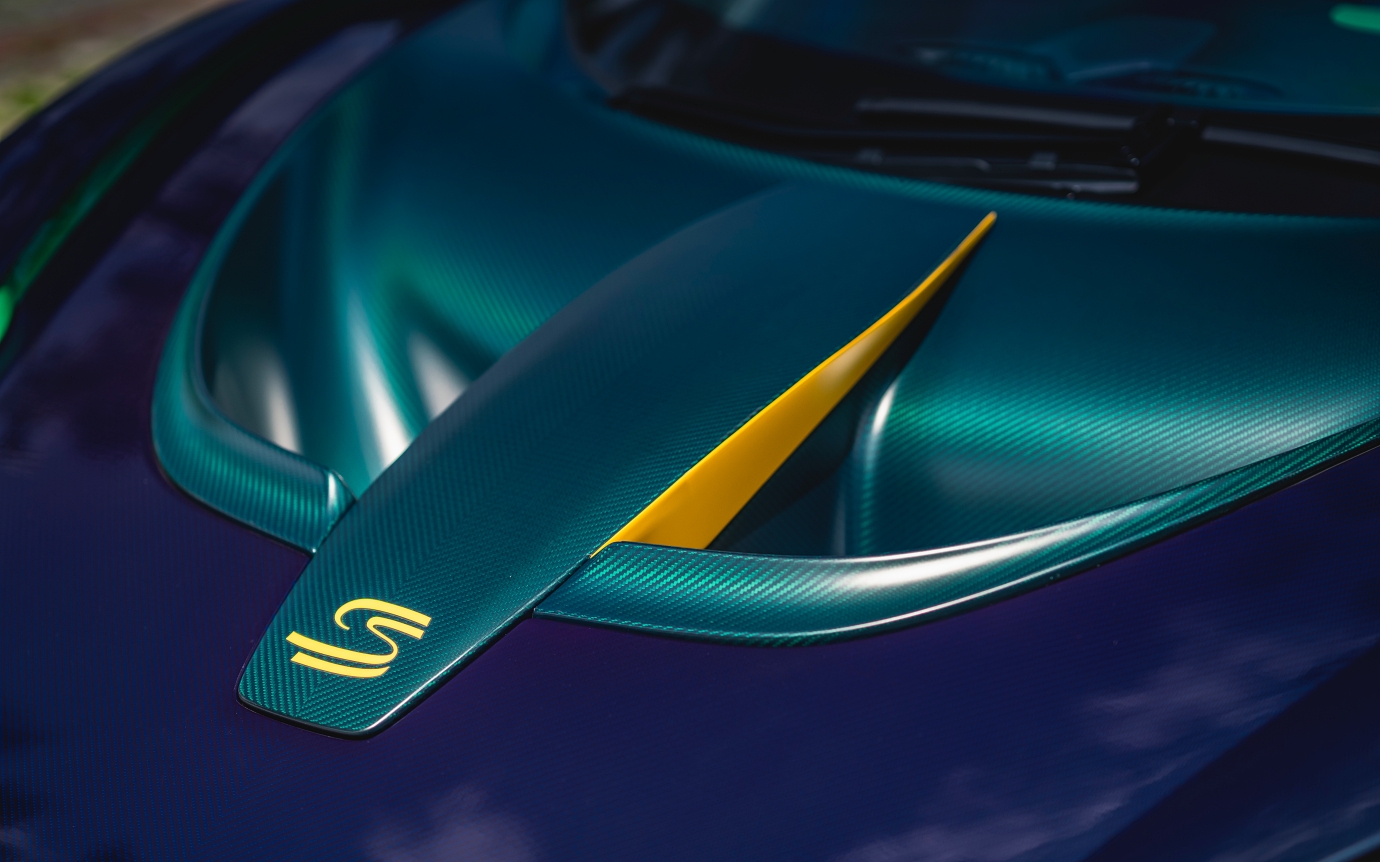 TGS: Does your family share your passion for sportscars?

SH: Absolutely. My wife is super-supportive of my passion, and my three boys are all addicted to speed. Go-Karts go a long way to satisfying the older boys’ addiction, whilst my youngest demands to be taken for ‘hot laps’ in the Senna.

Also, the Missus and I love our lunch dates at our favourite restaurant or simply cruising with friends in convoys to scenic locations around Singapore.

Sunday is ‘Car Wash Day’ and the whole household gets involved. The older boys and I wash the outside, (it’s also how they earn their pocket money!) whilst mummy and my youngest sit in the car and enjoy the scenery.

We've got some great friends who also share the same passion and we love the car community we're in. I’m really looking forward to the relaxing of rules so we can attend even more formal events.

TGS: How did you get into performance cars? Do such highly-tuned machines reflect your personal pursuits

SH: These cars have adorned my bedroom walls and PC screensavers since I was a kid – they've always represented a lifestyle for me to aspire to and was something to really work hard for. It's the long hours of work, the personal sacrifices and the effort you put in that no one else sees that makes the purchase of a car like this special.

In a way, the Senna is symbolic of my journey towards achieving my goals. I'm already focused and tuned-in to what needs to be done to achieve my next dream car.

McLaren said it best, "The Senna is track-focused, unashamedly without compromise and utterly dedicated to allowing the driver to be the best they can possibly be." Traits which when applied to your personal goals, go a long way in helping you achieve them. 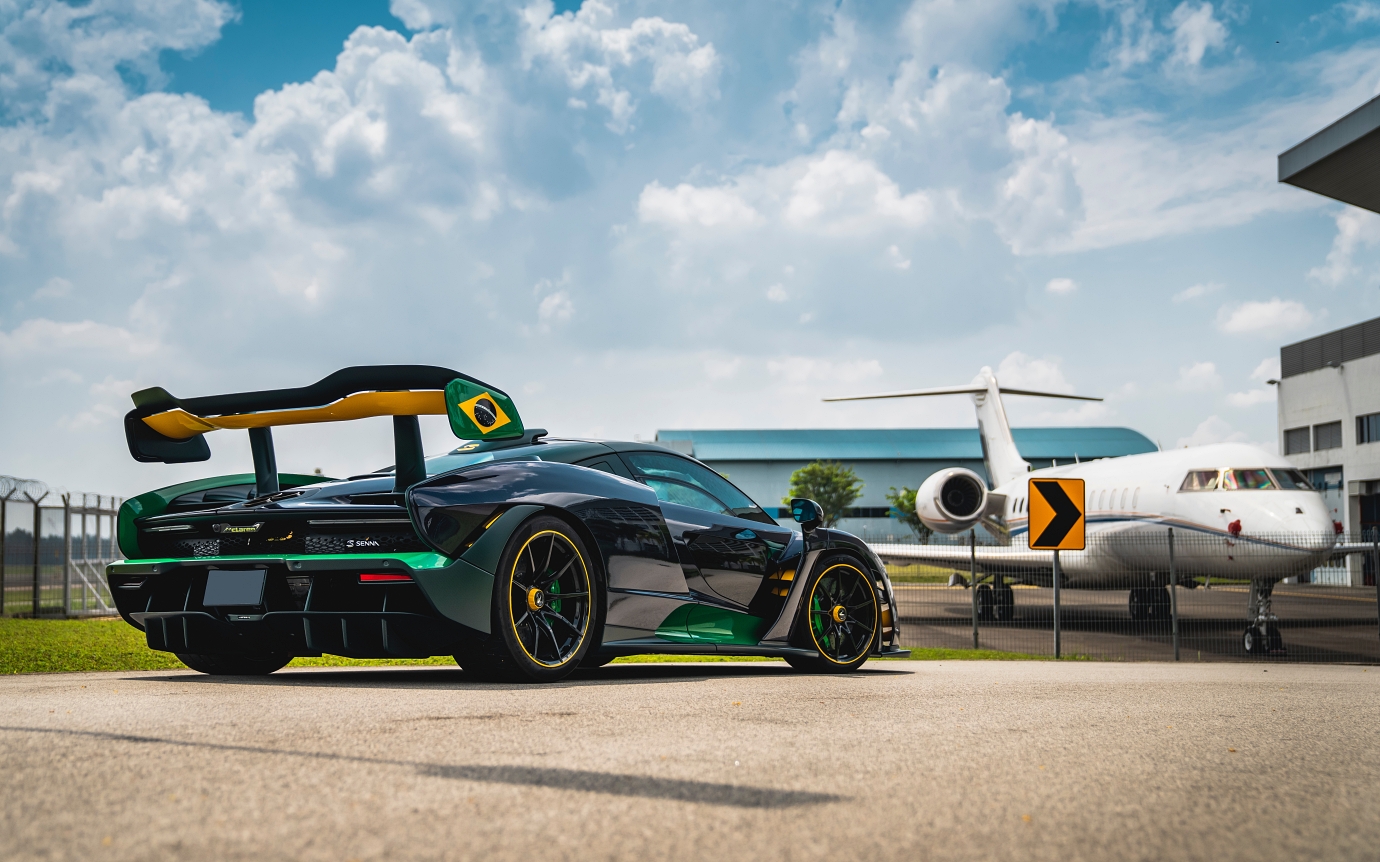 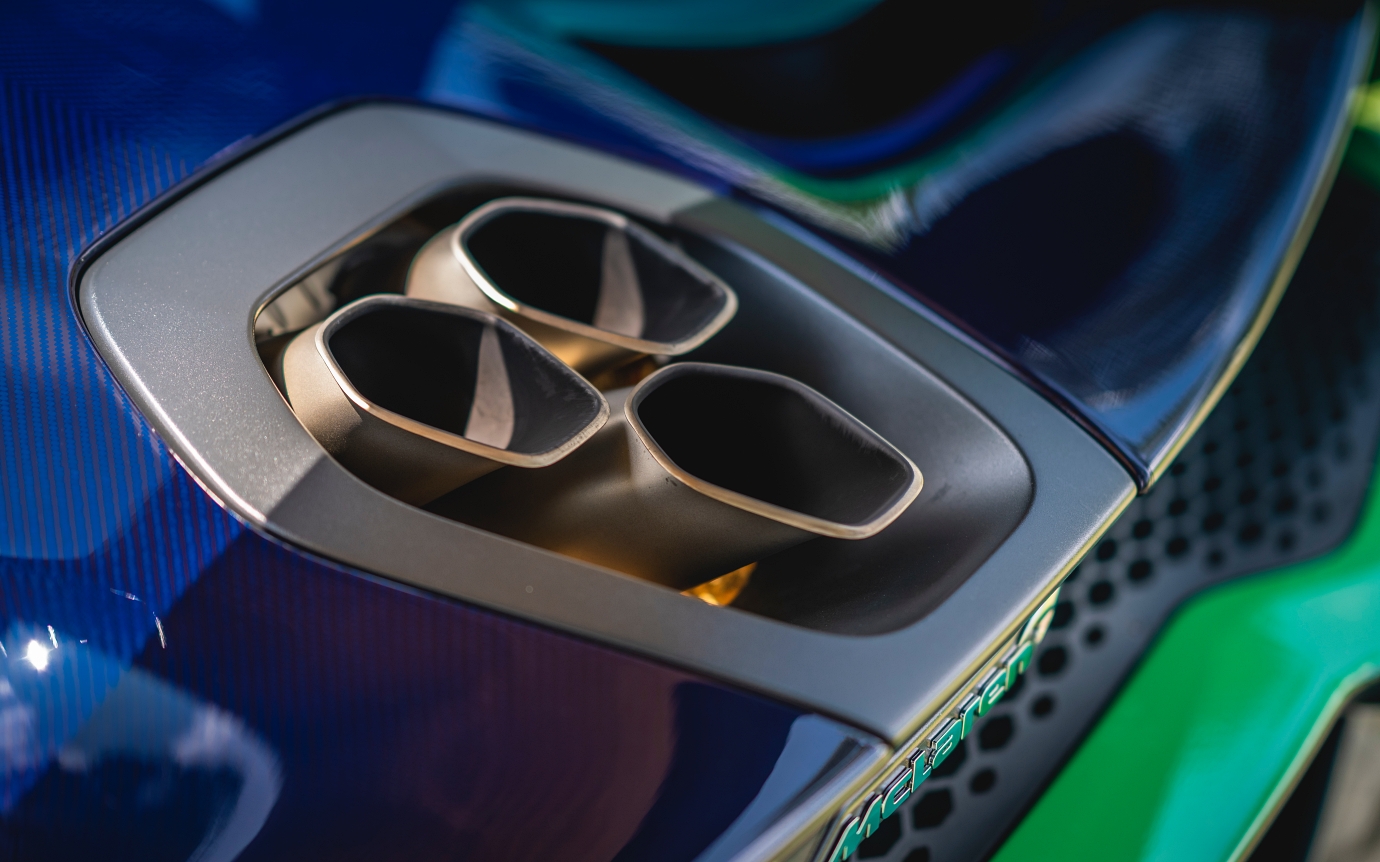 TGS: To many people,  the Senna is a lean, mean and uncompromising machine, but you drive it daily in Singapore! Tell us a little more about that.

SH: In recent times, COVID-19 has made it difficult with WFH rules and the like, but yes, it is my preferred mode of transport – the family car bores me and I’d much rather be out in the Senna.

The Senna is surprisingly manageable in day-to-day traffic. You do have to think a bit more about each trip and have your wits about you though. Although I'm ok with driving it in the rain, I avoid stormy conditions.

Driving defensively is very important. You have to read the traffic and make adjustments for motorbikes, lorries, tailgaters and drivers who pull out camera phones.

The lifter on the Senna lets me get over speed humps or steep driveways, but parking is still a challenge. I choose my spots carefully and if I can't get a suitable spot, I'm prepared to drive away. These challenges make you feel alive and I love the fact I can use this car everyday.

TGS: The McLaren brand is synonymous with high-performance machines forged in the crucible of motorsports. It is only under such intense pressure that the best can shine through. Does this resonate with your own personal philosophy?

It's the same in life. It can hurt you. However, if you're switched on at work, in your relationships, with life in general and you can get into that zone, life can be extremely rewarding. TGS: We like that your Senna isn't a garage queen and gets driven a lot, much to the joy of the exotic car spotters. Are you of the mind that such exotics should be shared with enthusiasts?

SH: I'm not a collector of cars. I've only got the one (currently) and I get great enjoyment out of driving her. I love the heightened state of awareness you must be in to daily-drive a car like this.

From the moment you turn it on, you're taking in the sounds, vibrations and visual cues that make this car what it is, and that's even before you get rolling. I love the fact she gets attention from enthusiasts and I love receiving pictures and video clips of her out and about.

If she can put a smile on someone's face, make their day just a little bit more special, or inspire them to dream big, I'm happy.

TGS: What's the first thing you'll do when the border with Malaysia opens up?

SH: Singapore has some spectacular city routes that are beautiful to experience at different times of the day.

I love the relative security and safety Singapore roads have to offer when it comes to cruising around town, but Malaysia does have the Sepang International Circuit.

The race-track is exactly what the Senna was designed to dominate, and driving it on track is the first thing I'll be doing.

To be gifted with the opportunity to own the fastest road-legal track car McLaren has ever made, yet not aspire to experience it around a track is criminal!