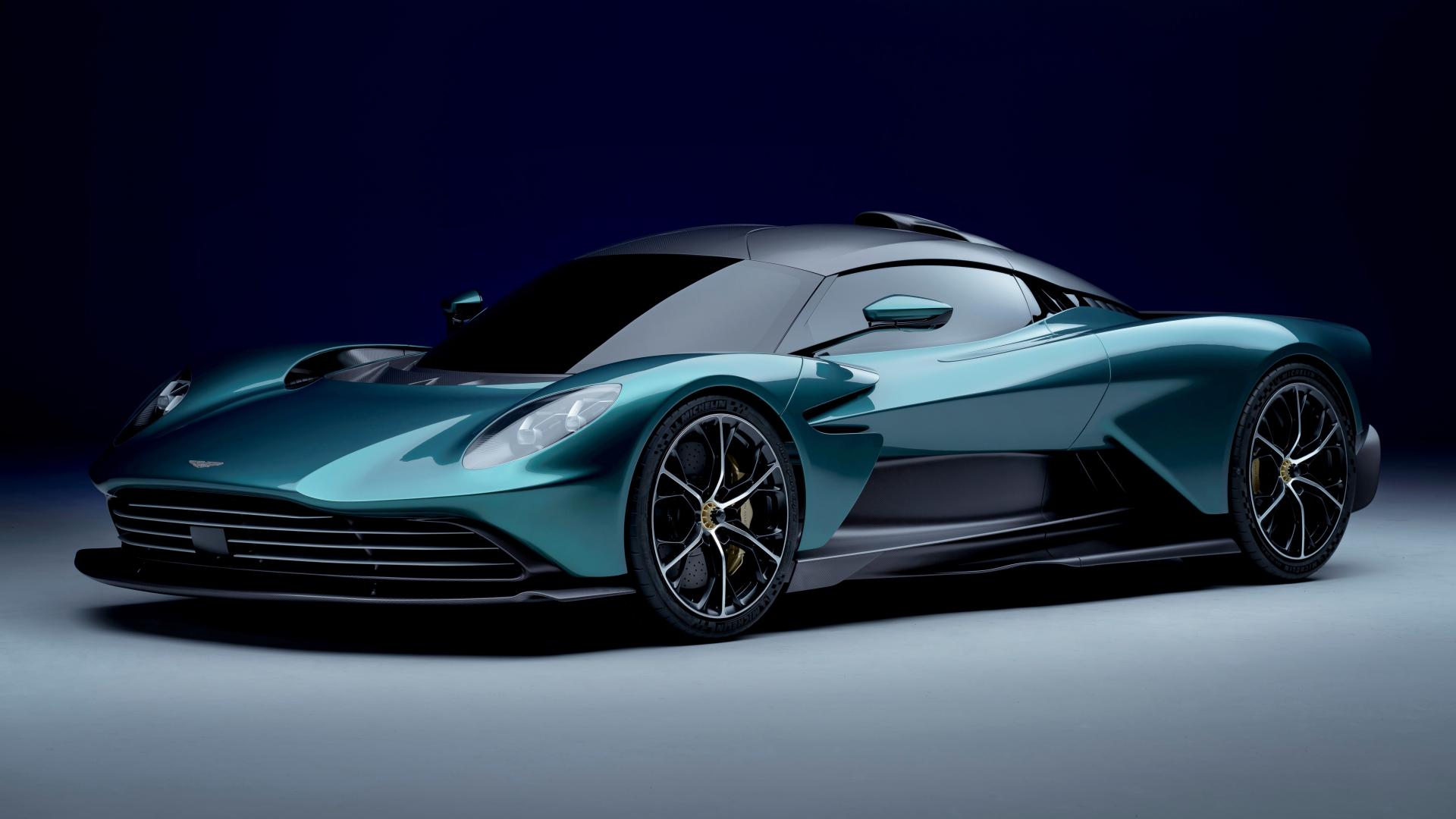 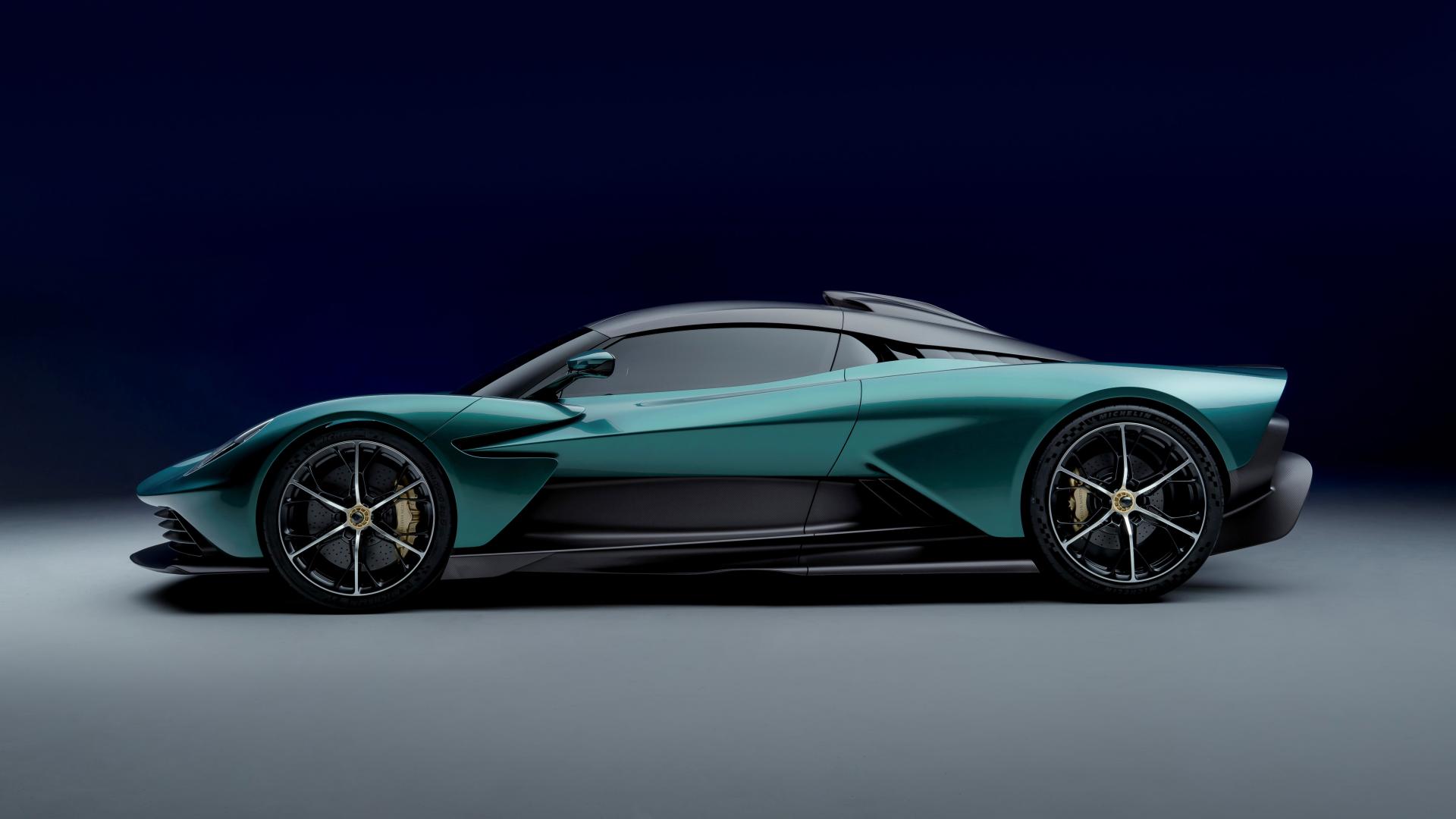 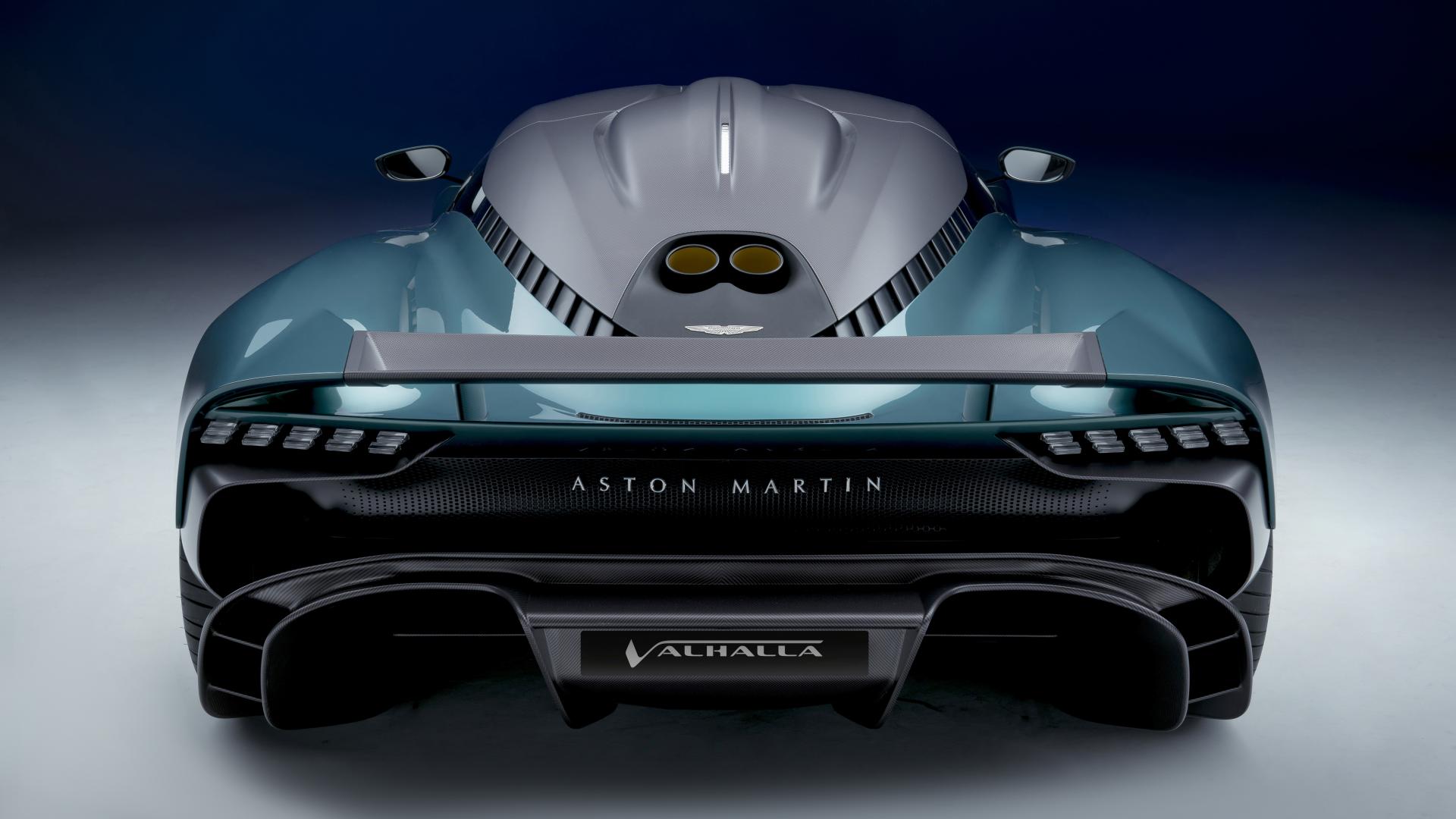 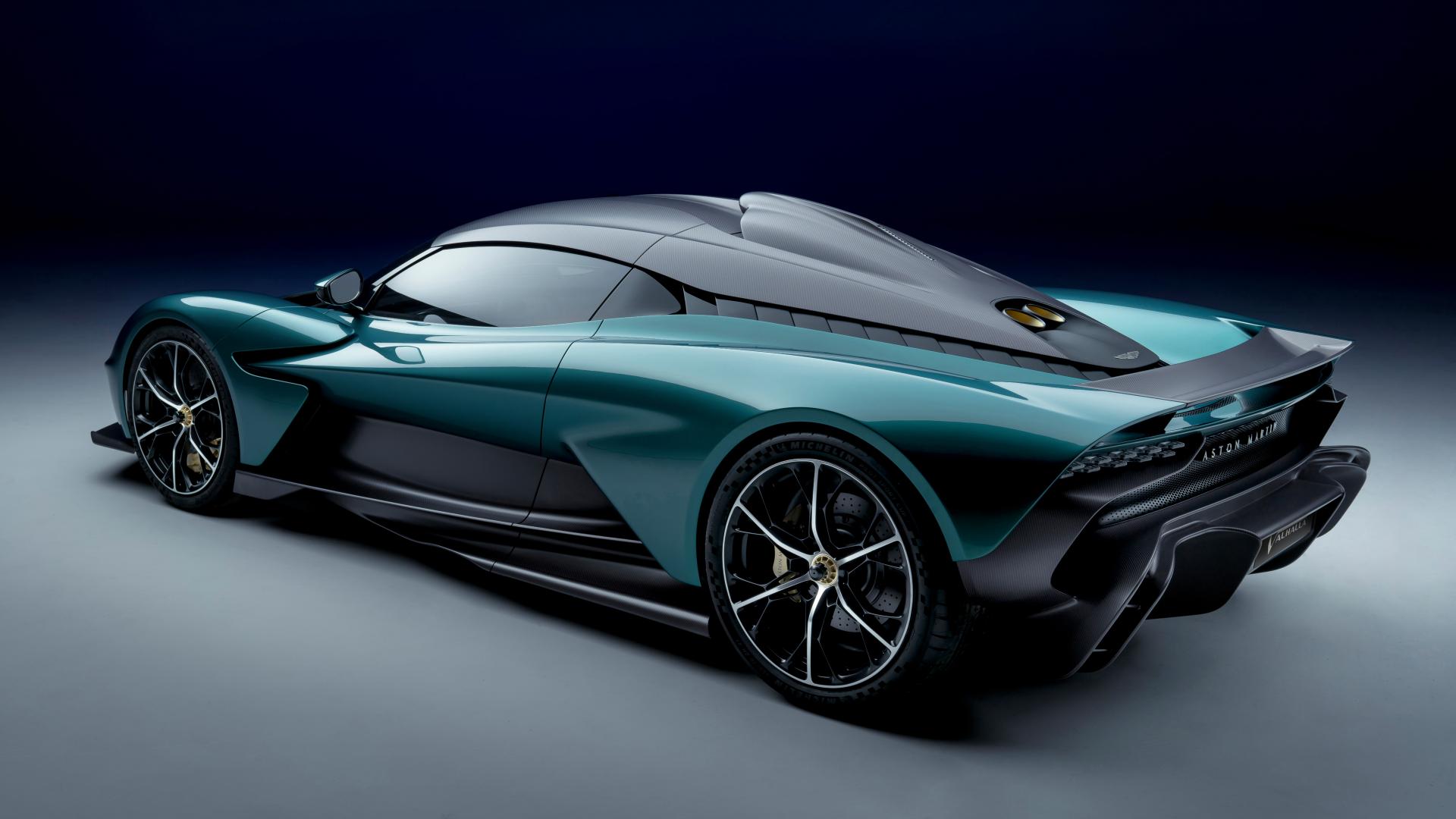 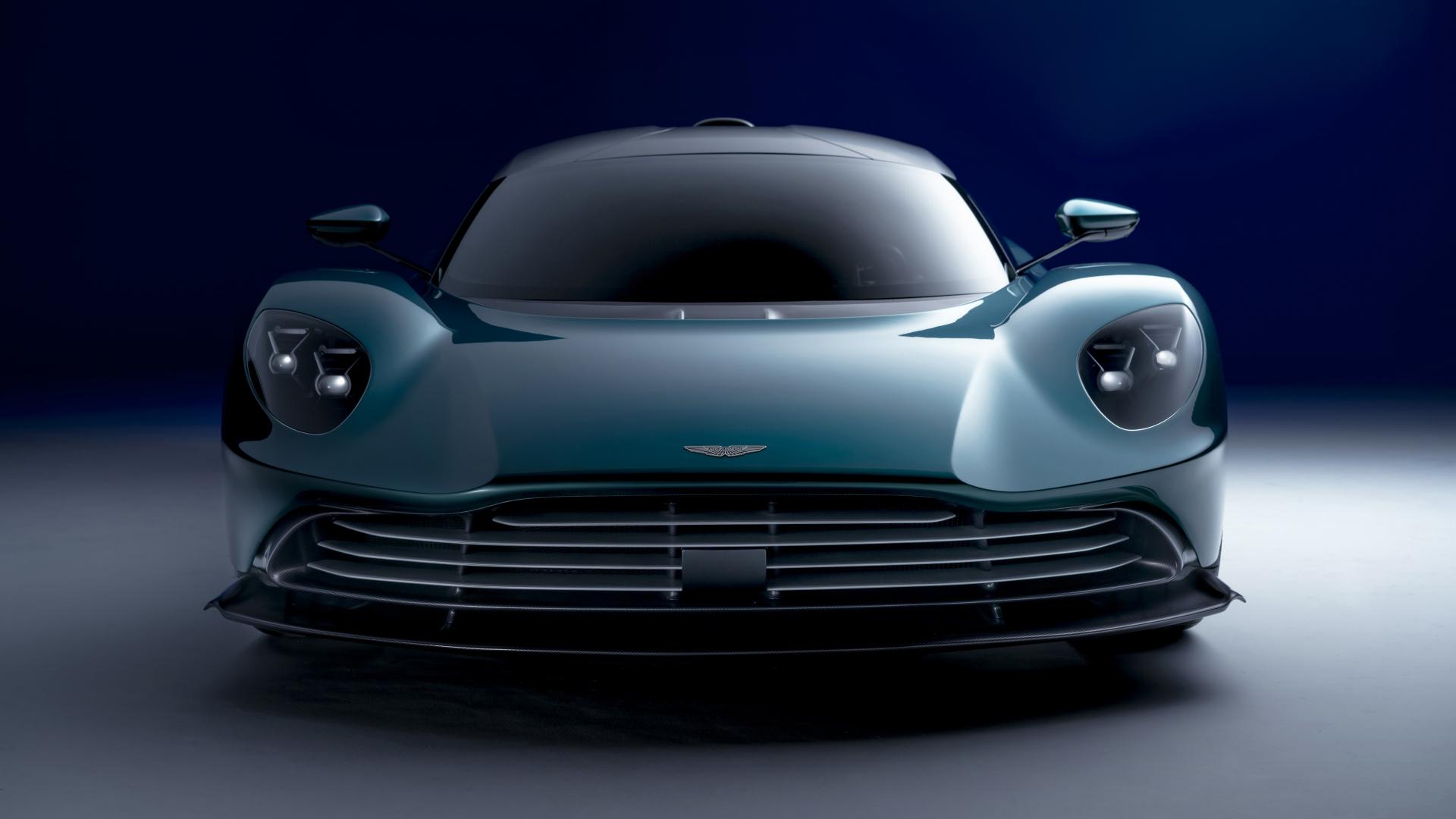 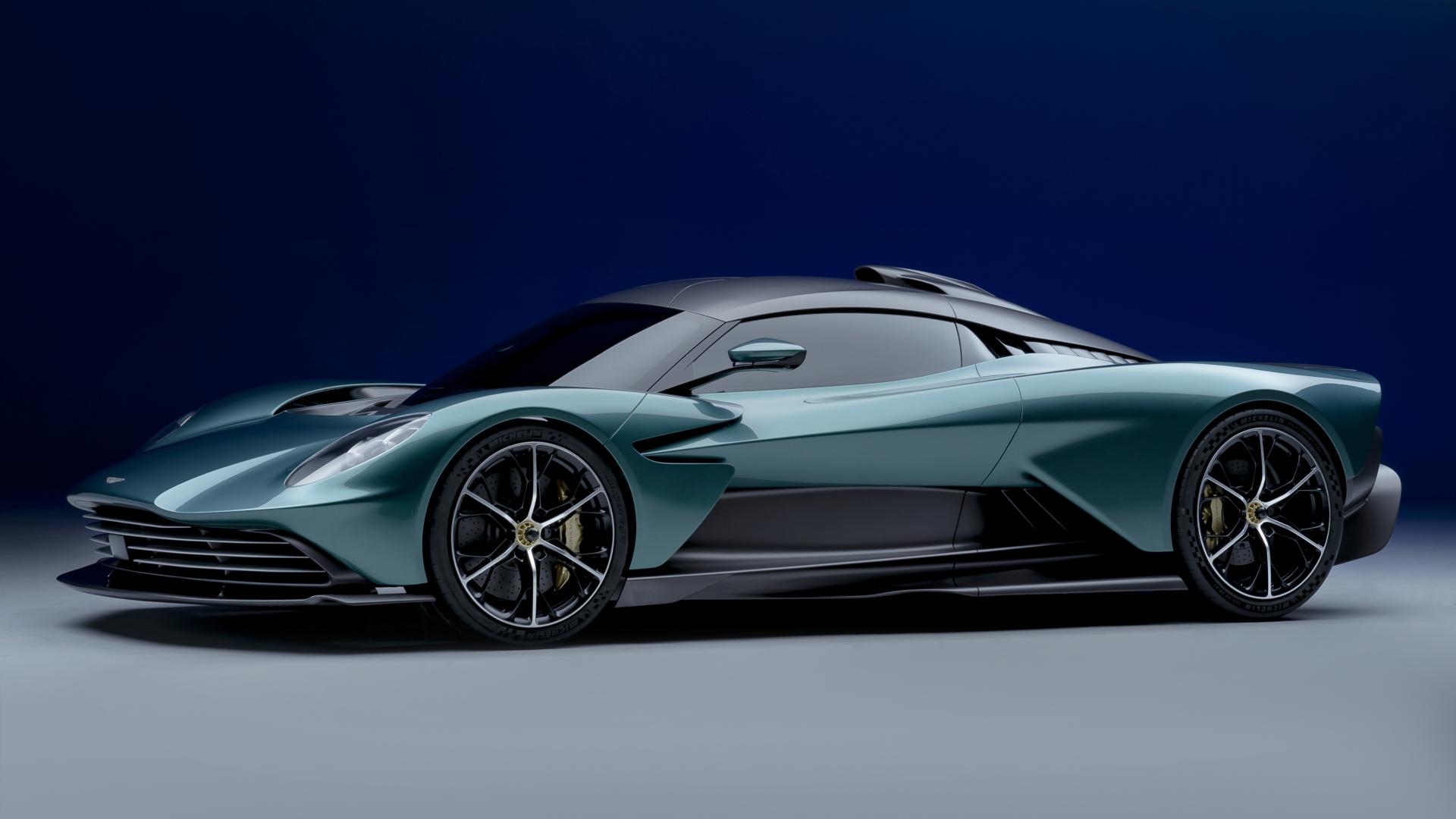 While the Valkyrie was busy screaming up the hill and whipping the Goodwood crowds into a champagne-soaked frenzy, we were being ushered into a private viewing pod on the opposite side of the estate, away from the public’s prying eyes to see this… the production version of Aston’s other hypercar, the Valhalla.  Aston’s other hypercar… never thought we'd be typing that.

You may recall the Geneva Motor Show in 2019, when ex-boss Andy Palmer revealed his three-pronged assault on the mid-engined supercar market with the Valkyrie, Valhalla and Vanquish – in descending order of insanity.

The £2.5m Valkyrie was and still is the daddy, the ultimate speed machine on road and track. The Valhalla was pitched as a more useable car but still very much in the hypercar league. The Vanquish was the ‘attainable’ one, the McLaren Artura rival built around an aluminium chassis, not a carbon tub.

Since then it’s been all change at Aston with a new CEO arriving – ex-AMG boss Tobias Moers – and a re-jigged product plan, which you can read all about in our recent interview with Moers, here.

The good news is the mid-engined cars have survived. In time we’ll see the Vanquish, and here in all its (almost) production-ready glory is the Valhalla, yours for around £600k, with first deliveries expected at the back end of 2023.

Scroll back through your browsing history and you’ll see this new Valhalla has changed significantly from the 2019 concept – both in the styling department, and under the skin.

Development of Aston’s in-house twin-turbo V6, which was earmarked to power Vanquish and Valhalla with hybrid assistance, has been booted into touch in favour of an AMG V8. No complaints here.

The V8 in question is a 4.0-litre, twin-turbo with a flat-plane crank revving to 7,200rpm and producing 750hp. The same V8 as the AMG GT Black Series, then, although Aston is keen to point out the mapping is bespoke, the engine mounts are unique and the so’s the gearbox – an 8spd twin-clutch Graziano unit with an e-diff incorporated, that does away with a reverse gear and spins the electric motors the opposite way instead.

In addition to the V8 are a pair of electric motors, one on each axle, delivering four-wheel drive and an extra 200hp for a total of 950hp. A little way behind the 986bhp Ferrari SF90 – another V8 plug-in that’ll draw inevitable comparisons – but look, we’re north of 900hp here, let’s not worry about a shortage of anything. 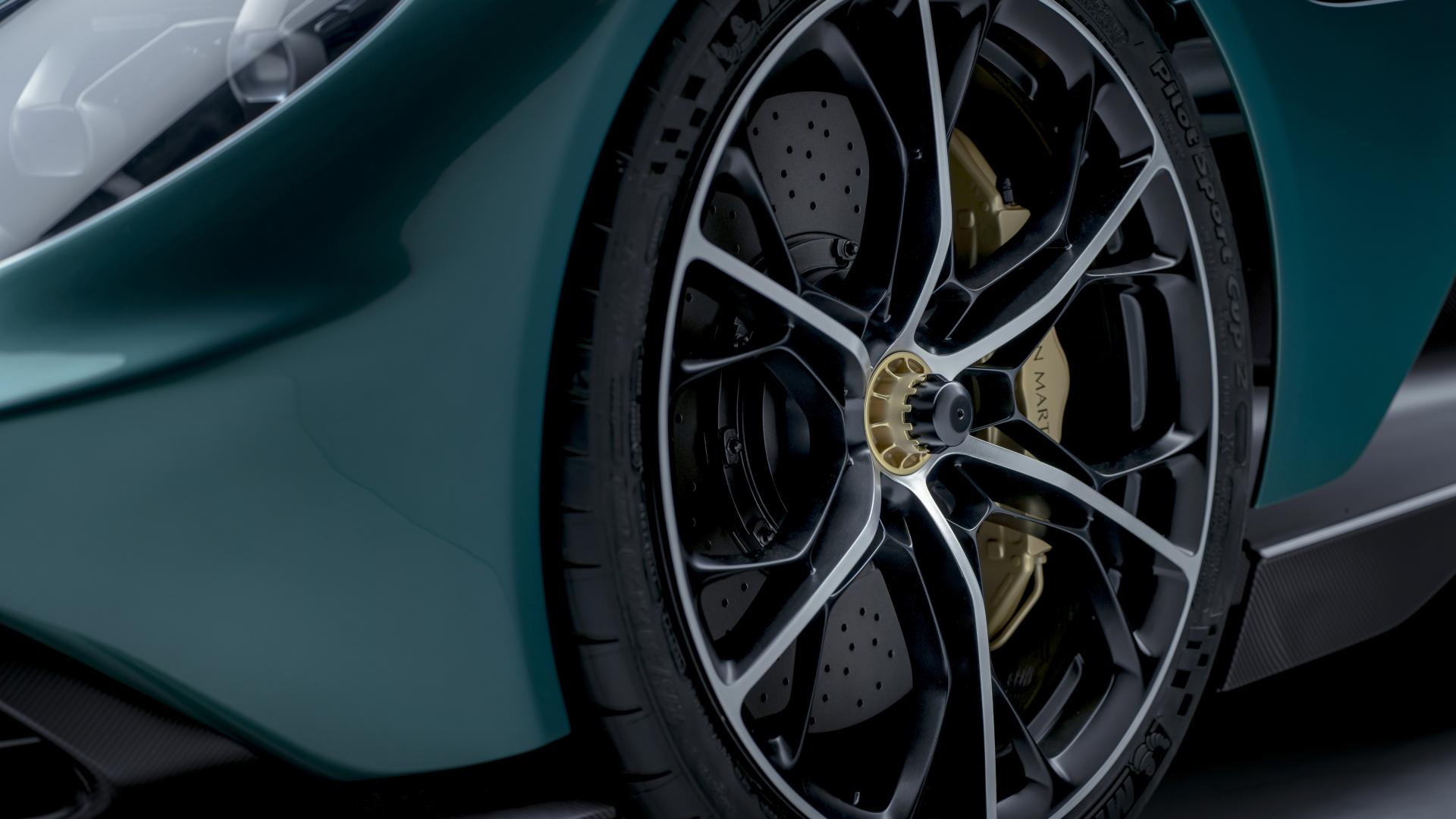 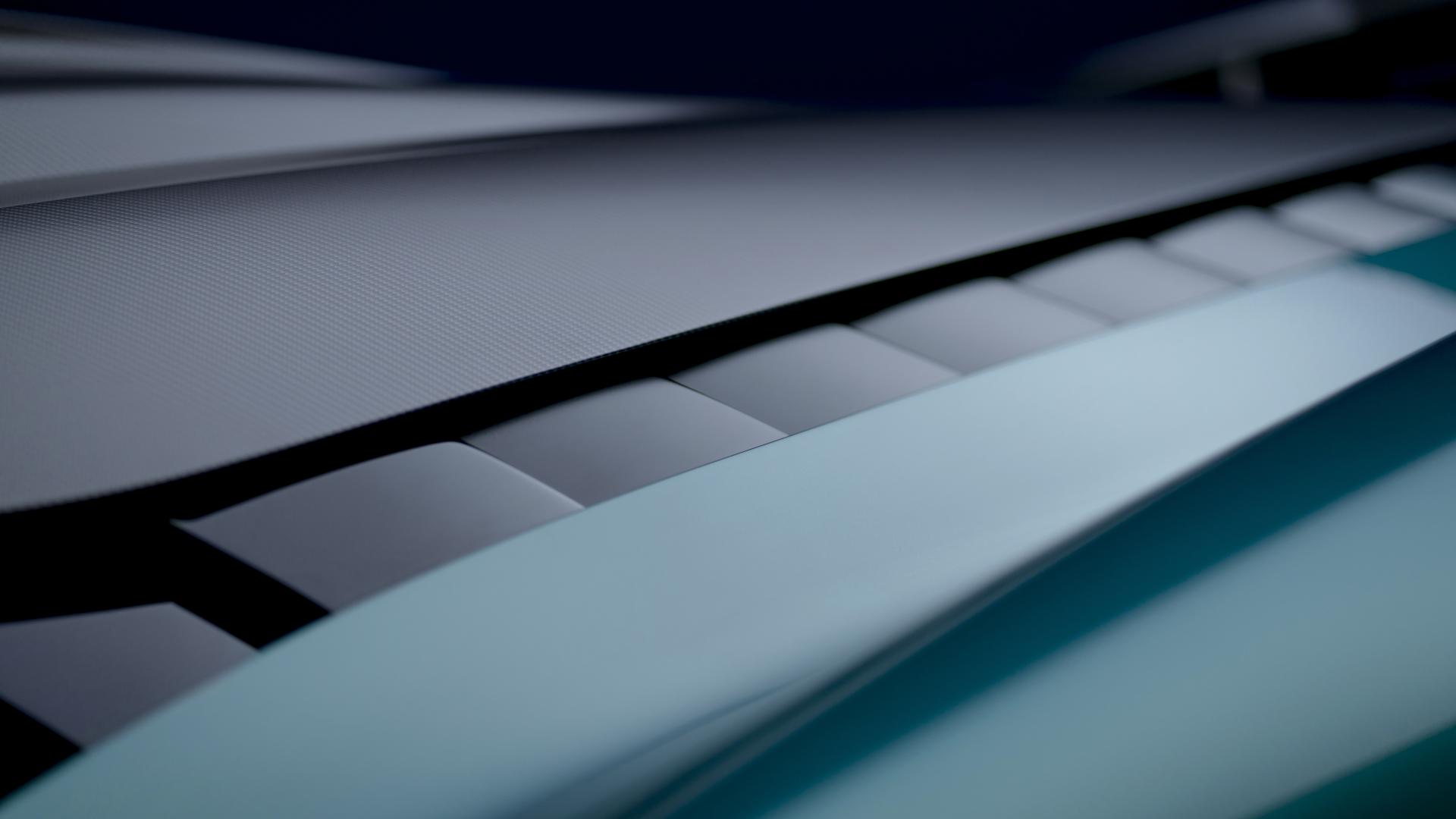 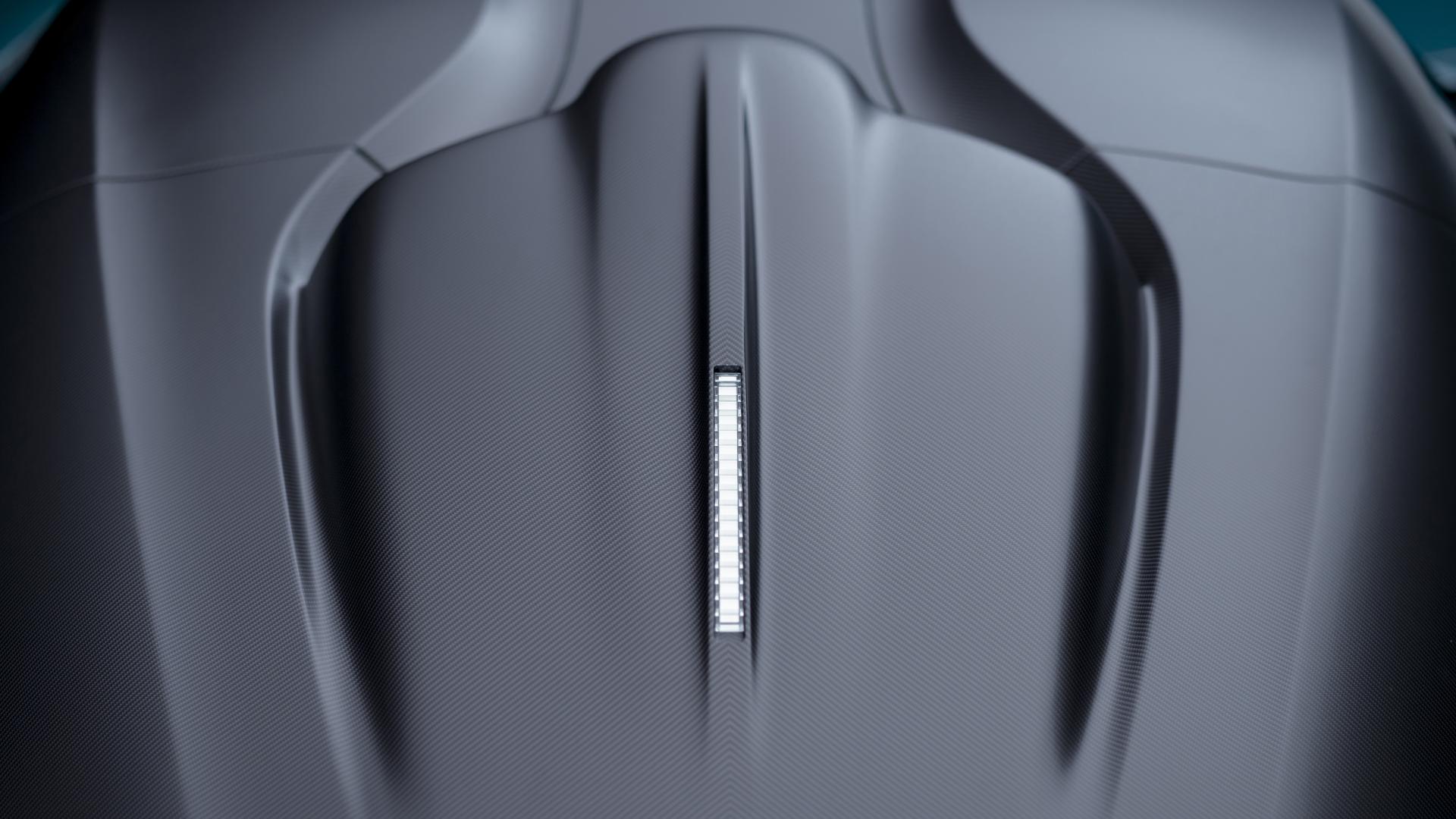 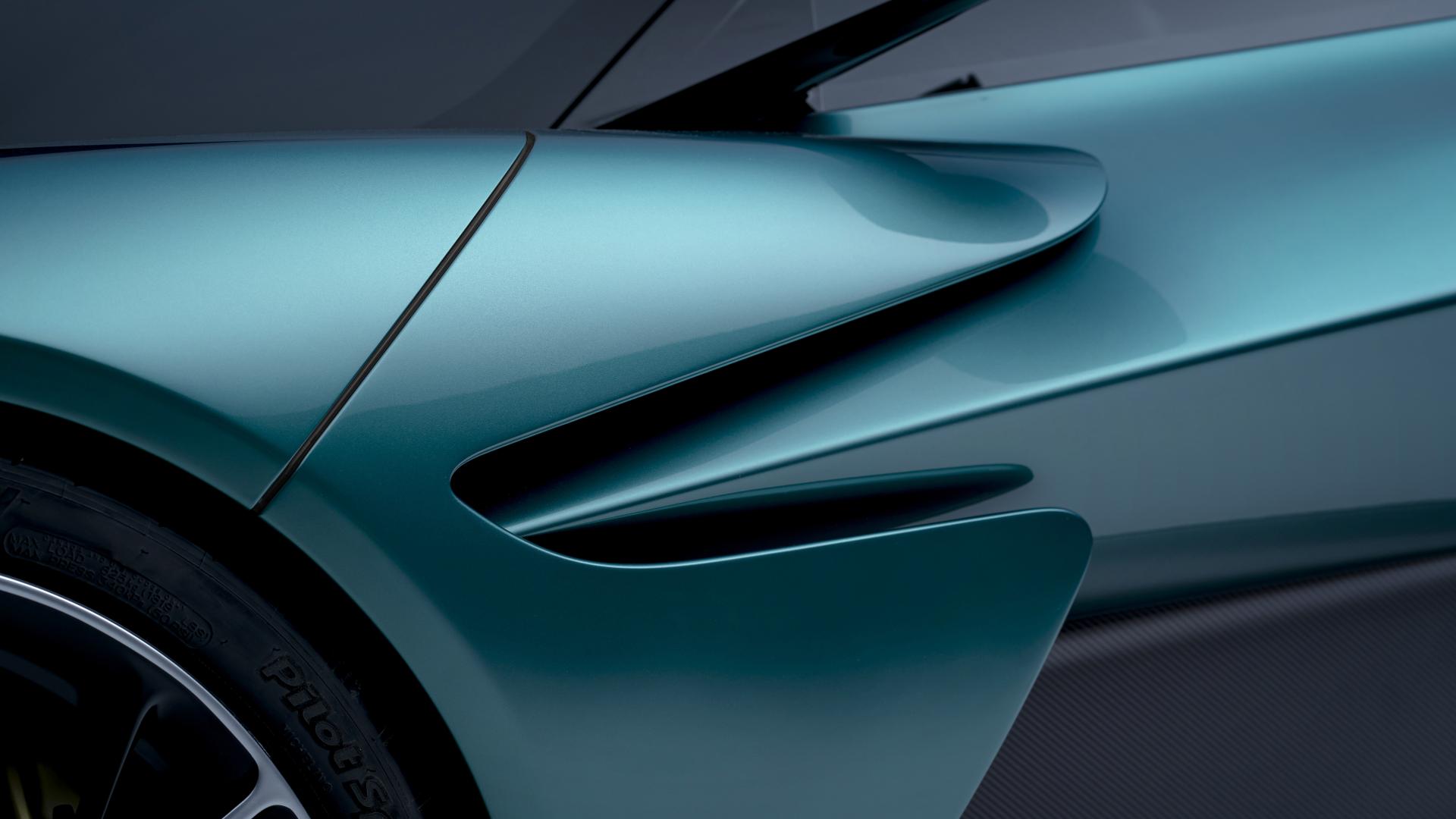 Aston says “a stunning 6m 30s Nürburgring Nordschleife lap time is being targeted.” That would make it the fastest series production car ever around the Green Hell, shaving a good chunk from the current record holder - Porsche’s recent 6m 43.3s in a 911 GT2 RS with ‘Manthey Performance Kit’.

The chassis is excess all areas: carbon tub, push-rod front suspension, multilink rear and Multimatic adaptive springs and dampers that can slam the car in Track mode, or raise the nose for speed bumps. Steering is electrically assisted, brakes are carbon ceramic, panels are all carbonfibre. A target dry weight of under 1550kg would sneak in at 20kg under the Ferrari SF90.

To the styling – definite Valkyrie vibes and a lot more going on than the original concept, more obvious aero additions everywhere (it produces 600kg of downforce at 250km/h) from the front splitter to the side sills, to the massive diffuser tunnels at the rear.

Note the Valkyrie-style jewel-like rear lights, complete lack of rear-screen and our personal favourites – the vertical tailpipes and ram-air intake on the roof.

No look at the interior yet, because there isn’t one, it’s just an exterior model for now but we’re promised front-hinged dihedral doors that cut deep into the roof for easier access and a seating position that’s not quite as aggressively laid back as the Valkyrie… but not far off.

Which begs the question… is the Valhalla – which won’t be built in limited numbers – an unnecessary halo car for a company that already has the Valkyrie?

Is Aston over-saturating itself? Or is it the perfect solution for anyone who missed out on one of the 150 Valkyries? Something with almost the same performance for a fraction of the cost. Either way, if hypercars tickle your pickle, we’re currently spoilt for choice.