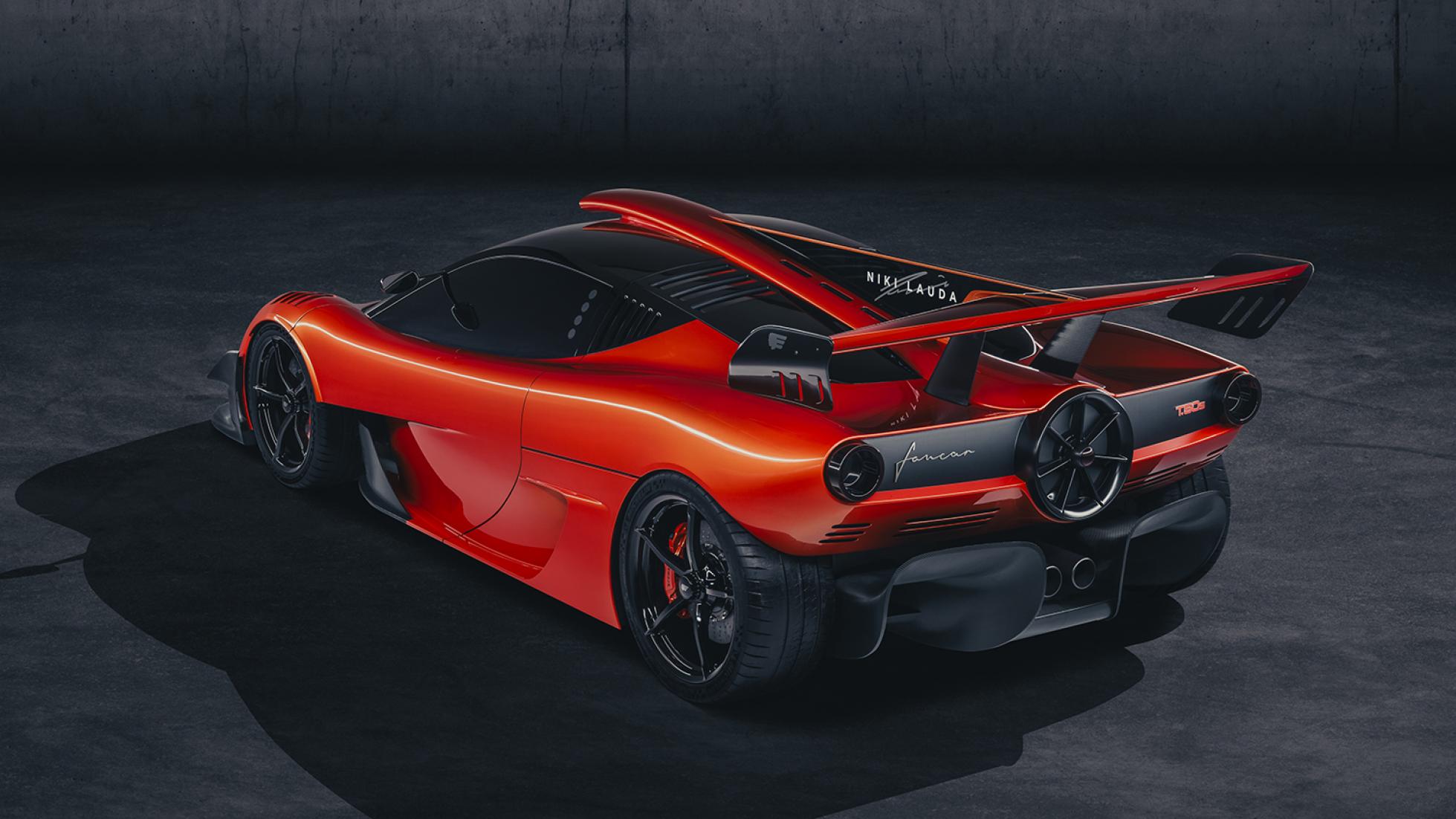 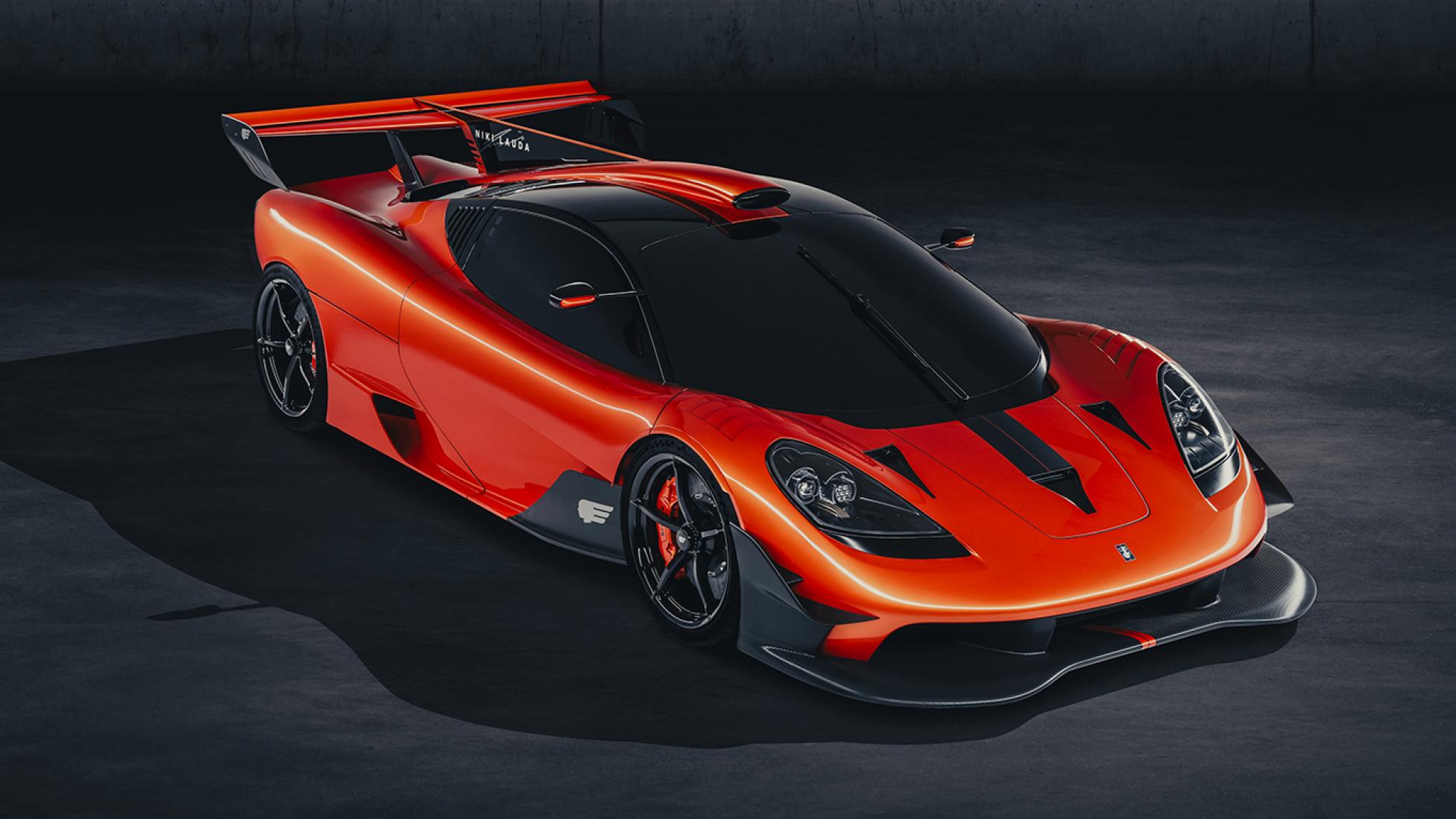 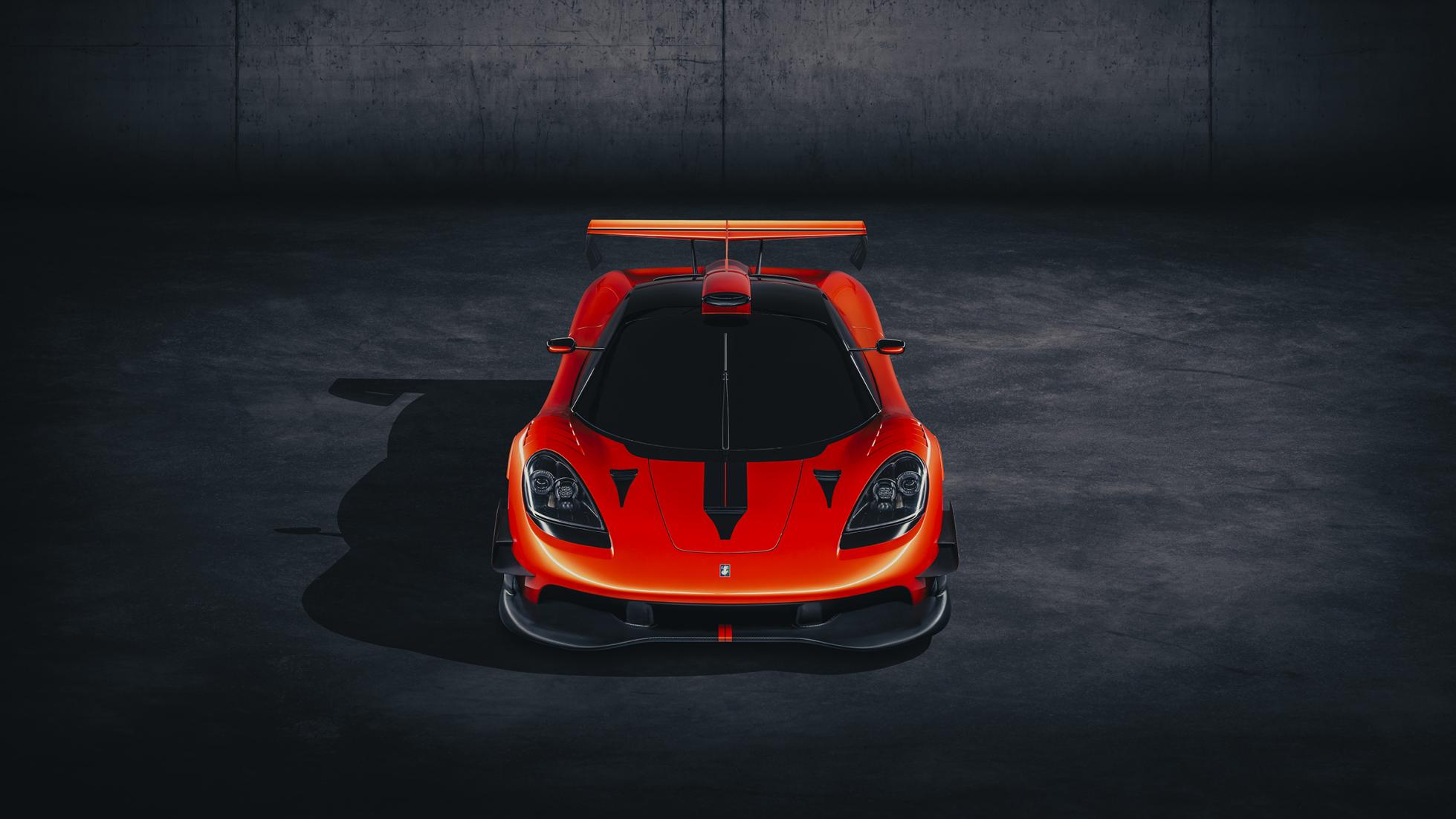 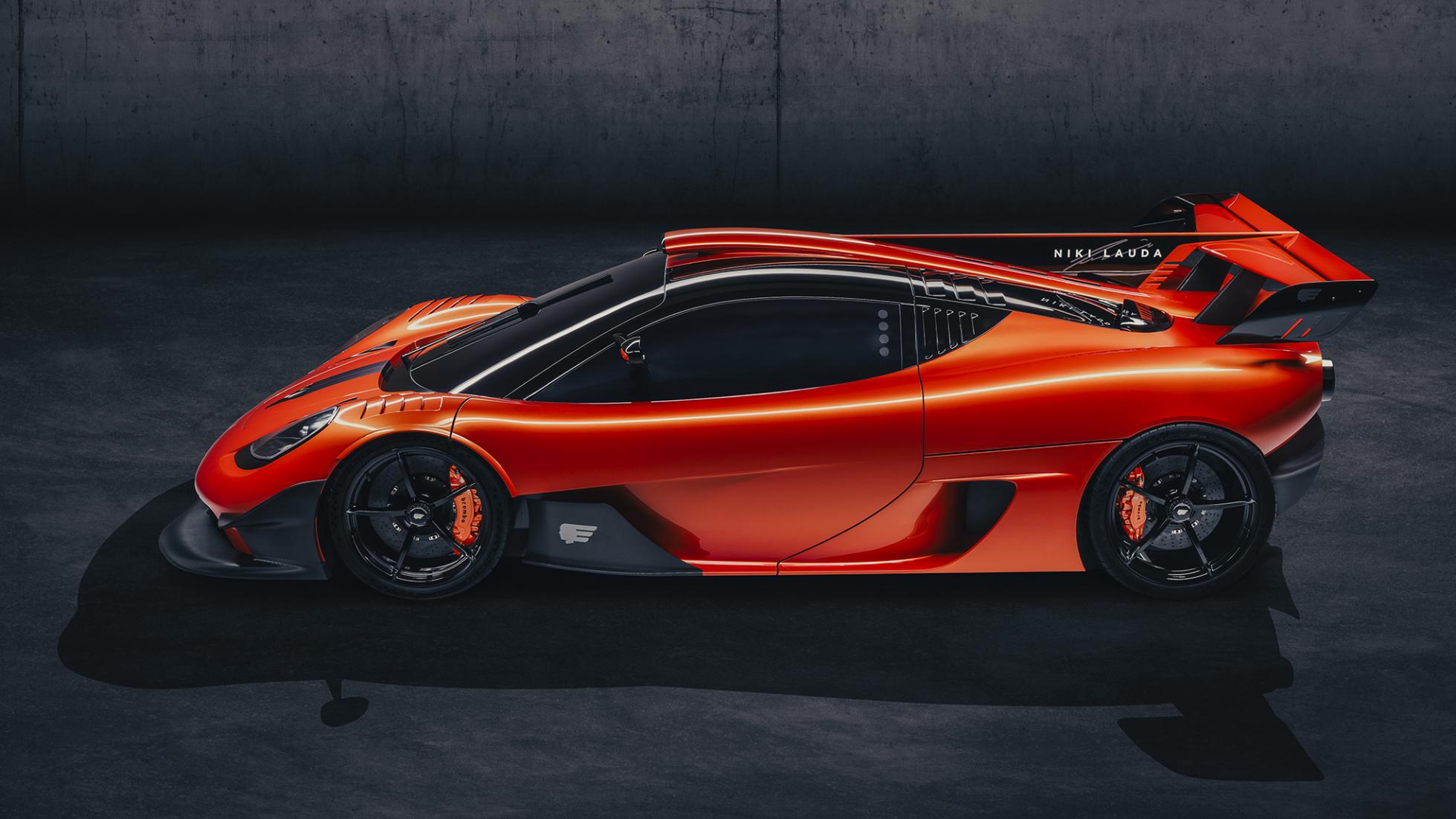 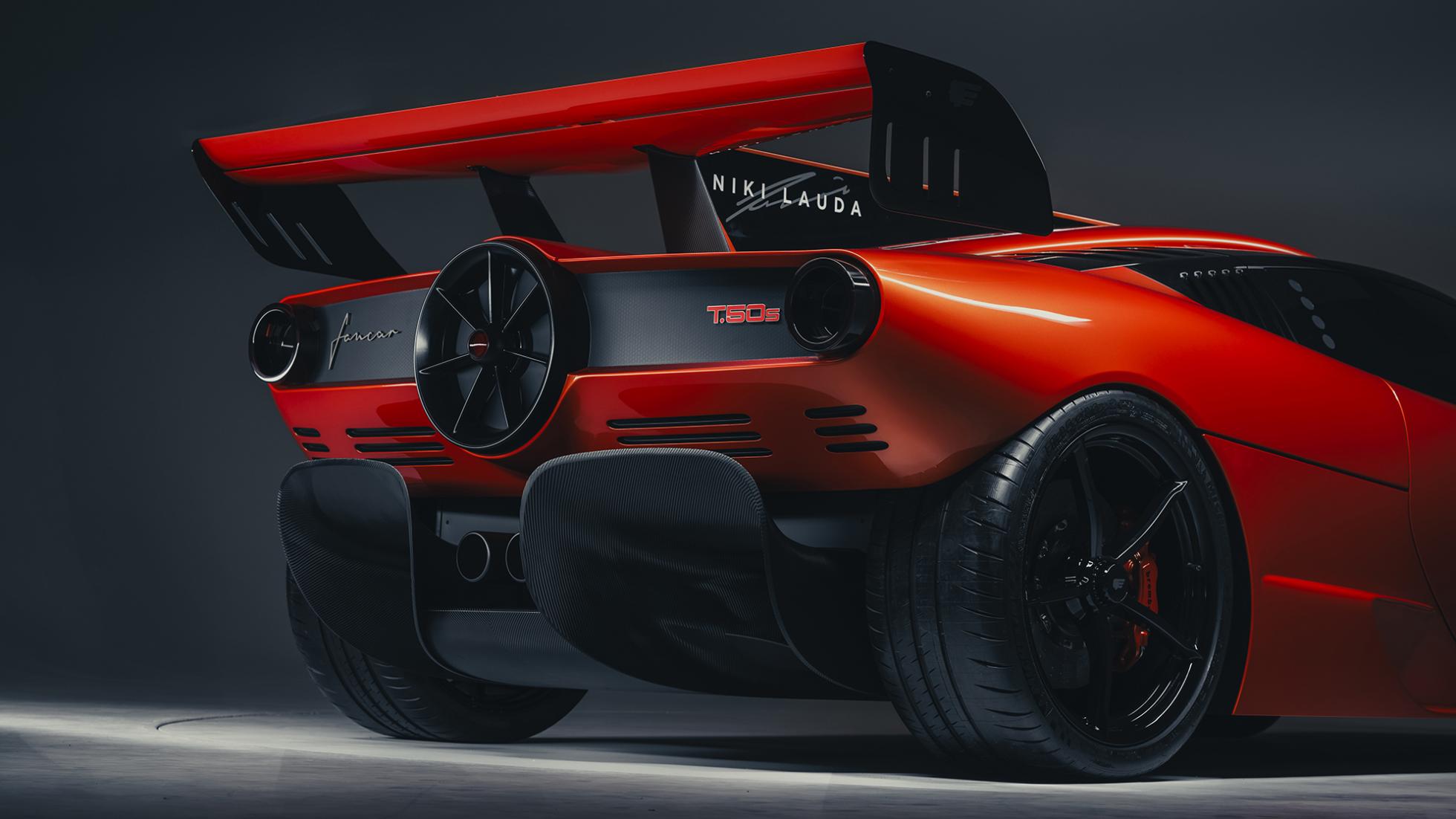 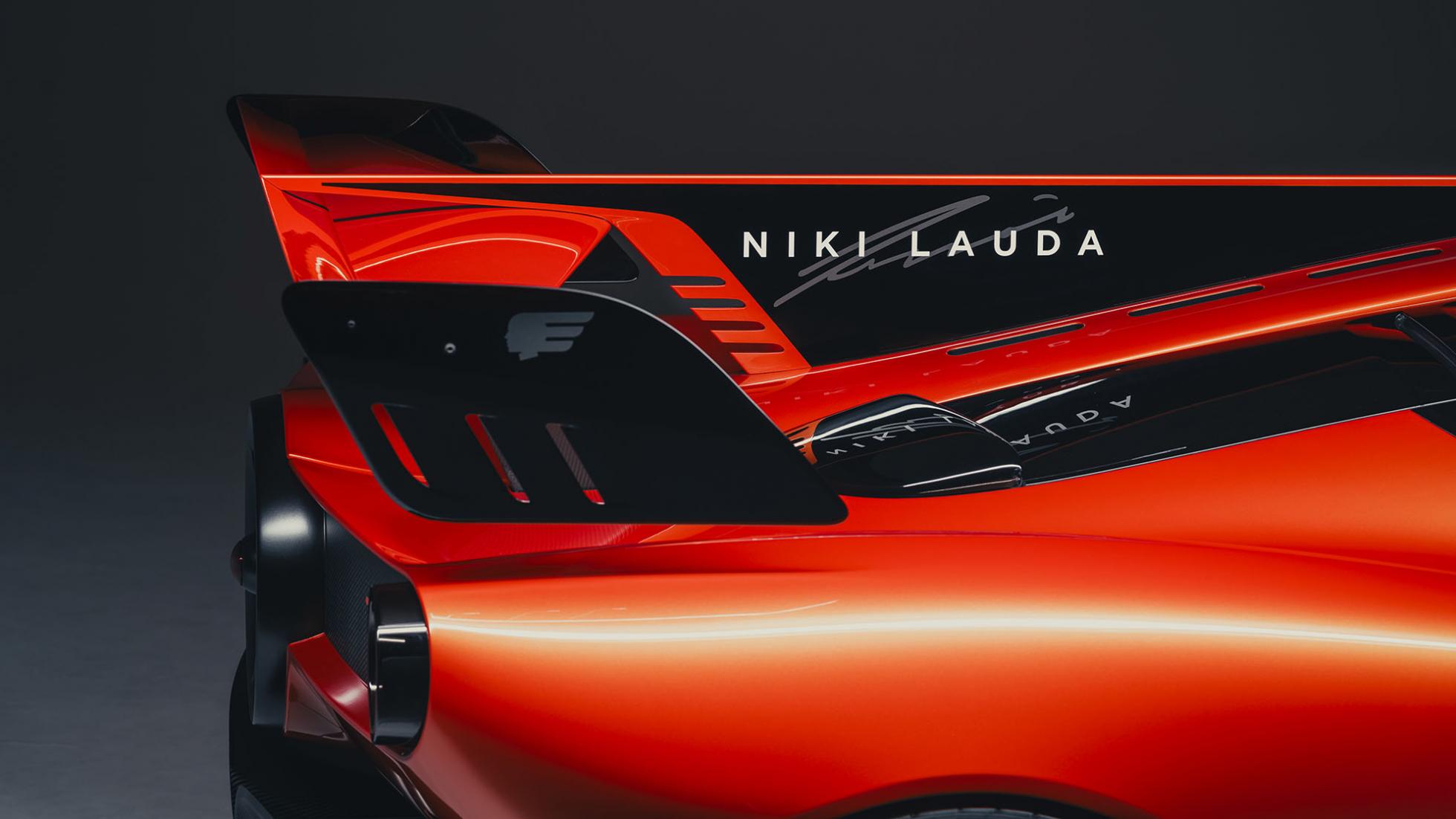 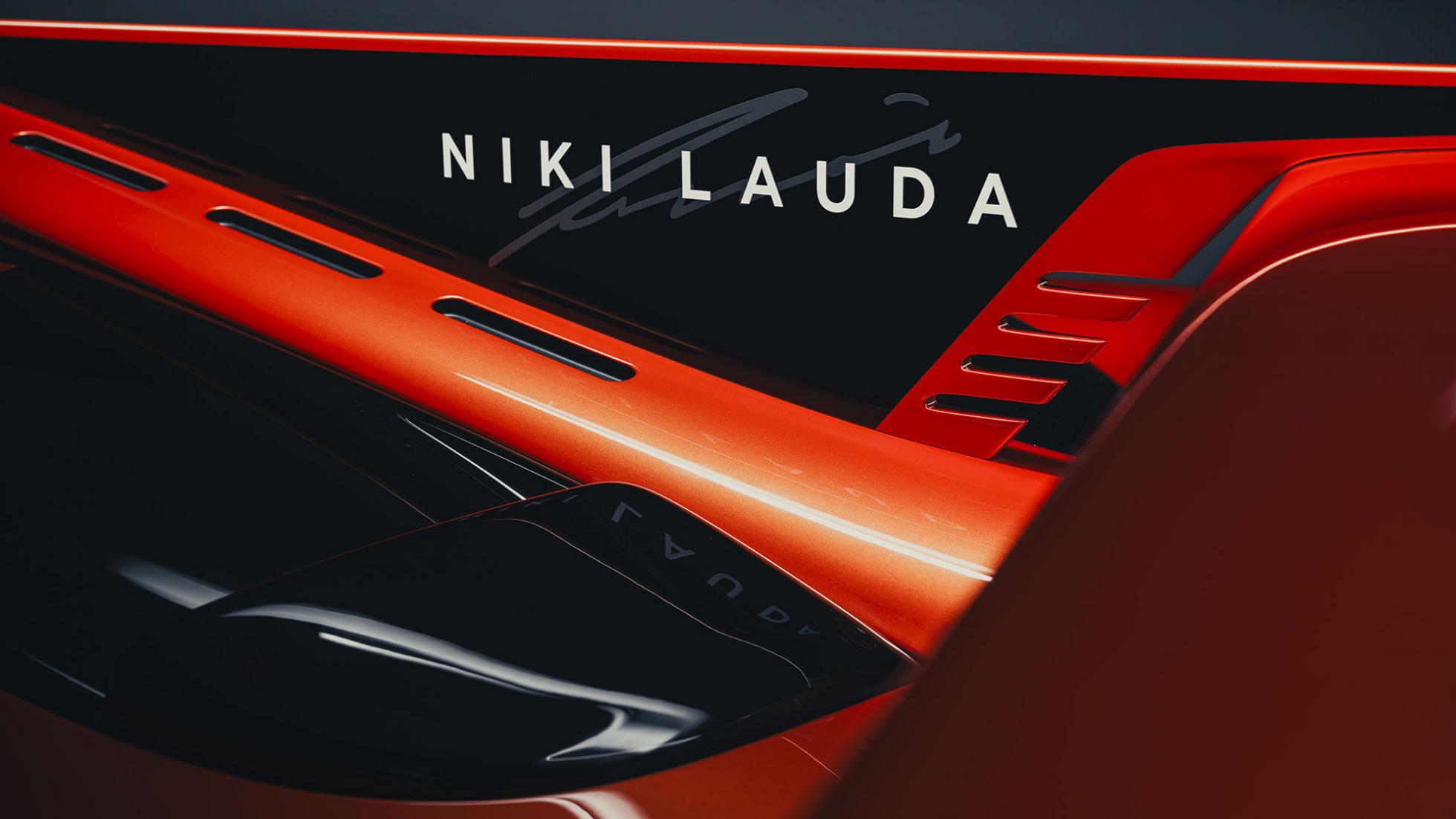 Today would’ve been three-time F1 world champion Niki Lauda’s 72nd birthday. Though he’s no longer with us, his Brabham teammate Gordon Murray has just revealed one heck of a tribute to his much-missed mate. His ultimate supercar, turned up to eleven. Say hello to the GMA T50S Niki Lauda.

This is, in short, a track-only version of the T50 supercar. Only 25 will be made. It’s lighter, louder, faster, more downforce hungry and 100 per cent less road legal than the ‘standard’ car. And you think you’ve heard it all before, from the likes of the McLaren P1 GTR and Ferrari’s FXXK.

But Gordon says you’re wrong. The £3.1m T50S is much more than just a bolt-on slicks’n’wings job. It had to be, to earn the name it wears on that razor-sharp fin. Apparently that’s not a swipe at the McLaren Senna, in case you were wondering about beef. Just a naming coincidence…

Shall we begin with the engine? It’s a measure of how obsessively Professor Murray sweats the small stuff that the regular T50’s record-breaking Cosworth V12 was judged not quite ear-burstingly special enough for this circuit monster. Or rather, in this version he can get away with stuff not allowed in street cars…

So, the 3.9-litre V12’s been reworked to weigh 16kg less than the street-legal version, rev to its 12,100rpm redline even faster, and – thanks to revised cylinder heads, camshafts and a raised compression ratio – pump out 735hp. That’s an increase of 75hp from street spec.

Breathing in through a RAM-induction roof scoop and 12 throttle bodies, and exhaling into a thinner-walled Inconel exhaust almost freed of silencers, the noise will rival F1 cars from the era when Murray and Lauda were reigning world champions. Can you imagine?

More power pushes along less weight. By binning the right-hand passenger seat (replaced with a control bank orientated for right-handers), pesky soundproofing and the infotainment system, Murray’s continued to wage his war on weight. Britain’s new track-day must-have weighs in at just 852kg: an eye-watering 134kg less than the road car.

Put it like this: you’re ogling a machine that – despite cradling a 12-cylinder engine – weighs a little over half as much as the bullet-quick Porsche 911 Turbo S. Oh, and it’s got another 75hp. ‘Crikey’ doesn’t quite cut it. 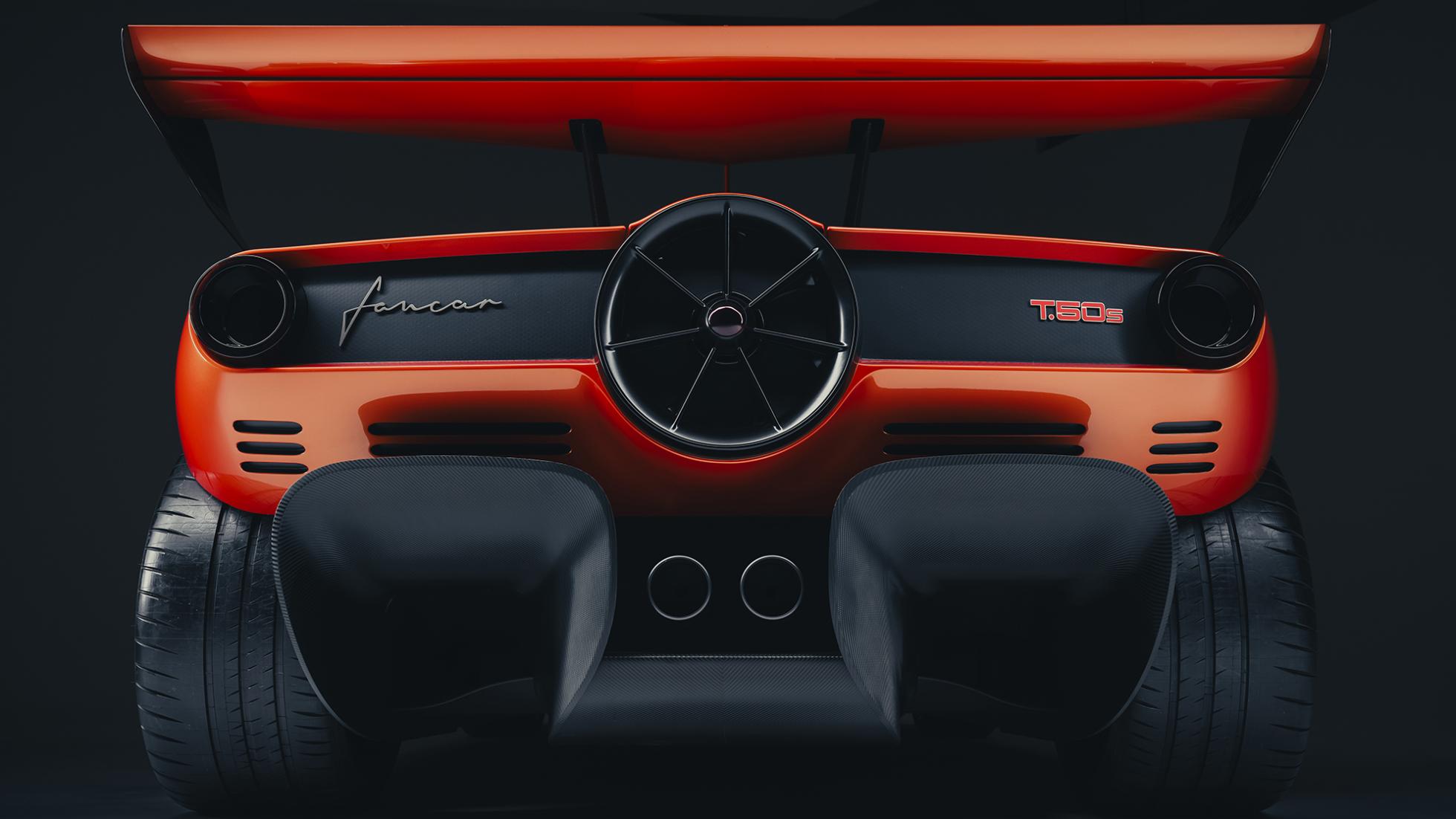 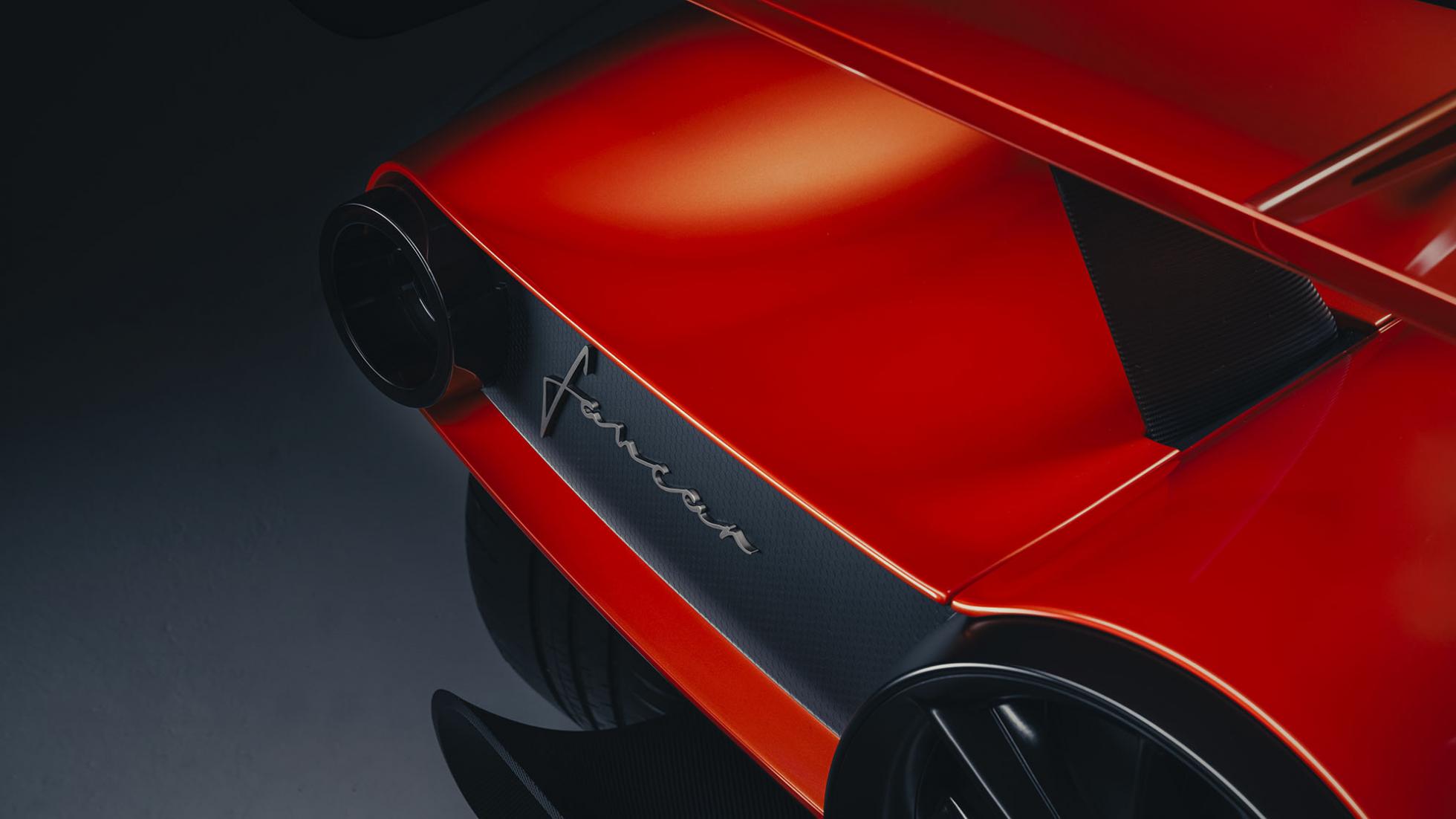 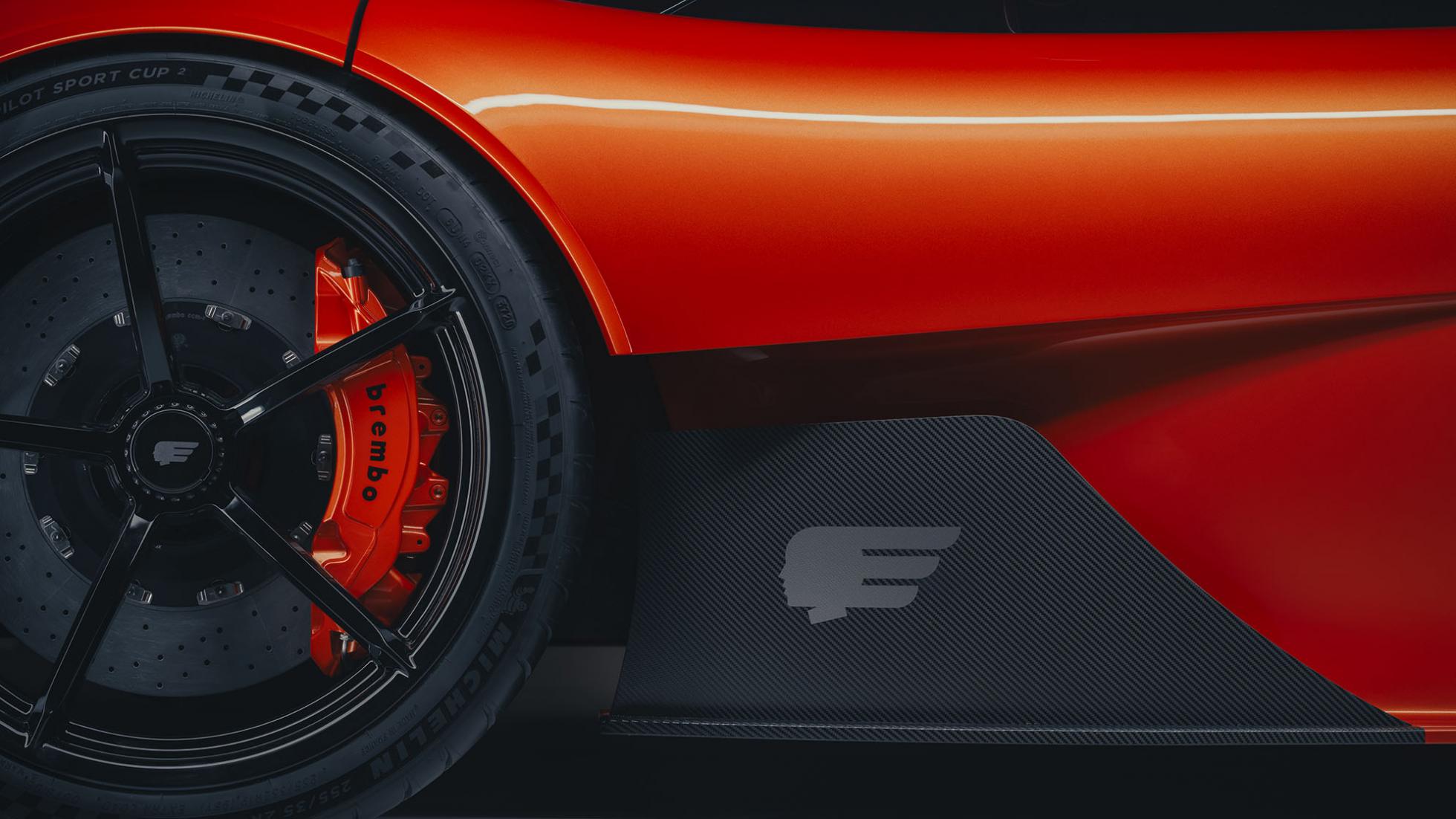 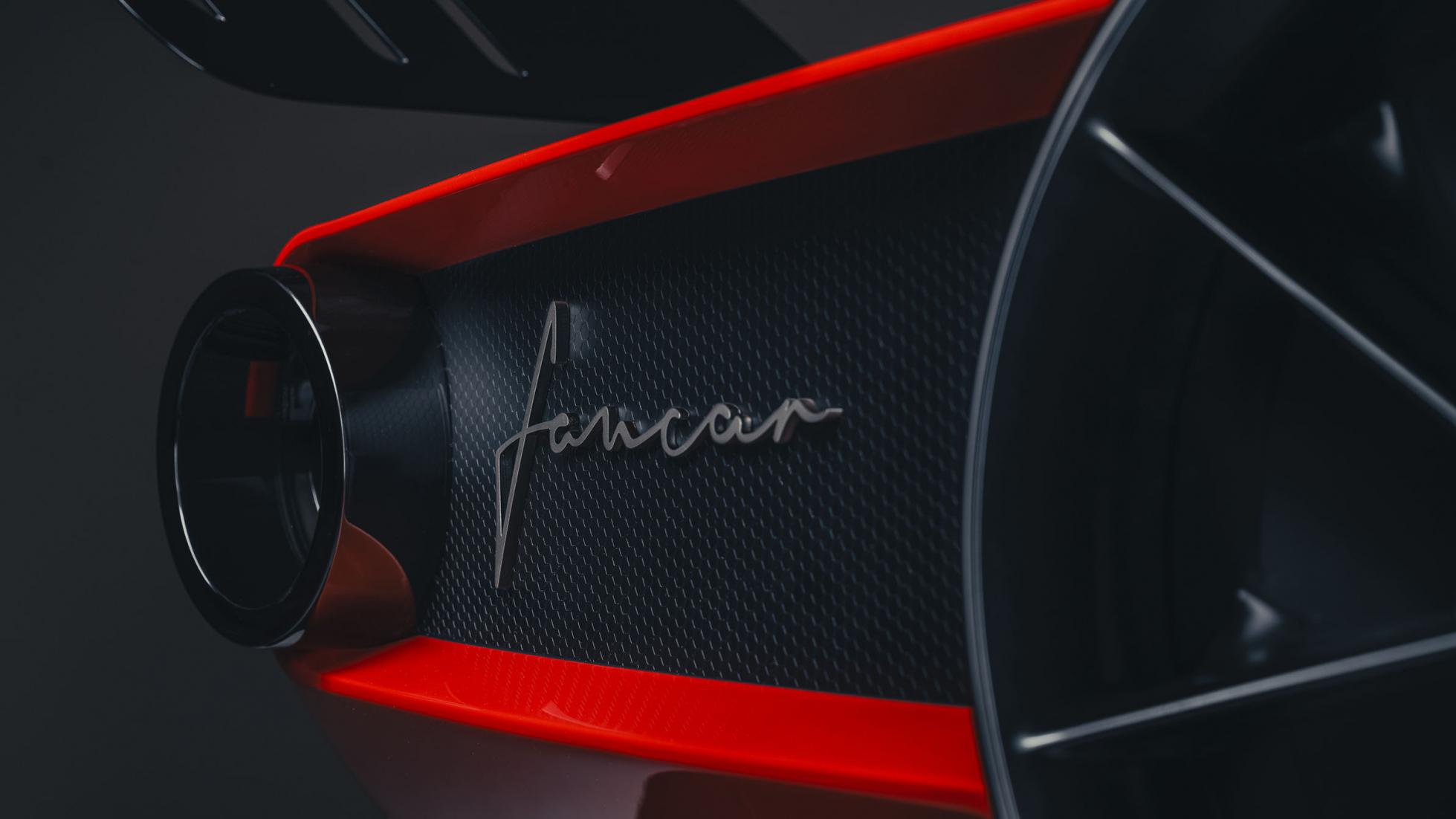 ‘Thorough’ is the next word that comes to mind. Not only has Gordon specified a revised carbon monocoque chassis for this even-more limited edition, the ‘S’ has a whole new transmission. Out goes the manual. In comes a six-speed Xtrac paddleshift sequential ‘box geared for a v-max between 320-330km/h.

Shorter-stacked ratios for smaller go-kart tracks will be offered, topping out at only 275km/h. Just about the only bits of hardware carried over unchanged are the headlights and the brakes. Even the trademark fan out back, while the same size as the T50 blower, now only runs in a single 7,000rpm High Downforce mode.

Weirdly, Murray insists this weapons-grade unicorn is not a pure lap-time monster. Just as the road-going T50 targets the ultimate driving sensations over outright number-bragging, the ‘S’ is designed to be approachable and friendly. A love letter to track driving, rather than a maths exam.

You don’t believe me, do you? You’ve taken a look at that enormous wing and decided this thing’s just a stopwatch pleaser. Well, let me tell you a little story.

During computer testing, the team conceiving the new splitter, fin, side ducts, massive diffuser and rear wing calculated the car was capable of producing a monumental 1,900kg of downforce.

Because of the effect this would’ve had on the steering effort, suspension, and the car’s sense of agility, Gordon decreed downforce should be dialled back to a mere 1,500kg. And even that is fully adjustable. Now he’s just showing off. Not that you’ll need a pit crew. To encourage the 25 lucky owners to actually get out there and rinse the thing, everything’s been drawn up to require a minimum of mollycoddling. Unlike a Ferrari 599XX, you even get to keep the car in your own garage rather than having to store it at the factory. How kind.

The boss himself said: “It was essential to me that the T50S Niki Lauda is easy to live with and enjoy. You will own the car, you will be completely in control of where and when you enjoy it. My vision is that owners will take it to a circuit, check the tyre pressures, climb in, fire it up and have fun. That’s the way it should be.”

What’s lovely is the blend of engineering perfectionism and just a dash of poignant nostalgia. Each of the 25 T50S chassis will be named after Gordon Murray’s grand prix wins on different circuits.

So, the first car will be the ‘Kyalami’ after Gordon’s debut grand prix win in his native South Africa. Inevitably, one of the other 24 will pay tribute to the 1978 Swedish GP, when the Brabham BT46B fan-car was driven to its sole (infamously dominant) victory by the late, great Lauda himself. TopGear tours Gordon Murray’s incredible T50 factory, and we play with a knob